The Shemitah, the Fourth Blood Moon, and a Coming Storm?

The Two Kingdoms: Understanding Your Role in Spiritual Warfare 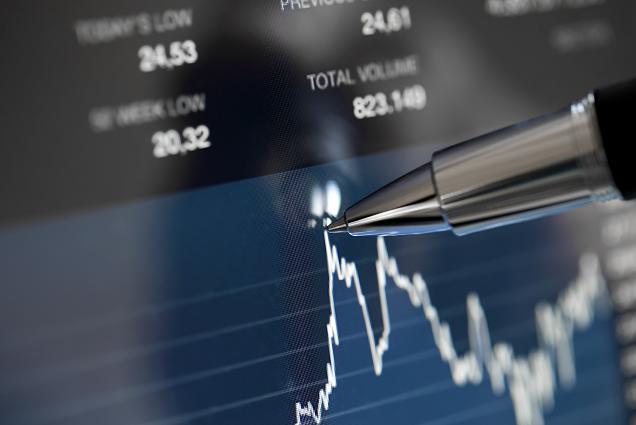 Will 2015 usher in financial collapse and economic disaster?

Rabbi Jonathan Cahn made headlines with his best-selling book The Harbinger, which connected dots between ancient biblical prophecy from Isaiah and America’s current culture, including precise tie-ins to events such as 9/11 and the market collapse of 2008. Now, Cahn is making headlines again with his discourse on The Shemitah, the seven year Biblical cycle which America’s own economy has seemed to follow:

In Exodus and Leviticus, the Shemitah, or Sabbath Year, was a time when there was to be no working of the land. As Charisma News states, “The last day of the Shemitah, Elul 29, is considered the ‘wipeout day’ when all debts were wiped clean. The Shemitah is meant to be a blessing, but when Israel turned away from God it became “a sign of judgment on a nation that has driven God out of its life.”

The Jewish new year began on September 24 2014 at sundown and will end this coming September 2015. (Wall Street gurus have been perplexed to discover that historically, market slumps have fallen between September and October).  Another interesting piece to this is that the fourth blood moon of the Lunar Tetrad is to take place on September 28, 2015 during the Jewish feast of Sukkot.

Recently, I wrote of a series of Tsunami/Tidal Wave dreams that I had consecutive nights in a row and how I felt the Lord was warning of something major to come.

So what does this mean?

Cahn is quick to downplay his title of a prophet, and instead describes his role more as one who fits puzzle pieces together in order to see the whole picture. In youtube videos and magazine articles, he says he does not know what this Shemitah might usher in, but warns that unprecedented economic disaster, as well as a World War involving the Middle East, are not unlikely.

Concerning the Four Blood Moons, many Bible scholars see a correlation between celestial events and the ones highlighted in scripture that forewarn of The Day of the Lord. For example, Joel 2:31 says that “The sun will be turned into darkness and the moon into blood before the great and awesome day of the LORD comes” (NASB). Likewise, Revelation 6:12 describes a scene in Heaven that occurs at the end of the age: “I looked when He broke the sixth seal, and there was a great earthquake; and the sun became black as sackcloth made of hair, and the whole moon became like blood” (NASB). The times that blood moons have appeared before in the past 500 years, there was always a significant event tied to Israel and the Jewish people, including Israel’s rebirth as a nation in 1948 and the Six-Day War in 1967 that recaptured Jerusalem.

Practically, we know that the secular world is predicting certain economic collapse unless something radically changes. Newsmax recently reported that billionaires such as Warren Buffet and George Soros are quietly dumping their stocks. The nonpartisan Government Accountability Office conducted its audit and reported in 2013 that, “Absent policy changes, the federal government continues to face an unsustainable fiscal path.” Unless we reign in our wild spending and reform Social Security and Medicare, the U.S. Dollar will collapse. That means our homes, savings, investments, and everything material we have will simply go up in smoke.

What should we do?

Do not fear. Nowhere in scripture are God’s people ever instructed to be fearful. “Be anxious for nothing but in everything by prayer and supplication, with thanksgiving, let your requests be made known to God; and the peace of God, which surpasses all understanding, will guard your hearts and minds through Christ Jesus” (Philippians 4:6-7).

Pray and seek the Lord. He will direct our paths. If we hoard food and stockpile commodities when He has not told us to do so, we are acting on fear and not faith, which is sin. On the other hand, if He nudges us toward action we should do so. In Acts 11 we see the church preparing for shortages: “One of them named Agabus stood up and began to indicate by the Spirit that there would certainly be a great famine all over the world. And this took place in the reign of Claudius. And in the proportion that any of the disciples had means, each of them determined to send a contribution for the relief of the brethren living in Judea.”

Continue to Invest in the Kingdom. “Let those who are rich in this life not fix their hope on the uncertainty of riches, but on God, who richly supplies us with all things to enjoy. Instruct them to do good, to be rich in good works, to be generous and ready to share, storing up for themselves the treasure of a good foundation for the future, so that they may take hold of the life that is really life.” (1 Timothy 6:17-19)

I would also strongly caution against secular sites that predict disaster and how to prep. Many of these are operating in a half-truth – that is, that economic uncertainty is looming, but they do not promote seeking the Lord for the answers. Again, they are offering their “wisdom” based on fear, not faith. We will get anxious and lose sight of God’s provision if we tune in to something other than His voice.

Finally, I was struck by Jesus’s words this morning in Luke 21:36, when He described the days before His return: “Keep on the alert at all times, praying that you may have strength to escape all these things that are about to take place, and to stand before the Son of Man.” Let’s pray for ourselves and our brothers and sisters around the world that we will overcome.

With God all things are possible