24 hours in His presence

“He who offers a sacrifice of thanksgiving honors Me” 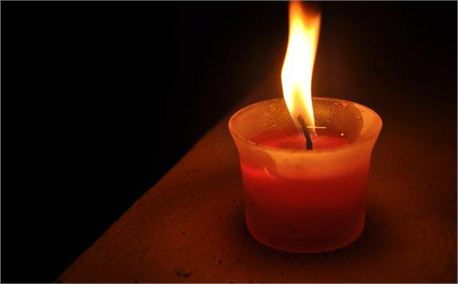 Our church was challenged to a 24-hour prayer vigil in which we could pray through the night and/or sign up for “shifts.” I haven’t pulled an all-nighter since college, but I really wanted to offer the Lord a sacrifice of my comfort and convenience. My flesh kept saying, “It’s for your best interest to get rest” but David’s words to Araunah  when he interceded for the land kept coming to me: “No, but I will surely buy [the threshing floor and oxen] from you for a price, for I will not offer burnt offerings to the Lord my God which cost me nothing” (2 Samuel 24:24).  The words of Paul resonated too, in how he was approved as a servant of God through much endurance, including “sleepless nights” (2 Corinthians 6:5). In my youth, I’d sacrificed sleep to partying or to cramming for a test or to frivolity, but here was a chance to sacrifice freely to Someone who was worth it.

This prayer vigil was one of the sweetest and most refreshing times I’ve experienced. From 7 until a little after midnight was my first watch. Never did five hours fly by so quickly as they did in the Lord’s presence. We have a fireplace in our church basement and it truly felt that we were keeping the flames ablaze in the night watches. One young family of six camped out in the church and prayed well into the early morning hours; a mother of five stayed until one in the morning; people arrived in the wee hours of two and three to come before The Lord.

The next day, I returned for another three hour “shift” and though I was tired, I felt wonderfully cleansed and upbeat. In fact, out-of-town company arrived unexpectedly later that day and with only an hour’s notice, I was not stressed about the state of the house or my own fatigue as I tidied up and prepared the guest room (and that is completely counter-character to my fastidiousness!). I count this grace as coming from spending so much time in God’s presence.

One of the neat things I noticed was how God was leading us very specifically in what and how to pray. This was reinforced in that someone new would come in and without knowing, pray exactly what someone else had prayed an hour earlier. It was because we were all drinking “the same spiritual drink, for [we] were drinking from a spiritual rock . . . and the rock was Christ” (1 Corinthians 10:4). In a future blog, I may comment on some of those prayers, as this happened many times with different people throughout the 24 hour span. “By the mouth of two or three witnesses a matter shall be confirmed” (Deuteronomy 19:15, Matthew 18:16), and God was clear in giving us what was on His heart.

Seeing things move in the spirit

Perhaps what was punctuated the most is that there are times that the church must commit to pray night and day in order to see things move in the spirit. There are certain things we want set in motion and we know they’re aligned with God’s will, but they won’t budge until we persevere in prayer.

In Acts 12, there is an account of Peter being arrested and imprisoned by Herod. It says that “Peter was kept in the prison, but prayer for him was being made fervently by the church to God” (v. 5). Some translations say “prayer was made without ceasing.” We know that the church was praying through the night because when Peter was miraculously released in the middle of the night by an angel it says that he “went to the house of Mary, the mother of John who was also called Mark, where many were gathered together and were praying” (v. 12).

It is amazing and consistent to the character of God that when we come to bring Him something of ourselves – something that costs us and isn’t comfortable and we figure will somehow deplete us – He always showers such kindness and mercy on us that we leave richer and more complete than before we gave to Him.