A supernatural church or just another service club? 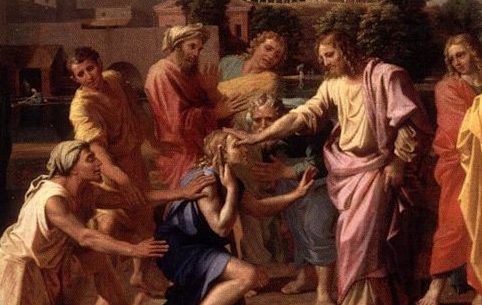 Are we walking in the supernatural power of the Holy Spirit or simply carrying out the task any civic organization could do?

To listen to this as a podcast, click here

In my previous post, we looked at humanism as an outlook or system of thought attaching prime importance to human rather than divine or supernatural matters. Humanism stresses the goodness of human beings, the common needs they have, and humanism seeks man-made ways to solve humanity’s problems.

The world, that is the arena apart from Jesus Christ, is incapable of solving problems concerning the human condition. At best, all that the secular world can do is rearrange problems so that they look different.

I’ve been involved in itinerant ministry in which I’m part of a pastor’s ministry team, and it’s my job to pray over individuals who approach me at the end of a service for an altar call. And I’ve found that many individuals who come up for prayer have been struggling for years with a problem and they don’t get a breakthrough until they hear a word directly from Christ Himself. Very often, they hear Him say that they need to forgive someone who deeply hurt them. Sometimes the Lord gives a picture or a word of knowledge (referenced in 1 Corinthians 12:8 and 1 Corinthians 14:6) in which He reveals something to me that I share with them that only He could know, and it brings a release in their spirits.

You can go to a counselor or a psychiatrist for years without getting the healing Christ brings in a single instant. And it’s free! (And I’m not discounting the profession of psychology or psychiatric medicine. I think when it’s done righteously, it too is a gift from God).

Paul wrote to the church in Galatia, “Are you so foolish? Having begun by the Spirit, are you now being perfected by the flesh?” (Galatians 1:7). In other words, having come to know Christ through the saving power of the Holy Spirit, are you now going to finish by engaging human philosophy and deeds?”

Increasingly, there’s pressure to cave in the church to humanistic philosophy. And I believe we in the western church are especially susceptible to it because we’ve walked so little in the supernatural power of the Holy Spirit. When I think back on my Christian experience, growing up I don’t remember much emphasis on the simple reliance of the Holy Spirit – to live a holy life, to transform my mind – it was an understanding of the commandments, the expectations, but without the realization we simply had to ask the Holy Spirit to help us, to produce in us the maturity. There was emphasis on the fruit, but not that it was of the Spirit.

And as far as the mission of the church – if your experience is like mine, the emphasis on the church here in the west has been service projects. Serving at food banks, repairing houses, playing with kids in the inner city, raking leaves for elderly ladies in the neighborhood. That was my entire ministry experience growing up in the church. Now, there’s nothing inherently wrong with any of these activities – except that this was never the bread and butter of Christ’s commission.

Jesus told His disciples in Matthew 10:8 to “Heal the sick, cleanse the lepers, raise the dead, cast out demons. Freely you have received, freely give” (NKJV). Later, when He sends out the seventy, it is the same mission (Luke 10).

When was the last time you raised the dead? When did you cast out a demon? I’ve seen one person we prayed for come back to life after being brain dead.  The other night I and another person prayed and prayed for a young man who was visually impaired until he testified of a slight improvement in his eyes. But I find myself weeping that the healings we witness are so few and far between. I weep that the power to see drug addicts who come to us walk free still seems to be spotty. Where is the glory and power of God?

It is like we are in the days when the Ark of the Covenant was stolen by the Philistines, and the wife of Phineas, the wicked and worldly priest, gave her son the name Ichabod, meaning the glory of the Lord is departed! (1 Samuel 4:21).

“Heal the sick, cleanse the lepers, raise the dead, cast out demons. Freely you have received, freely give.” It was done for you, now do it for others. Many of us today may not have been supernaturally healed and delivered from our infirmities. And we don’t know how to administer it to others.

Later, Jesus gives what we call the Great Commission to His disciples, “Go therefore and make disciples of all nations, baptizing them in the name of the Father and of the Son and of the Holy Spirit, and teaching them to obey all that I have commanded you” (Matthew 28:16-20).

The Great Commission is also given in Mark 16, and here it is phrased this way, “And He said to them, “Go into all the world and preach the gospel to every creature. Whoever believes and is baptized will be saved, but whoever does not believe will be condemned. And these signs will accompany those who believe: In My name they will drive out demons; they will speak in new tongues; they will pick up snakes with their hands, and if they drink any deadly poison, it will not harm them; they will lay their hands on the sick, and they will be made well” (Mark16:16-18).

You see, the gospel Jesus preached and commissioned us to preach was a supernatural directive carried out by supernatural means, and reinforced by supernatural signs and wonders. This is the whole thread of the book of Acts. Entire cities repented and believed in the name of Jesus because of the miracles and signs God did through the early church.

The Apostle Paul said, “Our gospel came to you not only in word, but also in power and in the Holy Spirit and with full conviction” (1 Thess. 1:5, ESV).

I’m handing out bagged lunches this week to kids in our school district because there is a need and I’m glad to help. But even when I serve a meal I’m always looking for an opportunity to witness Christ. Every natural interaction of the believer should be a platform to minister in the supernatural. Otherwise, what makes the church different than the Rotary Club?

Whether we are discipling people through teaching or preaching or administering healing, we are relying on the Person of the Holy Spirit and His supernatural work through us. We the church are commissioned to do what no civic organization can do!

And yet, how many Christians do you know who are actively engaged in this kind of ministry?

When we hear the exhortation “be like Jesus” this should first and foremost mean having a steadfast daily prayer life. Jesus emphasizes that His entire ministry was only doing and saying what the Father instructed, “Truly, truly, I say to you, the Son can do nothing of his own accord, but only what he sees the Father doing. For whatever the Father does, that the Son does likewise.” (John 5:19). Later Jesus says, “For I did not speak on My own initiative, but the Father Himself who sent Me has given Me a commandment as to what to say and what to speak.” (John 12:49). The effective ministry is doing what we see the Father doing, and speaking what we hear the Father saying.

Any good works we are doing on our own initiative, apart from the Father, are fruitless.

It is my observation that when the Lord gives us a particularly uncomfortable task and we obey Him, He opens up a door in the spirit realm.

Recently a good friend of mine sensed one morning as she awoke the Lord instructing her to make a sign of blessing and liberty to declare over our town and to stand at a certain high traffic area downtown and hold it. This idea was very awkward to her and she dismissed it. A few days later, the Lord again brought the idea to her mind through another means. Finally, she made the sign but decided to stand somewhere with it that was not so visible.

Through a sudden series of events, however, the Lord orchestrated things so that she was standing at the same busy intersection she initially sensed Him telling her to go, with her proclamation of liberty and blessing held high. And with her heart beating rapidly, she stood her ground. She received many demonstrations of gratitude and affirmation, along with someone cursing her and flipping off her sign.

When my friend shared this story, a picture came to my mind immediately of a window of Heaven opening over our community in which the Lord might move more freely among the hearts of people.

Just like Jonah, who did not want to obey the Lord and preach His word to Ninevah, we can pretend we did not hear Him. We can drag our feet. But is there any account more remarkable than that of a city so depraved and wicked as Ninevah, and the entire population repents when God’s servant finally obeys?

What is the Lord asking you to do?