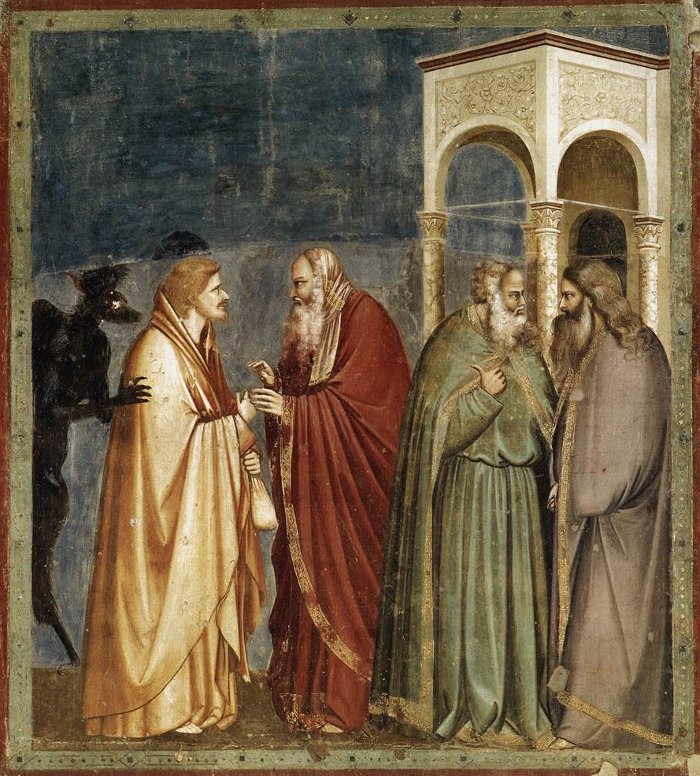 is the church betraying Christ?

The Fear of Man

In scripture, the fear of God is contrasted with the fear of man. We can be afraid of, literally, or hold in too high esteem, the opinions of people. And scripture says that this is a snare. To care what people think, above what God thinks, is a trap to us.

Proverbs 8:13 says that “to fear the Lord is to hate evil.” See, there are a lot of people who claim to love God and love sinners; but the problem is, they don’t hate evil. They’re more comfortable with the evil than they are God’s word. They love people so much they couldn’t bear to offend them by telling them that the wages of their sinful lifestyle is death.

A pastor in our region was quoted recently in a local newspaper, saying “I used to think the LGBTQIA lifestyle was a choice. Now, it seems unkind to say that to people. So I’m shifting my theology …Jesus championed love for all people and we are being like Jesus to give everyone a place in our church.”

This pastor is far from alone in his reasoning. Many are taking this position as popular opinion sways in accordance with the social engineering brought about by our media, Disney and Hollywood, and public education, and on a wider scale, the aggressive push of the United Nations.

Apparently, the pastor missed Jesus saying, “The world hates me because I testify that its deeds are evil” (John 7:7). Jesus also said “The world hated me and they’ll hate you, too” (John 15:18). You can be the most loving, giving, sacrificial person in the world, and the minute you ever-so-gently start to talk the destructive consequences of sin in someone’s life, you take on the risk of being attacked by a lynch mob.

In Genesis 19, when the men of Sodom were beating down the door to sexually assault the angels staying at Lot’s house, Lot “begged them not to do this wicked thing.” What is the response of the men of Sodom?

Jesus said the last days would be like the days of Lot. And Lot lived in a city in which every male there was sold out to bestial sexual perversion and violence. The homosexuals were literally beating down the door, demanding access to those inside. How far are we away from that now, when guys are demanding access to girls’ locker rooms in our schools, and to resist that and take a stand for basic human dignity and personal privacy is to be called a hater and a homophobe?

If you feel comfortable and at home in the secular world – non-Christians aren’t mad at you, everyone speaks well of you, the world systems of education and art and Hollywood and news media agree with you, it’s a reliable signal that you aren’t living like Jesus. Jesus said “the world hates Me because I testify its deeds are evil.” Yet the very holiness of Jesus seemed to attract sinners and the despised.

It’s a travesty how His holy name and character are invoked to rationalize the most destructive activities of a faction of church leadership; leadership which offers a gospel devoid of conviction, and an obsolete and powerless cross.

This brand of Christianity, which is not Christianity at all, will eventually lead the sinner caught in his mess to physical and spiritual death. And woe to its ministers.

Rosaria Champagne Butterfield, a radical feminist, lesbian, and tenured professor at Syracuse University, was saved when a Reformed Presbyterian minister reciprocated the dart she threw at him with an olive branch, and invited her to dinner with him and his wife. It took many months, many meals, a lot of gut-wrenching conversations, and Butterfield describes a “trainwreck” experience of conversion on her part. I encourage anyone to read her story, The Secret Thoughts of An Unlikely Convert: An English Professor’s Journey Into the Christian Faith.

In 2016, Christians in America were rocked when popular author and blogger Jen Hatmaker compromised her Biblical view of marriage. In an effort to be compassionate and loving, Hatmaker came out in support of LGBT relationships She even referred to them as “holy.” This has become known as the “affirming” position.

Rosaria Butterfield, the former activist and professor, said this: “If this were 1999—the year that I was converted and walked away from the woman and lesbian community I loved—instead of 2016, Jen Hatmaker’s words about the holiness of LGBT relationships would have flooded into my world like a balm of Gilead. How amazing it would have been to have someone as radiant, knowledgeable, humble, kind, and funny as Jen saying out loud what my heart was shouting: Yes, I can have Jesus and my girlfriend. Yes, I can flourish both in my tenured academic discipline (queer theory and English literature and culture) and in my church. My emotional vertigo could find normal once again.

Maybe I wouldn’t need to lose everything to have Jesus. Maybe the gospel wouldn’t ruin me while I waited, waited, waited for the Lord to build me back up after he convicted me of my sin, and I suffered the consequences. Maybe it would go differently for me than it did for Paul, Daniel, David, and Jeremiah. Maybe Jesus could save me without afflicting me. Maybe the Lord would give to me respectable crosses (Matt. 16:24). Manageable thorns (2 Cor. 12:7).

Rosaria concludes, “Today, I hear Jen’s words—words meant to encourage, not discourage, to build up, not tear down, to defend the marginalized, not broker unearned power—and a thin trickle of sweat creeps down my back. If I were still in the thick of the battle over the indwelling sin of lesbian desire, Jen’s words would have put a millstone around my neck.”

Peter says it this way in his letter to the church:

“With lofty but empty words, [false prophets] appeal to the sensual passions of the flesh and entice those who are just escaping from others who live in error. They promise them freedom, while they themselves are slaves to corruption. For a man is a slave to whatever has overcome him. Even if indeed they have escaped the corruption of the world through the knowledge of our Lord and Savior Jesus Christ, only to be entangled and overcome by it again, their final condition is worse than it was at first.… It would have been better for them not to have known the way of righteousness than to have known it and then to turn away from the holy commandment passed on to them…” (2 Peter 2:18-21, italics mine).

Do those words strike holy terror in your heart?

We who profess to be Christians need to ask ourselves, “Am I a slave of corruption, or truly an heir of Jesus Christ?”