The astounding goodness of God

A moment of triumph 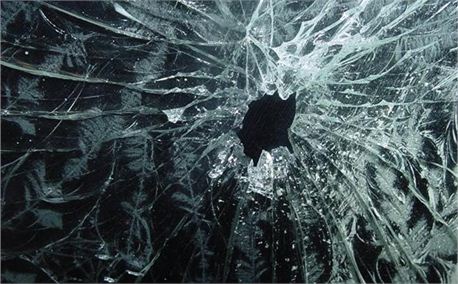 One of the less popular promises of scripture is found in 2 Timothy 3:12 – “Indeed, all who desire to live godly in Christ Jesus will be persecuted.” That’s not a scripture one often hears named and claimed! Yet it is a promise nonetheless for those who are serious about Christ, who seek to live in His will.

Persecution has been frequently on my mind the last four years, with a culture and a government that is increasingly hostile to Christianity. What we once might have stood on for security – the tenants of our Constitution, our unalienable rights – has been shaken. We are seeing a ramping up of a dark force of raw, rabid hatred for Christ and His followers, seemingly snowballing in its power.

Recently, a friend of mine whom I consider exceptionally “tuned in” spiritually surprised me by saying that he doesn’t think persecution in America will look like it does in other countries: that is, imprisonment and violence against Christians. This astonished me, as it is already taking that shape, if one reads news outlets that choose to report such occurrences.

I will be the first to say that I would prefer not to have persecution, and if it must come, let it be when I am about 90 and am done with living and my children are grown and my grandchildren, too. Then, a firing squad or lethal injection would be my preferred method of martyrdom – something quick.

However, since persecution will come in various forms (and has already come to me in some lesser forms) I want to encourage my heart and others with an experience I recently had.

About six weeks ago, I sensed the Lord prompting me to speak out on Facebook regarding an issue that most Christians don’t want to touch with a ten-foot pole. Many have in fact been bullied into silence. I reasoned that it would be more “loving” for me to keep silent, not make waves. But I kept sensing the Lord saying, “If you won’t speak the truth on My behalf, then whom shall I look to next?”

Heart pounding, and weighing different words over and over, I finally typed a bold statement of my faith on Facebook, conscious of the many friends and family I love who vehemently oppose it and would take great offense. Then I logged out.

The instant that I did this, my spirit was overwhelmed with a sense of conjugal identity with Christ. The best I can describe such a thing was a deep-seated, otherworldly sense of His love – and also of His pleasure. It was beyond emotion, beyond the realm of the senses. It was not a feeling. It was of the dimension of the spirit, and unprecedented. And it stayed with me for some time (My skin is flushing even as I remember it now). It was so wondrous that I remember thinking, “If this is what identifying with Christ in His sufferings feels like, bring it on!” I was proud, thrilled to wear His colors and take His scorn. I was eager for more opportunities.

(I realize, of course, that the disapproval of friends and family from a statement made over the computer is relatively minor as far as levels of persecution go. I also realize that for believers in other countries, persecution means enduring sustained physical and psychological torture. I have often thought how I can’t stand to get an I.V. put in, so how could I endure physical torment? But I believe that that is where grace comes in).

Pastor Francis Chan tells a story of a group of Korean missionaries to Afghanistan who were arrested and detained in prison by the Taliban for their gospel ministry. Chan had dinner with one of the missionaries who told him about the conditions of the prison. As the story goes, one person managed to sneak a Bible into the cell and they tore it into as many sections as there were people, so that they could have the Scriptures to read whenever they had the opportunity. It became apparent that some of them were going to be put to death and the senior pastor of the group announced that he would die first. Another man told him that he could not die first, because he was their shepherd, and that the second man must die first as he was an elder. They argued back and forth, with the senior pastor eventually winning. It was, however, the elder who died first and it was the senior pastor with whom Francis Chan spoke.

The senior pastor told Chan something that I will never forget. He said that since the incident, the now-rescued members of that group kept coming to him privately and saying, “Since we’ve been released, we can’t sense Jesus the same way as we did in Afghanistan. Oh, don’t you wish we were back there in prison!”*

*The preceding story was told by Chan during a youth convention in which he was a speaker in Pittsburgh, PA. The text above comes from http://beautifulfooted.blogspot.com/2011/03/sermon-for-february-12th-shield-of.html