“He who is generous to the poor lends to the Lord”

Prophesy over your day

“Keep Israel as the apple of Your eye” 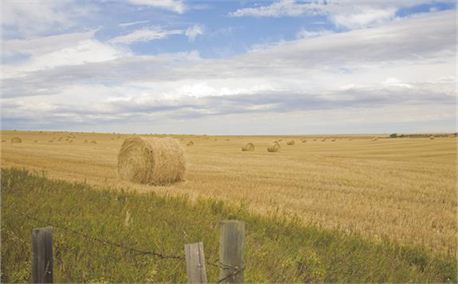 In his book The Release of the Human Spirit, Frank Houston tells of witnessing the worst poverty in his life in India. People were lying in the gutters, sleeping in the drains covered in flies and newspaper – children and adults alike were in the most degrading conditions imaginable…and in the midst of this, Houston was visiting a pastor whose booming church was located in the heart of this city.

Inside the pastor’s church, the universal thing Houston observed was that the people were well-dressed – a stark contrast to what he’d seen just outside. To his amazement, the pastor of the church told him that all these people in the church used to be the ones outside in the gutters – the poorest of the poor.

How did they get out of their miserable conditions? The secret was that the Indian pastor taught the street people to tithe the food handouts that they received. Perhaps it was an onion, maybe a carrot that the food wagon would give them once a week when it rolled through. The pastor told them to take ten percent of these meager means and give it away to their fellow needy neighbors.

After some time, the food handouts became more abundant. These poor people were tithing more because they were receiving more. After more time had passed, jobs started becoming available locally. Those who had been beggars were now employed and earning wages. This was the story of the folks in this church.

Houston underscores the fact that giving financially opens up things in the spirit realm. People who do not tithe or give of their material goods are usually constrained in ways they may not even realize.

“It is well with the man who deals generously and lends” says Psalm 112:5a (ESV). That means that the person who benefits the most when you open up your wallet is yourself! Proverbs 28:27 says, “Those who give to the poor will lack nothing, but those who close their eyes to them receive many curses” (NIV). So here we see that not only can we hold back blessings from ourselves by holding back our money, but we can also invoke curses through hardening our hearts toward those in need.

Before we were married, some counsel we were given was to tithe 10% of our income, right off the bat. “Don’t wait to see if you can afford it. Just give it as soon as it comes in,” we were advised. Well, we did, but we decided to tithe on the net, not the gross. After all, we were newlyweds with an upstart business and plenty of unsecured debt. Surely God would understand the sacrifice we were already making. And, He had to see how greedy Uncle Sam could be, we reasoned!

After a little time went by, we were convicted that we should tithe on our gross income instead. In addition, we were sponsoring children overseas through a nonprofit. But the more we gave, the more our finances seemed to open up – that is, we found ourselves increasingly in the black more than in the red by the end of the month.

On paper, it didn’t make sense. Within the first few years we were married, I downsized from a robust salary and commission to no income at all when I became a stay-at-home mom. My husband went from a salaried job at a longstanding company to a business venture that had no capital guarantees or insurance at all.

Then babies came along, and with them the cost of diapers and formula. Missionaries were always crossing our paths in need of committed support. “Give to the one who asks,” scripture says. The more we gave, the less tight our budget became. And the more scrupulous we became in our business integrity, the more we flourished. The promises and principles of scripture held true time after time.

Giving is a joy. It is truly one of the delightfully fun things we get to do as part of the Kingdom of Heaven. And it is so exciting to invest in eternal endeavors – to be a part of what God is doing locally as well as around the world and to know that we get to reap the harvest with our brothers and sisters in all climates and cultures.

“I have been young, and now am old, yet I have not seen the righteous forsaken or his children begging for bread. He is ever lending generously, and his children become a blessing” (Psalm 37:25-26, ESV). Do you notice in this verse that not only are you yourself released into greater liberty when you give, but your children are targeted for blessings as well? If you think you can’t afford to give, scripture indicates that you certainly can’t afford not to – for the sake of your offspring as much as for yourself. This is a true inheritance you are establishing for them.

Do you get caught up in materialism? Do you struggle to make ends meet? Do you have a problem with worrying about the future? Giving to the Lord is a strong anecdote to these snares.

Paul said of the Macedonian churches, “In a severe test of affliction, their abundance of joy and their extreme poverty have overflowed in a wealth of generosity on their part. For they gave according to their means, as I can testify, and beyond their means, of their own accord” (2 Cor. 8:2-3, ESV). In other words, these Christians were the ones who could least afford to give. They had every reason to conclude God didn’t expect them to empty their purses. Notice too, along with extreme poverty they had abundance of joy.

Don’t talk yourself out of blessings by rationalizing that God wouldn’t expect you to give under the current circumstances. His means and creativity of providing what you need will astonish and delight you.

Proverbs 19:17 says, “Whoever is generous to the poor lends to the LORD, and he will repay him for his deed” (ESV). And as someone pointed out, “You can’t beat the interest rate He pays!”