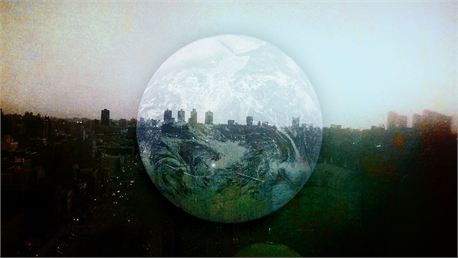 Most Christians can quote 2 Chronicles 7:14 by heart: “If my people, which are called by my name, shall humble themselves, and pray, and seek my face, and turn from their wicked ways; then will I hear from heaven, and will forgive their sin, and will heal their land” (KJV). This verse in recent decades especially seems to have become a byword for the church’s stance on the state of the nation.

Notice the first action word in this passage is “humble.” How does one meet this requirement? What does it entail, to humble oneself?

Fasting is the most practical and powerful way to humble yourself. To fast is to abstain from eating for a designated amount of time. Throughout scripture, when God’s people were in desperate times and up against an enemy too strong for them, fasting, praying, and seeking God’s face was the pattern for hearing from Heaven and seeing His hand move on their behalf.

Once a year, on the Day of Atonement (Yom Kippur), it was a commandment for God’s people to fast. “It is to be a sabbath of solemn rest for you, that you may humble your souls” (Leviticus 16:32 – NASB).

Ezra says, “Then I proclaimed a fast there at the river of Ahava, that we might humble ourselves before our God to seek from Him a safe journey for us, our little ones, and all our possessions” (Ezra 8:21 – NASB).

When two armies were rumored to be coming up against Israel, King Jehoshaphat “was afraid and turned his attention to seek the Lord, and proclaimed a fast throughout all Judah” (2 Chronicles 20:3 – NASB).

Likewise, before Queen Esther risked her life to go before the king, she gave these orders, “Go, assemble all the Jews who are found in Susa, and fast for me; do not eat or drink for three days, night or day. I and my maidens also will fast in the same way” (Esther 4:16 – NASB).

These are only a few of the occasions in which God’s people sought Him in their most desperate moments.

But wasn’t this just for Israel as a nation?

This discipline of fasting did not cease under the New Covenant.  Jesus spoke of fasting as something every disciple of His was implicitly expected to do (Matt 6:16-17, Luke 5:34-35); and the early church did it as a matter of course (see Acts 13:2-3).

I heard an Iraqi pastor who fled after threatened by Saddam Hussein tell firsthand his family’s experience while living as refugees in Jordan. They prayed and fasted, and within a short amount of time, God displaced those who were threatening his life when Saddam’s regime fell. “You,” he told all of us in this little church, referring to America, “were the answer to that prayer and fasting.”

In his book Shaping History Through Prayer and Fasting, Derek Prince cites numerous effects of this assembly of God’s people in modern times and how a small group of people fasting was responsible for decisive national victories, including in Kenya and the United States. In fact, Derek Prince’s teaching on this subject and subsequent application by believers is attributed to the fall of the Soviet Union.

“`Yet even now,” declares the Lord, “Return to Me with all your heart, and with fasting, weeping and mourning; and rend your heart and not your garments.’ Now return to the Lord your God, For He is gracious and compassionate, slow to anger, abounding in lovingkindness and relenting of evil. Who knows whether He will not turn and relent and leave a blessing behind Him” (Joel 2:12-14, NASB).

Previously I referenced Derek Prince’s insightful commentary on the fact that it is the sin of the church, and not the sin of the unbelieving world, that stands in the way of God healing the land. That should encourage us as believers that there is something we can do to radically influence the hand of God moving on our land. As we know from scripture, it only takes one person humbling themselves and praying to spare a city or change the course of an entire nation (see Genesis 18: 16-33, Exodus 32:12-14, Ezekiel 22:30, James 5:17, et al).

Would it be worth it to you to enter into a fast (whether one meal, a whole day, or however you’re led) to know you’ll impact your city and even your nation? It’s difficult to commit to abstaining from food for any amount of time, but with God’s grace, you can do it.