“Preaching not in persuasive words, but in demonstration of power and of the Holy Spirit”

Emily Tomko
Spiritual Growth, Spiritual Warfare, The Holy Spirit
Asuza Street Revival, Holy Spirit and power, power of proclamation, preach the gospel use words, preaching and teaching, spiritual warfare, the gospel of the kingdom, the weapons of our warfare 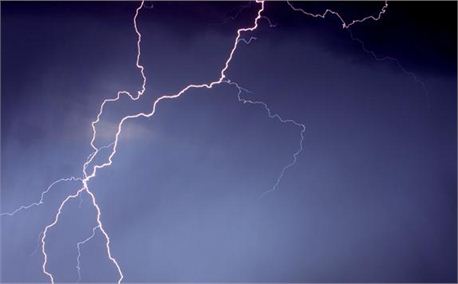 A local minister of an old line denomination recently said how he’s been sorry to see people leaving his church to “go where it’s more fun.” I’ve heard this man preach and departed from his service lit up with joy and full of faith (even though the theme that day was a sobering one of repentance). This preacher is not flashy but he is on fire. The dwindling numbers perhaps is in part reflective of a trend in the American church to seek out venues that are more entertaining.

But preaching is not about showmanship or even having head knowledge of God. It is not about constructing a message that won’t offend newcomers or a particular segment of the population. Inspired preaching causes us to receive the kingdom of heaven within us and be set free to conquer the world with its life-giving power. Therefore, preaching that is done in accordance with the Holy Spirit is actually a form of spiritual warfare. That is, it advances the kingdom of heaven and breaks off darkness over people.

Look at this amazing statement from Paul: “And when I came to you, brethren, I did not come with superiority of speech or of wisdom, proclaiming to you the testimony of God. For I determined to know nothing among you except Jesus Christ, and Him crucified. I was with you in weakness and in fear and in much trembling, and my message and my preaching were not in persuasive words of wisdom, but in demonstration of the Spirit and of power, so that your faith would not rest on the wisdom of men, but on the power of God” (1 Corinthians 2:1-4, NASB). In other words, Paul hadn’t gone to meet the Corinthians with his seminary thesis in hand. Paul was actually at his weakest and most vulnerable, feeling quite out of his element and comfort zone. His message was not eloquent, nor was it elaborate. Paul says his message was very simple: “Jesus Christ, and Him crucified.” That’s what he knew, and that’s what he preached.

It wasn’t just that a few Corinthians were persuaded intellectually to give this Jesus a try. Paul’s preaching came not only with words, but in demonstration of the Spirit and of power. It’s likely that when Paul preached people were physically healed of some things as well as delivered of demons. Possibly there were other miracles. But the simplicity of Paul’s words found their mark in people’s hearts. Paul himself didn’t win them over, but the gospel.

Likewise Paul spent time in Iconium “speaking boldly with reliance upon the Lord, who was testifying to the word of His grace, granting that signs and wonders be done by their hands” (Acts 14:3). Notice again that preaching the gospel brought with it signs and wonders. I really believe that when preaching is done not by a clergyman’s best wisdom or most thorough notes, but with reliance upon the Lord, signs and wonders will follow. I know from personal experience that there have been days in which I’ve not even felt like attending church for various reasons, but sitting under the word of God being preached by an anointed pastor has cleansed me and vanquished the negativity and bleakness that was hanging over me. The Lord has also used numerous preachers to bring into focus areas of my life that needed surrendered to God, or to crystallize what was really going on spiritually in some situations. These were supernatural occurrences that happened only because the preaching came with power and the Holy Spirit.

(This is not to say that preparation on the part of the speaker isn’t important – it is. If I had a dime for every young person who was asked to speak in front of a church group and said, “I didn’t really write down much; I’m just going to see where the Holy Spirit takes this” and then proceeded to ramble for thirty minutes…well, you get the picture. But even the preparation must be done not out of one’s own soulish wisdom, but relying on every word that proceeds from the mouth of God).

Peter describes “those who preached the gospel to you by the Holy Spirit sent from heaven” (1 Peter 1:12). And Paul says, “ For I would have you know, brethren, that the gospel which was preached by me is not according to man. For I neither received it from man, nor was I taught it, but I received it through a revelation of Jesus Christ” (Galatians 1:11-12, NASB).

During the Asuza Street Revival, people actually groaned aloud if someone got up to preach and wasn’t filled with the Spirit. It is said that after one man took the platform, a woman whispered to him with tears in her eyes, “Brother, don’t you know you’re not anointed?”

We don’t automatically get the benefits of the gospel by attending Bible School or seminary or even a church with a famous pastor. There must be a revelation of Jesus Christ through whatever we preach or hear preached. That comes only by the power of the Holy Spirit.