Emily Tomko
Latest News, Prayer
american pastor in prison, I was in prison and you came, intercessory prayer for saints, pastor saeed, praying for those in prison, saeed abendini, state department and iran

Showdown on the playground 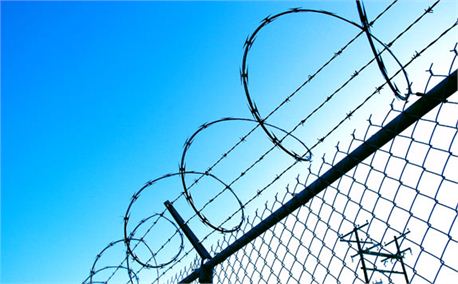 An American pastor and father of two small children is in a hell on earth in Iran’s notorious Evin prison. Saeed Abendini went to Iran to establish an orphanage. During this errand of mercy, he was arrested and sentenced to eight years this past September for allegedly preaching Christianity. Saeed is now allegedly being denied medical treatment for serious injuries, including internal bleeding. According to a letter that made its way to his wife back in the States, his face is swollen “three times normal size” and he was told he was an “unclean Christian” by medical staff at an Iranian hospital. He has also been told that if he doesn’t recant his faith in Christ, his prison sentence will be longer.

I ask anyone reading this blog to take a moment now to lift up this dear brother before the Father.  Watching the news interviews with his wife (she has been featured numerous times on FoxNews) and seeing the photos of him with his young children, who haven’t seen their daddy in months, we can imagine if this were our husband, father of our children, or a sibling. And, he is our true blood brother in Christ. When Jesus foretold of the day He’d recount to his followers, “I was in prison and you came unto me” (Matthew 25:36 – ASV) surely this was one of the things He meant.

Yesterday, as I went to my “prayer closet” to pray a few minutes for Saeed, I had a sudden picture of seeing him in Heaven, his glorified face smiling in thanks for the prayers lifted up for his release, for the care of his wife and children while he was separated from them, and also for the advancement of the Kingdom.

In addition to praying the Psalms over Saeed for deliverance, I pray that the fear of the Lord will come over those in charge of Evin Prison, and that this gulag will no longer be a haven for Satan and his minions, but shut down forever. I pray that Saeed’s fame and testimony will flood the secular press and reach all corners of the world, and that millions of Muslims will come to know Christ through his sacrifice and his forgiveness of his captors. Most of all, I pray Saeed’s faith would not fail.

How is God prompting you to pray for this brother? Do you picture a time when as an American Christian, you will rely on the prayers of the saints around the world because of persecution and imprisonment?