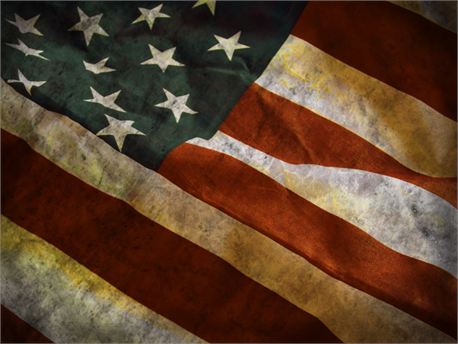 There is a rousing declaration tucked away in Psalm 125: “The scepter of the wicked shall not remain over the land allotted to the righteous, for then the righteous might use their hands to do evil” (v.3).

A scepter is a ruler’s rod, the emblem of his authority and sovereignty. In other words, an evil power present over territory that has been marked for the righteous cannot go on indefinitely. The second part of the verse explains why: the righteous who’ve been robbed in such a way might be enticed away from their righteousness to also do evil.

This scripture was brought to my mind recently and I believe God is using it as a prayer – one of His own promises – that He wants me to pray back to Him, “remind Him of His own words,” so to speak. There are two specific areas over which I’m claiming this verse.

The spiritual territory God has given us as believers

As some of us were gathered in prayer recently, this scripture rose to the forefront of my mind. We were praying for fellow Christians who were struggling in various areas – many of them who’ve been in and out of the same stuff for years, like addiction, relationship problems, sickness, etc. As we prayed, I sensed God prompting me to pray that “the scepter of the wicked would not remain over the territory allotted to the righteous.” And along with it, I suddenly said “Get out, wicked impostors” over the stuff in their lives that was not of God, but the works of the enemy. My own prayer startled me, and I realized afresh how boldly God wants us to pray – to recognize our identity as kings and priests (1 Peter 2:9) and also the price He has paid so that we don’t have to walk around in bondage. Our bodies, our very lives are the territory allotted to the righteous (1 Corinthians 6:19, 2 Corinthians 5:21, et. al). Why then do we walk around with wicked “squatters” lording over us, who’ve no legal right to be there? Why are we defeated and downcast?

A declaration for the nation

Like many others, I also feel a heaviness at the state of the nation: the unprecedented violence, the corruption, the madness that seems to have overtaken a great segment of the population that has said in its arrogance, “There is no God,” and “If He exists, He’s too removed to require anything from me. Holiness doesn’t matter. Integrity doesn’t matter. His laws are no longer relevant.”

Our beloved country has a legacy that has been trashed. No matter how some would try to rewrite its history, our heritage is one of God-fearing people, committed to governing out of the principles of Christianity. Our founding fathers were largely of this same mind, but long before them, others like Miles Standish, lived in harmony with those already here and consecrated this land for the European settlers who came with and after him, to the glory of God. (I am always amazed when I read secular American writers from prior generations, how aware they were of God and His ways, and how well they knew the Bible as part of their basic literary upbringing).

This nation has a spiritual heritage, and it has had many blessings and prophetic declarations spoken over it since by its leaders, including Washington and Adams, Lincoln and William Penn. These words uttered by leaders matter. They carry with them power and authority. Furthermore, I often think of how many young men have given their lives, and of what so many women have sacrificed, only to reap the disgrace that lies over this country presently. When I think of it, I am often tempted to speak evil against current leaders and the population. And I remember and speak Psalm 125:3.

What does this scripture speak to you? How does it encourage you to pray?