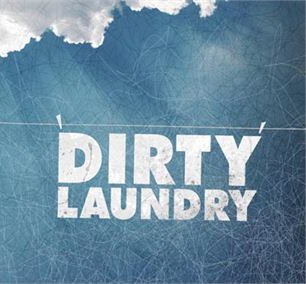 Lacey Mosley was an atheist who had made it her mission in life to make people see how stupid it was to believe in God. One day, under the terrible pain of her life, she came home from high school prepared to commit suicide, only to find her grandmother at the house. “You look terrible,” her grandmother remarked. “You’re coming with me to church.” Lacey protested, but her grandma was adamant, and Lacey resolved to carry out her suicide once they returned.

During the church service, the message seemed to be an account of her own life, Lacey recalls, and she could hardly believe her ears. Even more remarkable was when the pastor announced at the end, “There’s someone in here with a suicidal spirit. Please come forward so we can pray for you.”

Lacey ignored the altar call, too scared to go up. But a deacon caught her on the way out. This complete stranger said to her, “Even though you’ve never known an earthly father, the Lord wants you to know that He is your father.” He asked to pray for her, and instantly everything changed. Lacey saw herself and her sin the way that God does, and saw Him in His holiness. After her radical deliverance, she became a vocalist in the band Flyleaf and has ministered to many young people, both in the Christian and secular music scene.

As an intercessor, I am often asked to pray for people whom I know only by a first name. Very often, the Lord reveals things to me in the spirit that I couldn’t possibly otherwise know about these strangers. This is a powerful tool in effective prayer, and it is has the added effect of tenderizing the heart of the person asking for prayer. Paul says concerning prophecy that “if an unbeliever or an ungifted man comes in your midst…the secrets of his heart are disclosed; and so he will fall on his face and worship God, declaring that God is certainly among you” (1 Cor. 14:24-25).

When Jesus encountered the Samaritan woman at the well (John 4), he told her that she’d had five husbands and was currently living with her boyfriend. He got immediately to the heart of the matter of her life – and while this information had brought shame on her life, Jesus did it not to embarrass her or to condemn her, but to deliver her.

As I meditate on the ways of God, I marvel again. When the world discloses someone’s secret, it is done out of twisted pleasure or for avarice, or sometimes for revenge. The result is shame, ridicule, defamation, and destruction. But what kind of a God is He, who makes a practice of disclosing the deepest secrets of people’s hearts for their own benefit and protection? Who is He, who whispers a soul’s secrets to others, not for the purpose of mockery or gossip, but so that His Body, the church, may release Heaven’s power to free, to heal, to bind up broken hearts, to satisfy, to empower, and to equip? He is completely and utterly irresistible and good.