Worshiping by waiting and remembering 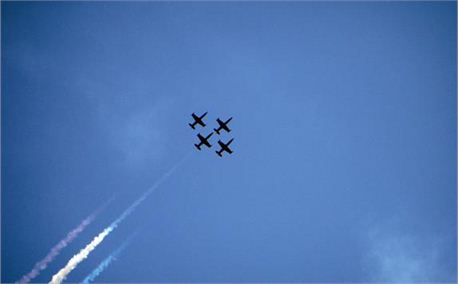 God’s Generals by Roberts Liardon recounts the lives of twelve men and women who were called by God to specific ministries of preaching, teaching, healing, and deliverance. I finished reading this book this week, and am blown away. These accounts I wholeheartedly believe should be read by every believer for the glory of God, and to come to some conclusion about what is really possible to accomplish on earth when we have faith in Him. (Since many of the miracles here are annotated and were documented by secular newspapers, it is easily possible to research their authenticity).

There are literally thousands of miracles cited by these men and women. Here are just a few of the ways that God worked:

Smith Wigglesworth – the plumber who read no book but the Bible, and raised people from the dead. He would enter a grocery store to shop and see strangers fall on their knees in repentance, simply at the anointing of the Holy Spirit on him.

John G. Lake – his healing ministry was so prolific and well-known, the Queen of Holland (who had miscarried six times) asked him to pray for her so she could finally carry a child to full term (and she did – Queen Juliana of Holland was her first healthy child)

Maria Woodworth-Etter – she was twenty at the end of the Civil War, and lived at a time when women couldn’t vote or own property. God called her to be a mighty evangelist and a healer. She was so dangerous to the kingdom of darkness, many attempts were made on her life. But whenever people would rush her meetings to disrupt or even try to kill her, they’d fall down in a trance before they could ever reach the platform.

While reading these biographies, I found myself at times exclaiming out loud, praying in the spirit, and crying. These were people to whom the supernatural was second nature. They delighted in the knowledge of God’s miraculous provision, both for others and for themselves. There were also many thoughts and questions that were stirred in me as I read about their work.

We could easily take the nation

In Acts 9:32, Peter pays a visit to the saints in Lydda. There, he encounters a man named Aeneas, who has been bedridden for eight years because of paralysis. Peter says to him, “Aeneas, Jesus Christ heals you,” and immediately the man gets up. Verse 35 states that “all who lived at Lydda and Sharon saw him, and they turned to the Lord.”

Peter’s miracle was “standard fare” for many of these generals. Kathryn Kuhlman had all kinds of photographs of people rising from their wheelchairs, and she packed stadiums with tens of thousands of people. The pope granted her a private audience, and even Hollywood celebrities were coming to her meetings – comedienne Phyllis Diller recommended Kuhlman’s book to a dying friend. What struck me in all this is how quickly it seems the flame died out. For example, if tens of thousands witnessed the miraculous in Seattle, then why didn’t the entire city turn to the Lord as it did in Acts 9? Were the people’s love so cold, was the church so hard-hearted? And why as an American Christian had I never even heard of Kuhlman’s name, nor many of these others, until just recently?

One conclusion that is evident is that the devil does everything he can to discredit the ministry of the Kingdom of Heaven wherever it comes. He’s certainly used church denominational preferences in this regard.

But my ultimate conclusion from reading God’s Generals is this: every believer can be living and operating in a much higher level of faith and authority than what we are. If the church realized the truth that is in the scriptures we would quickly and easily bulldoze the works of the enemy across the planet. God called these unlikely people from obscure backgrounds and gave them Heaven’s tasks to do on earth. While it looked different for each of them, and their personalities and passions were unique, anyone who seeks God wholeheartedly can rise to be one of God’s generals. “He is not a respecter of persons.” What a thought!