Emily Tomko
Spiritual Growth
Christians are optimists, I have been crucified with Christ therefore I no longer live, seated with Christ in heavenly places, set your mind on things above, the truth shall set you free, we have the mind of Christ, what Christ conquered, what Christ defeated, witnessing on facebook and social media, you have died and your life is hidden in Christ

Seated with Christ in heavenly places 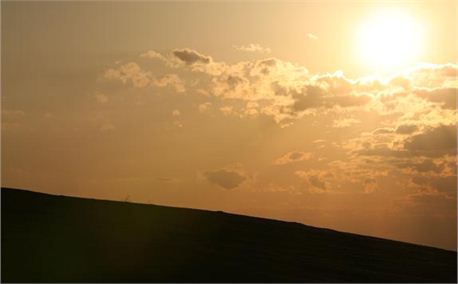 Scripture tells us that we are seated with Christ in heavenly places (Ephesians 2:6-7). This is an astonishing thought, and in my last post, I examined the cross-references of this verse and broke down the original Greek in order to understand more fully what this means for us as believers. Essentially, the resources available to us as Christians are as unlimited as Heaven itself at our disposal. In this knowledge we operate: that we have the calling and favor and power of Heaven backing us as we go through our day, performing the tasks He has ordained for us to do in advance (Eph. 2:10).

I also spoke about what this means in a practical sense for us: that we don’t view our world any longer in a lateral sense, like others do, but from a heavenly perspective (2 Cor. 5:16, 1 Cor. 2:16). We see behind the behavior of others and even the trouble in our circumstances to what is the root of the matter.

I don’t think we grasp as Christians in any given instance the tremendous power that we bring into every situation in which God tells us to go, speak, or pray into. Most of us I wager tend to doubt that we’re having any real impact. Recently, I heard a sister in the Lord say, “I don’t bother to tell my beliefs on controversial issues any more. People are going to think what they want.”

That can’t be, for if we’re seated with Christ in heavenly places, our words are coming out of Heaven. We’re speaking into people and situations with Heaven’s power and Heaven’t truth. Whether in a conversation or a post on Facebook, speaking God’s truth means we’re bringing order into chaos and illumination into confusion. This picture came to my mind – we’re launching light grenades into dark pits. And suddenly, people are getting the chance to see.

I was on Facebook the other day and I saw an online argument between a bunch of high school kids, posting their comments about honoring parents. It developed because one teen posted how he doesn’t like how rude other kids talk about their moms. It made my heart sink how there’s so much confusion, so little wisdom anywhere, besides all this obvious bitterness that almost all the kids expressed toward their parents – and the only person who had a grasp of the truth was the teenager who has been coming to youth group for two years now and who himself comes from a broken home. He “got” it. But it made me realize afresh, we have such an opportunity to speak life. Into chaos, into confusion. The world is STARVED for wisdom and for a solid place to stand on anything!

We must not believe the lie “No one listens, it’s a losing argument, I’m not going to change anyone’s mind.” If the Lord prompts you to say something, say it.  Jesus said, “You’ll know the truth and the truth shall set people free.” Speaking the truth releases God’s power to set people free. You never know when speaking it out even into the most hostile audience will change someone’s heart over something. (For my part, I don’t argue with people, and I refuse to answer from a defensive position. But I do state the truth in love).

Being seated with Christ in heavenly places means we’re not subject to those things that Christ has defeated:

…just to name a few. We don’t have to accept any of these things as are way of life! Whatever is bringing anguish into our lives, we have the power and authority of heaven to vanquish it from our midst. The way this happens may look different for each one of us, but if we’re seeking God’s face, He will give us the keys to victory over the works of the enemy.

When we’re seated with Christ in heavenly places, we’ve left the realm of pessimism. I used to be a chronic pessimist. The world around us in a state of decay, so it’s easy to fall into that mindset. But we carry within our physical bodies the Holy Spirit – the God of the Universe! That’s more than sufficient courage for what faces us!

I’ve outlined some exciting and practical ways that being seated with Christ in heavenly places affects our daily outlook and living. But I also believe this scripture literally. We are seated with Christ right now. “But the one who joins himself to the Lord is one spirit with Him” according to 1 Corinthians 6:17. We’re not waiting to meet Jesus some day – we’ve already met Him. We’re not hoping to get to know Him. We know Him now. The only thing which prevents us from seeing heaven is our physical bodies. “For we know that if the earthly tent which is our house is torn down, we have a building from God, a house not made with hands, eternal in the heavens” 2 Cor. 5:1 –  NASB).

My friend Lou Goszleth referenced Ephesians 2:6-7 when he preached to a group of us. He did not know that I had spoken on this topic the day before. Lou said, “My little granddaughter goes to heaven every single night. She says that she sees people there that she knows, and that they don’t even know that they’re in heaven. But scripture says we who are in Christ are already with Him in heavenly places.”

As I’ve been mediating on this and other similar scriptures, the LORD has given me a very practical response about what it means to live this way and to have the mind of Christ. If we have the mind of Christ, it’s because we’re dead to self. If we’re seated with Christ in heavenly places, it’s because we’ve died and our lives are hidden in Christ (Colossians 3:3). When we acknowledge this in our spirits and no longer walk according to the flesh (Galatians 5:16), our minds are elevated to Heaven’s understanding. We are encouraged mightily. We discern what is behind people and circumstance. And we act in accordance to Heaven’s perspective.