Spiritual Warfare – the helmet of salvation

A Taste of New Wine is now available! 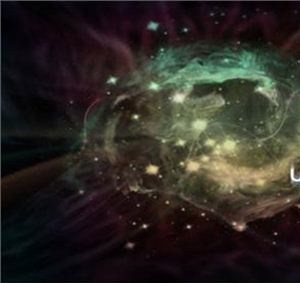 A friend who is just now coming into saving knowledge of Christ recently shared what a relief it was to realize that not every thought that enters his head is his. Realizing that there is an enemy who seeks to entice, enslave, and entangle us, and employs his minions to do the same, was like a light bulb going on for him, he testified. It was further encouragement to him when it was explained that we have a means to guard our mind from destructive thoughts.

As we study spiritual warfare, we must keep in mind that everything written in the Old Testament points to Jesus Christ and is meant to be for the edification of the church. Likewise, there is much to be learned about spiritual warfare from studying the details of Old Testament conflicts. Particularly the story of David and Goliath is a challenge to us.  David’s words should become our own battle cry when we’re confronted with intimidation, “Who is this uncircumcised (uncovenanted) enemy that he should defy the armies of the living God?” In other words, why are God’s people trembling on the sidelines when they are in covenant with The Lord of Hosts? Why are we trembling because of a bill in the mail or a troublesome coworker or a glance at a news headline?

We discussed previously that Saul’s armor did not fit David (1 Sam. 17:39). There is spiritual significance to this, in that Saul represented the flesh (sinful nature), while David, the man after God’s own heart (1 Sam. 13:14) represented the Spirit. These two are incompatible.

In 1 Samuel 17:38, it says that Saul “put a bronze helmet on his head” as he clothed David with his armor. In scripture, bronze represents judgment (Ex 27:2, Num 21:9, Rev 1:15). It is interesting that what covered Saul’s head was the heavy material associated with judgment in the Tabernacle of Moses.

By contrast, Paul tells us in Ephesians 6:17 that we’re to take up the helmet of salvation, and what covers our head is not heavy, but light and life-giving! In scripture, the head symbolizes the mind, the intellect, as well as rulership and lordship. If the head is impaired, the entire organism is afflicted, possibly to the point of death. As Christians, we need not be in despair over any situation; we can bring our thoughts under the rulership of heaven, because the hope we have in Christ is for salvation – both in this life and in the one to come!

The antidote to anxiety

Philippians 4:17 shows us how our minds can be protected from anxiety: “Be anxious for nothing, but in everything by prayer and supplication with thanksgiving let your requests be made known to God. And the peace of God, which surpasses all comprehension, will guard your hearts and your minds in Christ Jesus” (NASB). Similarly, 2 Timothy 1:7 says, “For God hath not given us the spirit of fear; but of power, and of love, and of a sound mind” (KJV).

Taking up the helmet of salvation is also instructed by Paul to the church at Thessalonica: “Let us put on . . . the hope of salvation as a helmet.  For God did not appoint us to suffer wrath but to receive salvation through our Lord Jesus Christ.” (1 Thess. 5:8-9 [NIV]). Isn’t that wonderful? We weren’t designed for judgment – to wear a bronze helmet. Rather, our great hope that protects us is that we were destined for salvation!

The same word that is used for salvation to describe what protects our head in Ephesians 6:17 is also used in Titus 2. “For the grace of God has appeared, bringing salvation to all men, instructing us to deny ungodliness and worldly desires and to live sensibly, righteously and godly in the present age, looking for the blessed hope and the appearing of the glory of our great God and Savior, Christ Jesus” (vv 11-13 [NASB]).

Notice the words instructing and looking for. Part of the function of salvation is to live with eternity’s hope in mind right now – and the knowledge that eternal life doesn’t begin when we reach Heaven’s portals, but rather that it has already begun for those of us who are in Christ Jesus.  Just as Paul wrote to Timothy, “Physical training is good, but training for godliness is much better, promising benefits in this life and in the life to come” (1 Tim. 4:8 – NLT).

No longer a slave to thoughts and feelings

Another passage on spiritual warfare is written by Paul to the church in Corinth. He says, “For though we live in the world, we do not wage war as the world does. The weapons we fight with are not the weapons of the world. On the contrary, they have divine power to demolish strongholds. We demolish arguments and every pretension that sets itself up against the knowledge of God, and we take captive every thought to make it obedient to Christ.” (2 Cor. 10:3-5 [NIV])

Paul reinforces here that we are indeed involved in a war, every single one of us who identifies himself as a Christian. Yet we do not engage in the battle the way the world does. How does the world wage war? We know the tactics of the world can range from picketing and boycotting and lobbying to more violent ways such as rioting and political coups. Other tactics are more subtle, such as various forms of seduction and manipulation.

Our weapons, Paul says, are not these. Ours surpass these methods of the world. The greatest freedom in the world is that we can take every thought – whether it is our own or someone else’s – and hold it under the light of Christ. He IS the truth. Our thoughts and those that invade our minds must come under subjection to His truth.

Finally, Isaiah says of The Lord, “He put on righteousness like a breastplate, and a helmet of salvation on His head; and He put on garments of vengeance for clothing and wrapped Himself with zeal as a mantle” (Isaiah 59:17).