The six-month walk across America

Love out of context 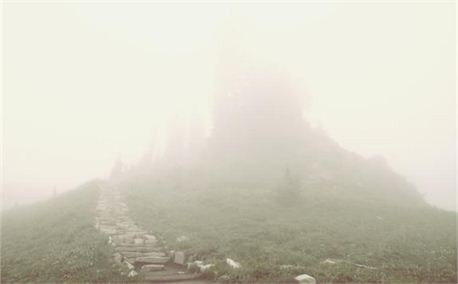 Friends of ours who live in an eastern country described once how pictures of that nation’s king hang in every public place – in bakeries and boutiques, and even at the front of the city buses.  In this particular country where they served, the king was a good man, and loved by his citizens. Our friends pointed out that it’s usually a stretch for Americans to think in terms of having the nation’s leader represented everywhere you look, because the way our nation was birthed (in revolution) has taught us generally to be hostile toward authority.

Scripture teaches that in the world at large, there are two supernatural kingdoms into which all created beings are under authority. Both kingdoms have a representation here on earth.

After being tempted in the wilderness by the devil and following John’s imprisonment, we see the formal ministry of Jesus begin. “From that time Jesus began to preach and say, ‘Repent, for the kingdom of heaven is at hand'” (Matt. 4:17).  Notice that the first words recorded of Jesus at the outset of His ministry are of a kingdom. This is the gospel. It is the good news about a kingdom – a kingdom that is at hand, within reach. As my friend and pastor Bishop E. Daniel Martin says, “The kingdom of heaven is at hand. We tend to think it’s for some other day or for someone else, but it’s at hand – for us, for now.”

In Matthew 12, a demonized man who is both blind and mute is brought to Jesus. Jesus casts out the demon causing the sickness, so that he both can see and speak. The crowds are amazed.  But when the religious leaders (Pharisees) hear of it, they have a sour reaction to this wondrous news. “Jesus uses the devil to cast out devils,” they accuse.

The transfer from one kingdom to another

Previously in this series on spiritual warfare, we discussed man as a triune being, comprised of a body, soul, and spirit. When man is cut off from God, his spirit is dead. When an individual encounters Christ and believes and confesses His lordship (Romans 10:9), his spirit is regenerated. In that moment, the Bible says we are “rescued from the domain of darkness and transferred into the kingdom of His beloved Son” (Colossians 1:13, NASB [italics added]). This passage indicates very clearly that prior to coming into the saving knowledge of Christ, each of us was a part of Satan’s kingdom.

A king’s people whom he rules are called his subjects, for they are subject to him. The dictionary defines the adjective “subject” as being “under the dominion, rule, or authority, as of a sovereign, state, or some governing power; owing all allegiance or obedience” (dictionary.com). Therefore, every single person on the planet is under the dominion of either God or Satan, and respectively are under light or darkness, salvation or sin (some subjects are more sold out to their particular ruler than others, it is evident. Being a citizen of God’s kingdom of course does not automatically guarantee that we never sin; neither by contrast are the subjects of the kingdom of darkness necessarily consciously going around doing every wicked deed they can imagine).

The primary evidence of an individual belonging to God’s kingdom is revelation of Jesus Christ.  2 Corinthians 4:4 says, “The god of this age [the devil] has blinded the minds of unbelievers, so that they cannot see the light of the gospel that displays the glory of Christ, who is the image of God” (NIV).People who do not know God, and those who claim they do not believe He exists, are in rebellion toward Him, because they are members of an opposing kingdom. Just like centuries ago when the king of France was at war with the king of England, the citizens of that country, though they did not initiate or perhaps want the war, found themselves in opposition to the other nation. This is why one often observes hostility toward Christianity while there is great tolerance for other religions, regardless of the fundamental beliefs and in the face of destructive behavior in the other religion’s followers. All false religions are under the dominion of Satan.

Angels and demons – non-human representatives of the two kingdoms

Within the two kingdoms, there are non-human subjects as well. Working in conjunction with Christians to advance the kingdom of God are His angels, or “messengers” as the term means. These angels have specific duties and areas of authority, which we won’t get into right now. Satan also has messengers working under his authority (see 2 Cor. 12:7). The terms demon, unclean spirit, or evil spirit are used interchangeably, and refer to supernatural beings in the kingdom of darkness. Scripture talks of hierarchy among the angels in God’s kingdom and those in Satan’s – of different levels of ruling power. We will explore this later.

It is the interaction of these two kingdoms that affect and manifest in (or display) what is happening here on earth. The natural realm (what can be seen, studied, or observed with the five senses) impacts and is likewise affected by the supernatural realm. Earth is part of the battleground, and at stake are the spirits, minds, and bodies of human beings.