The church is on the offense

Emily Tomko
Spiritual Warfare, State of the nation
church and corruption, church and its inheritance, church and the world, church stirred to action, faith and prayer, offense v defense, puritans and the new world, Rehoboth Beach, the role of church in modern society, the weapons of our warfare 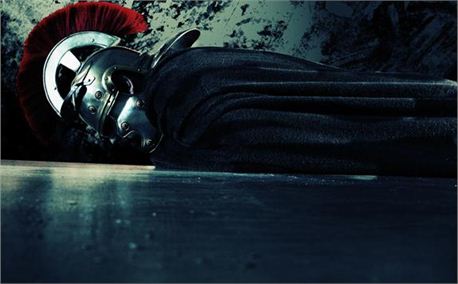 The vacation spot our family has gone to for decades – since I was a preschooler – has decayed so much culturally over the last several years that my husband and I debated recently whether we should continue to frequent it, especially now that we have children. In a resort that was originally designated as the site of church revival meetings, and was even named upon its discovery after a Biblical promise, the sexual perversion has become rampant and aggressively in-your-face. Along with this, my husband and I have noticed an explosion of new businesses connected with or catering to the occult, now comfortably established on the main thoroughfares.

While we were there last week, I was reminded of how the Puritans undertook the dangers of voyaging to the New World out of concern that the culture of their homeland was becoming a corrupt influence on their children. And I thought how now, the culture here in the New World has become decayed beyond the wildest imaginations of just a generation or two ago. And where can one go to escape it?

It hit me suddenly while we were walking the streets of the town, that we the church are not to be in retreat, not in this place nor anywhere else. It should not be us who are trembling with fear and apprehension, but rather the kingdom of darkness quaking at our presence, since we bear the power and authority that has already defeated it!

The church, being fully equipped with all that it needs through the death of Christ on the cross, has weapons of dynamite at its disposal. We are seated with Christ in heavenly places! (Eph. 2:6). We are kings and priests! (1 Peter 2:9)If we have forgotten or think otherwise, it is time to stop believing the lies of our Enemy. The bugle has sounded, the ranks are forming. It is time to brandish the weapons of our warfare.

I do not know what the churches of that resort area are doing to eradicate the corrupt culture; however, I know the history of other towns all across the world in which a handful of people began to gather to fast and pray, then church leadership got on board and suddenly, the power of God was released from Heaven. The darkness, in all of its terrible forms, was forced to flee.

The same thing can happen in any town across America, no matter how dark it has become, and any place in the world. Jesus said “Upon this rock [Peter’s testimony of Jesus being the Christ] I will build my church, and the gates of hell shall not prevail against it” (Matthew 16:18). That is a direct assertion by Christ Himself that it is hell which is on the defense, the gates not being enough to withstand the church from storming them. What is stopping us? Fear, or unbelief? Those are the flimsy weapons of our opponent – let’s shake them off and brandish the Word of God, in praise, prayer, and prophetic declaration.