The church is on the offense 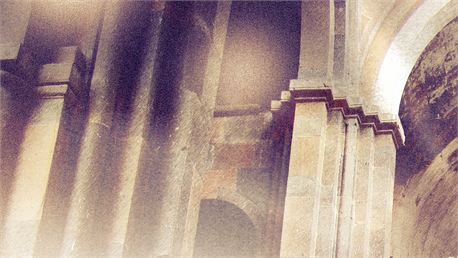 The problem to which I’m referring is not taking His name in vain as is the general understanding of the term – that is, using it as a curse or as a superlative.   Rather, it is putting His name as a stamp on our projects and on our Christian media and even using His name casually in our conversations.  An example of this might be calling a vehicle used to transport kids to children’s church “The God Bus,” or labeling a radio station “God Broadcasting.”

My mind can argue and outdo my spirit with reason on this subject.  “Putting God’s name on something is how people know it’s the Christian alternative.  It’s a designation to show that it is separate from the world.”  My brain says this, yet in my spirit, there is a pang that comes from the sense that God’s name is being made common.

Jesus, when instructing His followers how to pray said, “Our Father who art in Heaven, hallowed be thy name.”  Jesus’ proclamation and heart’s desire – the very first words of the prayer he modeled – was to see His Father’s name hallowed – honored and esteemed.  Where God’s name is not hallowed, there is darkness.

By the fear of the LORD, it is important to specify that this is a reference to a reverent awe, a high regard for Who He Is.   This kind of fear is not to be confused with the unholy spirit of fear referred to in Romans 8:15 and 2 Timothy 1:7 – a fear that brings about bondage and insecurity.

Likewise Isaiah 66:2 says, “But to this one I will look, to him who is humble and contrite of spirit, and who trembles at My word.”

A fearful vision of God on His throne

Larry Randolph shared a testimony of having a vision of God on His throne.   The universe – not the earth – but all the universe was a ball on which God’s feet were resting.  Jesus was at His right hand.  God slowly turned His head, and for two seconds God’s gaze rested on him.  In that brief instance, Randolph recalls that he could sense every single one of the billions of cells in his body screaming out, “Hide me!  Hide me! Hide me!”  The corrupt flesh could not tolerate to be in God’s holy presence.  Randolph’s vision brings to mind Revelation 10:11, in which John sees “a great white throne and Him who sat upon it, from whose presence earth and heaven fled away” as well as Psalm 97:5 in which “The mountains melted like wax at the presence of the LORD.”

If God’s presence has that effect on inanimate, soulless objects, surely we as His people should be more careful with His sacred name, and thereby cultivate a greater understanding of Who He Is.

*The preceding is an excerpt from Emily Tomko’s book Thirty-One Thoughts on Prophecy. Copyright 2012. All rights reserved.