The Gift of Faith

Preach the gospel. . .and use words 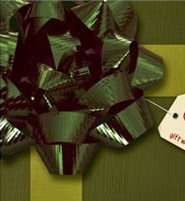 Scripture outlines nine manifestations in 1 Corinthians 12 that are given as gifts or described as an outworking of the Holy Spirit. A manifestation is a visible display of something that is invisible. “All these are inspired by one and the same Spirit, who apportions to each one individually as he wills” (v. 11). These cannot be earned, nor are they based on an individual’s merit or character. Rather, these gifts are given at the discretion of God for whom He wills, to be used to glorify Christ and advance His kingdom.

Of these nine gifts outlined in 1 Corinthians 12, one is the gift of faith (v. 9). Now every believer in Christ has a measure of faith allotted to him which he is to exercise in the way he thinks and acts (Romans 12:3). This is why Christians can disagree on certain decisions and non-core issues, such as the number of children to have or home schooling or the moderate use of alcohol (see also Romans 14). While a believer might feel very strongly about each of these things, we’re not to condemn others on such matters.

No Christian can say, therefore, “I don’t have the gift of faith” as an excuse for unbelief. Furthermore, scripture tells us that if we need more faith, we can get it – “Faith comes by hearing, and hearing by the word of God” (Romans 10:17 – NKJV).

This manifestation or gift of the Spirit described in 1 Corinthians 12:9 is unique therefore in that it is a special measure of faith – I would describe it as a sudden shot of faith injected into the believer’s spirit.

A distinct time I remember receiving this gift was in a rather unusual setting. I’d gone to the local high school to watch one of my youth group members perform the lead role of a play. It was the second of four performances, and we’d just arrived when I saw his mother in the crowded lobby. She looked upset, and when I talked to her, she told me that her son had just received a letter that evening from another parent condemning him for being in this play. The tone of the letter, though from a professing Christian, was unloving and accusatory. Her son was backstage, emotionally a mess.

“Let’s pray for him,” I suggested. The group around us who’d heard this account of what had happened consisted of two of his friends, an older lady from the church, his mother, my husband, and me. We grabbed hands, bowed heads, and I prayed out loud. I don’t remember how the prayer went, but I knew when it left my lips that everything was going to be alright. After we finished, his mother began to vent her worries again, but I cut her off and said, “Nope, it’s in the bag. Don’t give it another thought.” This was not spoken from arrogance or insolence, but from an absolute assurance that God had heard and answered our prayer. The play was a success, and when I saw her son that following Sunday morning for youth Sunday school, he told me of all the performances that he gave, that particular night was his personal best, he felt.

Another time God gave me this gift involved a prayer request from a Christian sister for miraculous healing for her cousin. Her cousin had bleeding following a C-section that couldn’t be stopped, and the doctors were very anxious about her condition (we learned that they did not expect her to make it through the night). I remember when I went facedown in my prayer closet to lift up this woman I didn’t know, I had a picture of the woman with the blood issue touching the hem of Christ’s garment (Mark 5:25-34). As I prayed, I saw Christ touching this woman in the hospital and healing her, and I was so certain that it was a “done deal” that I began laughing and crying and praising Him at that very moment. When I was finished praying, I ran to email my friend and tell her to have faith that her cousin would be completely healed. Not only did this happen, much to the surprise of the entire medical team involved, this young woman was rapidly released from critical care, then released to go home only a few days later – after her husband had been told by the doctors that even if she pulled through she’d be in the ICU for at least a week!

This gift of faith from the Holy Spirit is actually God’s faith given to us. It is nothing that we contrive, work up, or strive for. It does not come from our flesh or our best thoughts. Where the Holy Spirit is invited in, expect to see this gift manifest.

How have you seen this gift used? Is there a time when God gave you the gift of faith?