What has The Lord done for you this year? 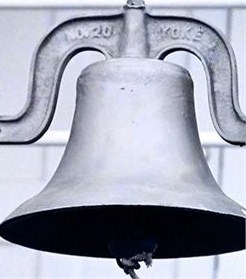 Years ago I heard a woman say, when asked about her dynamic Christian walk, what the secret was to her joy and lack of burnout. Her response was, “In the course of a day, I only do what the Holy Spirit tells me to.” At the time, I felt a twinge of cynicism. “Does the Holy Spirit tell you to clean your toilet?” I wondered silently. After all, a person could make it pretty convenient on themselves by saying God had only called them to certain tasks.

“Walk by the Spirit and you will not fulfill the desire of the flesh,” says Galatians 5:16. To walk in the spirit is to obey the voice of God over the voice of your flesh, defined in the original Greek as the sensuous, or carnal nature of man. Galatians 5:17 explains why this is often difficult: “For the flesh sets its desire against the Spirit, and the Spirit against the flesh; for these are in opposition to one another, so that you may not do the things that you please” (NASB).

The  more you feed your spirit and allow the Holy Spirit to have preeminence – through feeding on the word of God, worshiping, spending time in conversation and intercession with God, as well as fasting and corporate fellowship with the Body of Christ, the more strength you have to rise above the fleshly trappings that seek to snag you and pull you down in the mire.

Someone once described the battle between the carnal nature and the spirit like this:

Two natures beat within my breast

One is foul; the other blessed

The one I love; the one I hate

The one I feed will dominate

Evidence of the flesh

Paul goes on in his letter to the Galatian church to explain what the obvious sins of the flesh are: “Now the deeds of the flesh are evident, which are: immorality, impurity, sensuality, idolatry, sorcery, enmities, strife, jealousy, outbursts of anger, disputes, dissensions, factions, envying, drunkenness, carousing, and things like these, of which I forewarn you, just as I have forewarned you, that those who practice such things will not inherit the kingdom of God” (Galatians 5:19-21).

Incidentally, there are certainly forms of fleshliness which might not be so obvious or seem like “sin,” such as laziness or overeating. Idolatry can also be at work in our lives in much more subtle ways than proclaiming a false religion – it can take the form of internet addiction or too much television time. As the late Bible teacher Derek Prince once said, “The two  biggest idols in the American church are comfort and convenience.”

In reality, taking on projects and programs and even good things that the Lord has not specifically told us to do is sin, when it leads to burnout and other byproducts that are not what God intended. Too many Christians complain of not having enough time to spend with God on a daily basis; yet they have never inquired of the Lord whether He wants their children involved in the travel sports and music programs and other activities for which they maintain is why they’re so flustered. Again, music and sports and other activities that we invest in, both ourselves and other members of our household, can have some very good components. But, if we are harried and perpetually weary and especially if there is no time for the Lord, then something is in our lives or that of our family that does not belong there.

How does He do that??

Personally, whenever I’ve implemented the wisdom of only doing what the Holy Spirit says, I’ve found that every area in which He is invited to have preeminence in the course of a day is richer and fuller and more satisfying than if I leave Him out of my plans. It is also liberating when confronted with situations that we don’t necessarily want to do, to ask God His opinion (for example, when those around us ask us to do something we don’t necessarily want to, like an inconvenient favor). When we ask God if He wants us to undertake these things, if He says “yes” we can be assured we’re honoring Him in doing it and that He’ll give us the grace for it. If He says “no,” we can respond graciously but without guilt to the request. Again, I personally testify to being wonderfully blessed time after time by taking on favors that people have asked that took me out of my convenience or comfort zone, but to which God had affirmed that He wanted me to do.

Somehow, God “multiplies” the time so that whatever is consecrated to Him He repays. I made this surprising discovery after my daughter was born. It was a time when I truly felt many days that there was so much else that needed done in the snatches of time when she was sleeping, that I couldn’t possibly spend that with God. When she was about three months old, I determined one day that I was going to get into my Bible and spend time with Him when she was sleeping in the morning, because I missed that so much.  From that point on, each time I chose to do this, I found I had time to do my devotions, and somehow my other responsibilities were getting done as well. On days when I forewent my time spent with Him, I somehow had less hours and less energy to do my tasks. I don’t know how He does this, but just like the loaves and fishes, whatever we give to Him, He is able to bless and multiply so that we have more than enough. I have found this to be proven time and again.

And yes, He cares even about the “mundane” tasks such as housekeeping – He has, in fact, nudged me at different times to vacuum or do laundry when it needed done!

Rest is important to God

I think sometimes we’re so afraid He’s going to command us to do things that we really don’t want to do, that we deliberately shut out His voice. When that happens, what it really is is an exposure of our faithlessness. God is good beyond our imaginations, and by His nature He can only help pouring goodness out into whatever we give Him, even if at times it challenges us. God is infinitely more concerned with our well-being than we are.

Rest and recreation are very important to God – so much so that He set aside special times for His people when they would not work, but feast and fellowship.  He Himself modeled this importance of rest after six monumental days of creating the universe. The word “Sabbath” translates from Hebrew as “cease” or “rest.” “Come to Me, all who are weary and heavy-laden, and I will give you rest” Jesus says in Matthew 11:28.

Recently, I had a bit of time to myself, in which there was no little person in my house needing something from me. I looked around wondering how best to spend this rare commodity of solitude. In the back of my mind, I felt that I should probably spend it in prayer and intercession, as the list of needs was endless and as always, it felt there was such little time to really enter into real supplication. But I was tired.

“How would you like me to spend this time, Lord?” I asked. I truly sensed Him saying, “Go make a cup of tea and sit down by the fire.” So I did.

“The  mind of man makes his plans, but The Lord orders his steps” (Proverbs 16:9). Whether it’s weight loss or organization or work goals – or simply more rest – that are taking the form of 2014’s New Year’s resolutions, may we be encouraged to consult and consecrate everything to Him – and in doing so, be sure of much success and fulfillment!