The word of the Lord is prevailing

To judge or not to judge – responding to permissiveness 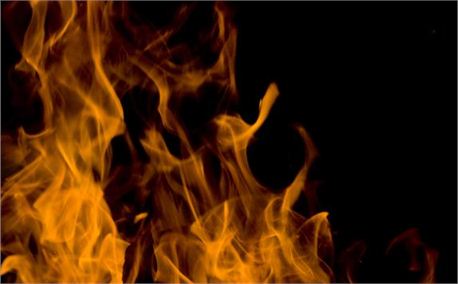 “For though we walk in the flesh, we do not war according to the flesh, for the weapons of our warfare are not of the flesh, but divinely powerful for the destruction of fortresses” (2 Corinthians 10:4-5 – NIV).

For the last two weeks, we’ve been studying five myths that paralyze the church from understanding and taking her rightful authority. The last one is this:

Myth #5 – The western church is too sick and scattered to impact the world around it. We’re losing every battle we’re fighting.

There is quite a lot of writing on all that is wrong with the church in the west. From what I see when we visit churches, I tend to agree with the assessment. But God is clearly raising up in the midst of this generation Noahs, Daniels, Gideons, and Jeremiahs – those who are quietly impacting the marketplace daily with their obedience and love and words, transforming the world in their prayer closets, and changing the atmosphere everywhere they go with their worship and joy.

Time Magazine ran an article earlier this year citing that America’s most heinous national sin – abortion – is losing major ground. In 2011, state legislatures passed 92 provisions restricting abortion. While even one is too many, this is a massive victory – and who would have fathomed it under a heavily pro-abortion presidential administration?

While pundits and politicians might attribute this toppling of abortion to constituents, lobbyists, or special interest groups, we know that it is the prayers of the saints that are accomplishing these victories.

When Paul traveled to Ephesus (Acts 19), there was an extraordinary amount of power on him through the Holy Spirit. After the seven sons of Sceva tried to replicate Paul’s Divine power, they were delivered a humiliating bruising at the hands of a demonic (v. 16). After that it says, what had happened “became known to all, both Jews and Greeks, who lived in Ephesus; and fear fell upon them all and the name of the Lord Jesus was being magnified. . . and many who practiced magic brought their books together and began burning them in the sight of everyone; and they counted up the price of them and found it fifty thousand pieces of silver. So the word of the Lord was growing mightily and prevailing.” (vv. 17-20 – NASB)

Note that the outworking of Paul’s miracles and deliverances in verses 11-16 was repentance on the part of Ephesus. And verse 20 says most interestingly that the word of the Lord was growing and prevailing.

As stated previously, I believe that the church right now in the United States is being disciplined and purged of the things of the flesh – those areas of which we did not seek God but rather did it out of our best knowledge through programs and human strategies. And what is born of the flesh can only produce flesh; it cannot produce anything lasting of the spirit (John 3:6).

But where individuals and flocks have been operating in the Spirit, they are seeing tremendous gain. The tide is turning in their communities. And it’s only the beginning!