The Year of Restored Marriages 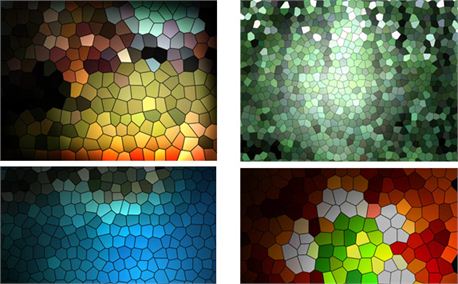 The name John Henry Hopkins might not ring any bells (no pun intended). However, you’re probably familiar with a song that this clergyman and composer wrote, called “We Three Kings.” Likely you could even sing some parodies of it! But do you know all the verses of this beloved Christmas carol?

One thing I treasure about the hymn writers of yesteryear is how well they knew scripture, and how their songwriting reflected their understanding of Biblical truths. This is true in the case of “We Three Kings*.” Check out the second verse:

Born a King on Bethlehem’s plain,

gold I bring to crown him again,

over us all to reign.

Scripture has a language all its own, and the more we study the Bible, the more we learn that nothing in it is “by accident.” Gold in the Bible represents divinity, royalty, and kingdom glory (see Exodus 25 and the instructions surrounding gold for the tabernacle, as well as Rev. 14:14, SS 5:11, et. al).  The significance of the wise men bringing gold to Jesus was a prophetic act, declaring Jesus’ deity and His kingliness (Matthew 2:2).

The next verse of “We Three Kings” goes as follows;

Frankincense to offer have I;

incense owns a Deity nigh;

Frankincense was part of the high priestly sacrifice to the Lord (Exodus 30) and a component of it, along with portions of other spices (Ex 30:34), was to be an exclusive fragrance for the Lord – an association that was signature to Him. Throughout scripture, incense is a representation of prayers and intercession (Psalm 141:2). Jesus is described as a priest (Hebrews 7:17) and so the magi’s gift of frankincense was significant to the role of Jesus as the high priest of our confession (Hebrews 3:1; Hebrews 4:14).

Myrrh is mine; its bitter perfume

breathes a life of gathering gloom;

sealed in the stone-cold tomb.

If the ancient world had baby registries, myrrh would probably not be an item on anyone’s list. Of all the gifts to give a baby, myrrh seems conspicuously out of place. For myrrh, which is the fragrant, sappy resin of a species of tree, was used as an embalming substance (see John 19:39). It symbolizes the perfume of suffering (see the Song of Solomon). Throughout scripture, it was associated with costliness (indeed, a Wake Forest study reports some experts ascertain that myrrh in Jesus’ day was probably worth about $4,000 per pound). As the fourth verse of “We Three Kings” asserts, “gathering gloom, sorrowing, dying” were the metaphors congruous with myrrh. I wonder at Mary’s and Joseph’s thoughts about receiving myrrh as a baby present.

Listening to Christmas carols over and over for decades can make the lyrics seem common. But meditating on the words as we sing them can stab us through the heart afresh how much the Father loved us when He sent His son to earth.

See Interpreting the Symbols and Types by Kevin J. Connor for further understanding of Biblical symbolism