The Year of Restored Marriages

Emily Tomko
Prophecy
2 Peter 3:9, All things are possible for him who believes, Genesis 18:14, John 10:10, marriage, recovering what was stolen, Supreme Court and marriage

The cost to come as a baby 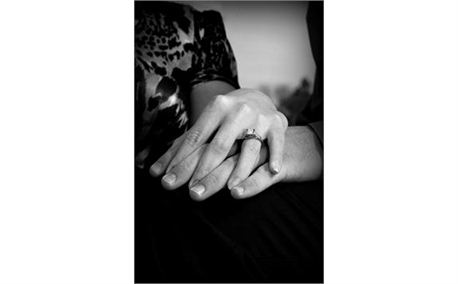 In January of this year, during quiet time with The Lord, the word He dropped in my spirit was, “2013 is the year of restored marriages.” I wrote it down right then and there as a declaration. I was excited and hopeful to see this word come to pass.

However, this year more than any other there has been an unprecedented attack on marriage. So many people I know are headed toward or have already gone through divorce – and among these several Christian couples from which the announcement came as a complete shock. Along with this, in 2013 the political leadership of this nation contributed to the assault on the family with the Supreme Court’s 5-4 ruling which struck down the legal preservation of marriage; the president added his voice of approval to this decision.

As 2013 comes to a close, I ponder this word from the Lord: “2013 – the year of Restored Marriages.” It is so at odds with what my eyes see. Which do I believe? What God told me, or what circumstances say? Undoubtedly I must believe The Lord that He gave me this word because He intends to restore marriages. That He is, in fact, already at work in the broken homes for which we’re praying.

But what about free will? What about the fact that the couple in question have declared to the world that they can’t get away from one another fast enough? That their differences are irreconcilable?

I believe the free will of an individual is no match for the will of God when a Christian is interceding for that individual. That goes for every choice a person can make: marriage, salvation, deliverance, career choice, etc. After all, He Himself created us – is anything too difficult for God? (Genesis 18:14). If He brought you into a place of repentance, and continues to bring you into repentance with Himself, how will He not do it for someone else? God’s will for everyone is life abundant (2 Peter 3:9), and not just in the next world, but in this one as well (Matthew 6:10, John 10:10)!

My husband and I testified when speaking at a sweetheart banquet earlier this year of our own rocky road together and the struggles we had at one point in our marriage. We’ve had a taste of how bad it can be, of how it feels when you’re constantly at an impasse with your spouse – when there’s no peace in the house. And you’re so weary of it all.

But God gave us a greater revelation of Himself and we began to walk in that. He will do it for you and the ones you love as well. As my husband and I shared at the end of our testimony, how often we hear people say, “Well, they have to want it for themselves” when we’re praying for marriages. Whenever I hear this phrase, my mind is drawn to the woman at the well who had had five husbands and was living with her boyfriend. I don’t see any indication in scripture that she wanted to change her circumstances. She simply encountered Jesus during one of her routine chores. And that changed everything.

May we go after what the enemy has taken from us with renewed fervor and with fresh passion, and with a refusal even to speak anything but life into the situations where the devil has gotten a foothold. We pray until we are told by the Father to stop, and as we pray, we acknowledge that all of Heaven is backing us up!