Worship – a mighty weapon of warfare

What they’re saying about College Bound: A Pursuit of Freedom

John and Jesus – the two baptizers 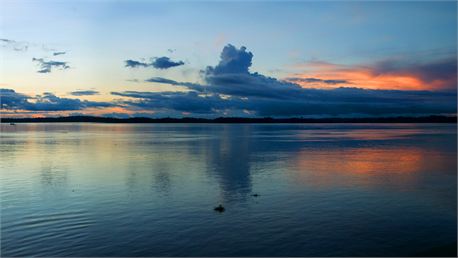 When faced with an impossible situation (two armies bigger than themselves attacking them simultaneously), Israel sought The Lord as the only possible solution. The Holy Spirit fell on a man named Jahaziel, a member of the family of Levitical priests. “And Jahaziel said, ‘Listen, all Judah and the inhabitants of Jerusalem and King Jehoshaphat: thus says the Lord to you, “Do not fear or be dismayed because of this great multitude, for the battle is not yours but God’s. . . You need not fight in this battle; station yourselves, stand and see the salvation of the Lord on your behalf, O Judah and Jerusalem.” Do not fear or be dismayed; tomorrow go out to face them, for the Lord is with you’” (2 Chron. 20:15-17).

What happened next was amazing: The king “appointed those who sang to the Lord and those who praised Him in holy attire, as they went out before the army and said, `Give thanks to the Lord, for His lovingkindness is everlasting.’ When they began singing and praising, the Lord set ambushes against the [enemies], who had come against Judah; so they were routed” (2 Chron. 20:21-22 – NASB).

The worshipers were sent out first, and the foes of Israel fought and defeated one another instead! Israel collected the spoils of the war, so much that it took them three days to bring it back home (v. 25). This meant that Israel was better off after being threatened with assault from their foes than before!

Notice that Israel still had to face their opponents. God didn’t instruct them just to sit at home and ignore the enemy. But it was God who did the fighting. Their job was to seek Him, listen for His direction, and then obey. Worship was the weapon that moved the hand of God to destroy the forces greater than them.

Worship is key to deliverance

“God inhabits the praises of His people,” declares David in Psalm 22:3. The context of this verse is a Messianic prophecy in which David cries out in anguish, asking why God has forsaken him, remembering the ways that his forefathers trusted in God for deliverance. Further in the passage, David beseeches God, “Save me from the lion’s mouth” (v. 21). Peter describes our enemy prowling about as “a roaring lion, seeking whom he may devour” (1 Peter 5:8 – NKJV).

That scripture tells us God is enthroned in the praises of His people is not just poetic – it is literal, it is practical, and it is for us.

Perhaps you have an impossible situation in your life. It isn’t just a case of no easy solution, but rather there is no visible solution. Perhaps you’re so discouraged you don’t even have the faith to pray into something or someone. Perhaps you’re in a battle in which you can’t quite discern the next steps to take, or whether to do anything at all. The answer is to start worshiping and praising God.

In a practical sense, worship takes the focus off of us or our circumstances and places it rightfully on the One who deserves it. As we engage in worship and praise, we open a channel between heaven and earth. If our worship is the true worship of “spirit and truth” that Jesus described (John 4:24) we begin to take on the Father’s thoughts toward the problem.

There is a supernatural element to worship that shifts things in the heavenlies. I am so convinced of the victory that is available in worship that I have encouraged my preschool-aged children to sing worship songs with all their hearts, for major things such as when Mommy is praying over serious requests that have come through, but also for practical predicaments, such as when running low on gas and not seeing a filling station in sight. (If you read what happened to me and my husband last summer when we got stuck in the Lincoln Tunnel in a similar circumstance and worshiped, you’ll know that it works miracles!).

What happened to Paul and Silas after being beaten up and wrongfully imprisoned is a powerful testimony to us about the nature of worship. “But about midnight Paul and Silas were praying and singing hymns of praise to God, and the prisoners were listening to them; and suddenly there came a great earthquake, so that the foundations of the prison house were shaken; and immediately all the doors were opened and everyone’s chains were unfastened” (Acts 16:25-26).

That in itself is pretty spectacular. But God’s work didn’t stop there. The fear of the Lord came upon everyone in that place, including the jailer, who asked “What must I do to be saved?” (Acts 16:30). Paul instructed him to believe in the Lord Jesus Christ, and the jailer and his entire household were saved and baptized that night. Not only that, Paul’s persecution was vindicated, and he was delivered – released from prison, and those who had wronged him put to shame (v. 39).

Bible teacher Allan Chambers points out an interesting tidbit in the book of 1 Chronicles, which establishes the geneaologies all the way from Adam to the Messiah. Scripture makes a note that the birthright should have gone to Joseph, but that “Judah prevailed over his brother and from him came the leader” (1 Chron. 5:2). The name Judah means “praise.” Chambers said that a birthright indicates that someone has an established right to something – that it belongs to him. The birthright of the firstborn entitled him to the best of his father’s blessings, the prime inheritance. In this case, it was supposed to go to Joseph, but Judah prevailed over his brother. What does this mean for us? When we operate in praise we prevail, giving us a right to our Father’s blessings, overcoming and taking the territory which He desires to give us.