A sky lit up with prayer 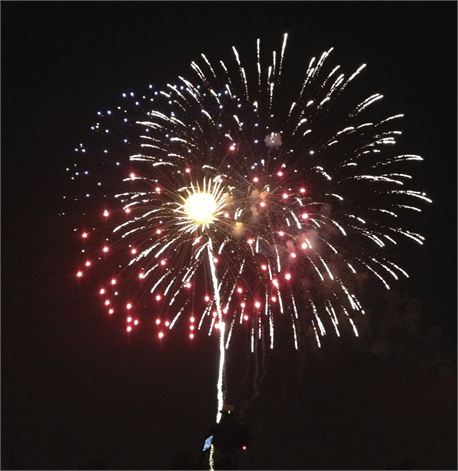 A New Brunswick man just visited our church and told of how he overdosed in April 2014 after struggling with the excruciating pain of Guillain-Barre disease. In the hospital he was pronounced clinically dead for 12 hours. During that time he entered the portals of Heaven and gave an exhilarating account of what he saw and did. One of the things he said that really struck me was that in the blue skies of Heaven he saw what looked like contrails in brilliant colors. Unlike a jet’s contrails, which follow the earth’s curvature, these were vertical and shot straight up. He was told while he was in Heaven that these were prayers being offered up on his behalf. He was then told that it wasn’t his time and to return to earth, which was incredibly difficult for him. His sister-in-law, he told us, was an intercessor and she had been there at the hospital praying for him.

Somebody once said, “If we could see the effects of our prayers in the spirit realm, we would never cease to pray.” The trouble is, not being able to see, we doubt. And when we doubt, we don’t pray as passionately or as steadfastly, if at all.

There is only one reality for us as believers, and that is the faithfulness of God through His word!