According to your faith so let it be done to you

Emily Tomko
Healing, Prayer, Spiritual Growth
according to your faith, faith and healing, faith comes by hearing, faithful prayer, healing and deliverance, Matthew 9, oh you of little faith, without faith it is impossible to please God

“Eyes off the news and on Me” 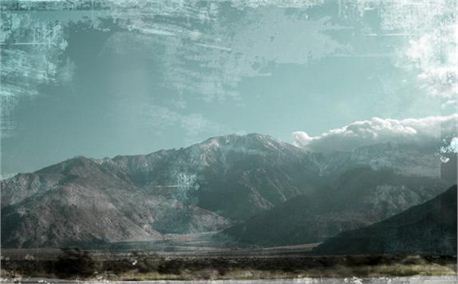 If you had been among those who walked the earth when Jesus did, would you receive healing from him, or would he have to usher you and your unbelief right out of the room because of the interference it might cause with the advancement of the Kingdom of God? What about today? God has posed this question to me, and it is a sobering thought.

In Matthew 9, Jesus is asked to come to the home of a synagogue official and touch his daughter who has just died. When the crowd hears Jesus make a statement about the girl’s condition (“She has not died, but is asleep”) they begin laughing at Him. In verse 25, it says, “When the crowd had been sent out, He entered and took her by the hand, and the girl got up” (NASB).

Notice that Jesus did not do anything until the agents of unbelief had been dismissed. He did not try to prove his statement in front of them, nor did he attempt to try to convince them of God’s capability to deliver in the situation.

This passage brings to mind Matthew 13:58, which says that Jesus “did not do many miracles [in Nazareth] because of their unbelief.” In other words, a whole town missed out on healing, deliverance, and doubtless the teaching and preaching of eternal life that accompanied Jesus’ ministry – all because of the absence of faith. How terrible!

In the midst of this Matthew 9 passage comes the account of the woman with the blood issue who had been suffering for twelve years. After touching his cloak, Jesus turns to her and says, “‘Daughter, take courage; your faith has made you well.’ At once the woman was made well.” (v. 21). What a statement from Jesus! “Your faith has made you well.” I find it very interesting that Jesus does not directly attribute her healing to his Father (although of course he knew God’s power was responsible), but rather he emphasized her faith as the catalyst!

Faith and the advancement of the Kingdom of Heaven

Immediately following the healing of the synagogue official’s daughter, comes this in Matthew 9:

“As Jesus went out from there, two blind men followed Him, crying out, ‘Have mercy on us, Son of David!’ When He entered the house, the blind men came up to Him, and Jesus said to them, ‘Do you believe that I am able to do this?’ They said to Him, ‘Yes, Lord.’ Then He touched their eyes, saying, ‘It shall be done to you according to your faith.’ And their eyes were opened.”

“It shall be done to you according to your faith.” Jesus’ words in Matthew absolutely arrest me. Jesus says that according to my faith, that’s what I’m receiving from the Kingdom of Heaven.

In other words, “According to how big you see God, let it be done to you! According to how you see the character of God (generous, compassionate, slow to anger, victorious, abounding in lovingkindness, mighty, willing and able to heal), so let it be done to you!” As a parent of young children who sometimes question my judgment, despite my experience and wisdom in contrast to theirs, and my great love for them, I have a vague idea how heartbreaking it must be to God when His children question His motives, power, and willingness to meet their physical needs. No wonder faith is so important to God.

In the account of the blind men, before He healed them, Jesus asked the men specifically about their faith. Why did He question these men and not others? Was it because Jesus had come directly from a house that was so full of faithlessness that Jesus had to put the people outdoors in order to heal the official’s daughter?

Notice also that Jesus did not say to the men, “Let me check with the Father to see if it’s His sovereign will to heal.” Nor did Jesus say, “It would glorify God more if you stayed blind.” The faith of the two men who pursued Jesus was directly responsible for receiving the healing that God wanted to deliver through Jesus.

These words of Jesus to the blind men are nearly the same words he’d used with the centurion in the preceding chapter: “It shall be done to you as you have believed” (Matthew 8:13).

There is a mindset in much of the church of “God’s going to do what He’s going to do” which takes any responsibility off of us for anything in our lives and the world around us. The focus on the sovereignty of God (His supreme power and authority) to the exclusion of how He moves and acts in connection with humanity can detract from understanding the need for faith from His followers.  Not just faith for salvation and a hope of Heaven someday. There is a need for faith now in this life to see God’s kingdom come in our circumstances – in every single issue that we face.

Along with the lack of emphasis on faith (which Jesus, Paul, and the writer of Hebrews all focused on at length), there has also been a denigration of faith in much of the western church, with entire books written by evangelical leaders criticizing those who operate in “too much faith.” A popular theme of Hollywood and secular literature, especially during the 1970’s and 1980’s was abuses perpetrated by “faith healers” (This can be seen in countless syndicated television shows, such as The Waltons and Little House on the Prairie, as well as prize-winning literature such as Lee Smith’s Fair and Tender Ladies, etc. etc.)

Certainly it is not helpful to condemn people for their lack of faith – on the contrary, many of us have seen the damage that can do, especially to a sick person or his family. However, Jesus did say to His disciples, “Where is your faith?” I wonder if he stressed the word, “your” – as in, “I employed my faith. But where is your faith?” Scripture further tells us that if our faith is lacking, we can get more. “Faith comes by hearing and hearing by the word of God” (Romans 10:17).

The focus that Jesus and the gospel accounts place on faith makes me wonder how much of my life has been limited by the faith that I have in my God? It is a serious question, and one that should not be ignored. It is much better to be seen in the world’s eyes as foolish than it is to be simply faithless.