According to your faith so let it be done to you

All things are possible for him who believes 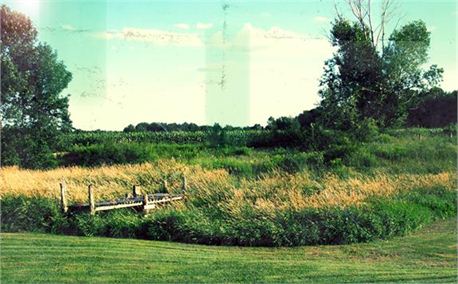 Everything that happened with God’s people under the Old Covenant was given as examples for us under the New Covenant (1 Cor. 10:6). For instance God leading His people out of slavery in Egypt is a symbol of us being freed from the slavery of the world; the blood of the lamb applied over the lintels of the house signified Christ’s blood covering believers from the angel of death; and the Red Sea was a type of baptism (1 Cor. 10:1).

God had so much more in store for His people than just getting them out of Egypt, though. He wanted them to enjoy worship with Him (Ex. 7:16) and take them into a land flowing with milk and honey (Ex. 33:3).

Likewise, God wants believers in Christ not just to be freed from eternal death and the slavery of this world’s lawlessness and despair, but to inherit a promised land. (Check out some great teaching of Pastor Jake Kail on “contending for the promised land”).

Deuteronomy 9 – Dispossessing the land from the giants

God has been reinforcing a passage of scripture with me about going after the giants that stand in the way of Christians taking their Promised Land inheritance. It is found in Deuteronomy 9:1-6

“Hear, O Israel! You are crossing over the Jordan today to go in to dispossess nations greater and mightier than you, great cities fortified to heaven, a people great and tall, the sons of the Anakim, whom you know and of whom you have heard it said, ‘Who can stand before the sons of Anak?’ Know therefore today that it is the Lord your God who is crossing over before you as a consuming fire. He will destroy them and He will subdue them before you, so that you may drive them out and destroy them quickly, just as the Lord has spoken to you.

“Know, then, it is not because of your righteousness that the Lord your God is giving you this good land to possess, for you are a stubborn people.

To dispossess is defined by the Free Dictionary as “to deprive (another) of the possession or occupancy of something, such as real property.”

One of the standout things in this passage is that God tells His people (three times!) that it is not because of their righteousness that He is doing this, but because of the wickedness of the people that they’re fighting against. How many times do you think in your heart of hearts, “If I could just get some of these stains cleaned up a bit, get this area of my life a little better under control, God is really going to use me”? And time goes by and you never quite arrive at that place.

Certainly holiness and obedience is vital to the Christian’s relationship with God. But what a realization to know that it’s not because of our own righteousness that God wants to take back the ground that the devil is occupying, but because of the wickedness and destruction that He wishes to end by bringing in His kingdom.

Recognizing and going after the giants

What then, are the formidable giants – the sons of Anak – which we are to dispossess, or drive out, from our midst? In other words, what ground has the enemy stolen that God wants to reclaim?

Here are just a few things that come to mind:

Much of the church would say that these areas are unattainable. “Giants” stand in the way of them being taken over by The Lord. Like God’s people Israel, a great percentage of the professing church has lost sight of the God that they serve, His mighty power and His promises. They don’t understand His ways, and that He acts for the sake of His name (Psalm 106:8, Isaiah 48:9, Ezekiel 20:9).

Hebrews 3:19 warns believers under the New Covenant not to be like Israel: “So we see that they were not able to enter [the Promised Land] because of unbelief.” Earlier in this chapter, the writer of Hebrews quotes Psalm 95, saying that “they hardened their hearts…they always went astray…they did not know My ways.”

Joshua and Caleb, the two spies who were willing to believe the promises of God and go against the giants to dispossess the land, were the only ones who inherited the Promised Land – they and their families.

What is the specific land that God is calling you to dispossess? You may be the only one willing to believe that God is able and willing to conquer the giants. But if it is only you, take heart – you will be rewarded for your faith – and not only you, but your family as well.