“All sin is the same”? Things Christians say that the Bible doesn’t

Prophesy over your day 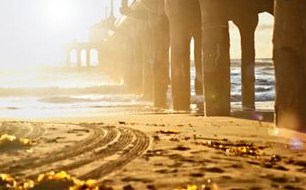 “All sin is the same. I  sin, so who am I to find fault with someone else?” This statement is commonly heard in our culture by Christians. It is often said in the context of overt sin that society or even a church has decided to ignore or even embrace.

I want to put the spotlight on some clichés Christians say that the Bible doesn’t. My motive for writing this series is to encourage Christians to 1) agree with God and His word (that is true repentance); and 2) study the Bible for themselves. Jesus said that we will know the truth and the truth will set us free (John 8:32).

Sin and the Law of Moses

Let’s examine the statement “All sin is the same” or “All sin is equal” and see how it bears up with what scripture says.

Under the Law of Moses, God distinguished between purposeful and unintentional sin. The people were commanded to offer up sin offerings or in other cases guilt offerings to make atonement (or right a wrong) for their culpability. Different sins also carried different penalties. In addition to the variety of animal sacrifices required per the offense, some sins meant that restitution was required (compensation for whatever was lost or damaged).

“If a person acts unfaithfully and sins unintentionally against the Lord’s holy things, then he shall bring his guilt offering to the Lord: a ram without defect from the flock, according to your valuation in silver by shekels, in terms of the shekel of the sanctuary, for a guilt offering. He shall make restitution for that which he has sinned against the holy thing, and shall add to it a fifth part of it and give it to the priest. The priest shall then make atonement for him with the ram of the guilt offering, and it will be forgiven him” (Leviticus 5:15-16, NASB).

There were other sins that God told Moses carried the death penalty. Among them were infanticide/child sacrifice, incest, homosexuality, and bestiality, as well as idolatry or involvement with the occult: “Now a man or a woman who is a medium or a spiritist shall surely be put to death. They shall be stoned with stones, their bloodguiltiness is upon them’” (Lev. 20:27 – NASB). In these cases, no atonement could be given, indicating a more severe degree of offense to God’s holiness.

Likewise, when God chastises Jerusalem for its idolatry, He likens His people to a prostitute who is worse than any other kind. He says, “Men give gifts to all harlots (prostitutes), but you give your gifts to all your lovers to bribe them to come to you from every direction” (Ezekiel 16:33, NASB). In this passage He compares other wicked cities to Jerusalem, including Sodom, describing them as her sisters. God says this: “Because of your sins in which you acted more abominably than they, they are more in the right than you. So be ashamed, you also, and bear your disgrace, for you have made your sisters appear righteous” (Ezekiel 16:52, ESV). In other word, all the cities deserved judgment for their idolatry, but Jerusalem was so much worse in God’s eyes, that He refused to judge Sodom and Samaria as harshly.

There is also a level of wickedness that can invoke God’s irrevocable judgments on nations: “If a country sins against Me by committing unfaithfulness, and I stretch out My hand against it, destroy its supply of bread, send famine against it and cut off from it both man and beast, even though these three men, Noah, Daniel and Job were in its midst, by their own righteousness they could only deliver themselves,” declares the Lord GOD (Ezekiel 14:13-14, NASB). In other words, the most righteous, humble intercessors in history could not intervene on its behalf.

Finally, consider this passage: “There are six things that the Lord hates, seven that are an abomination to him: haughty eyes, a lying tongue, and hands that shed innocent blood, a heart that devises wicked plans, feet that make haste to run to evil, a false witness who breathes out lies, and one who sows discord among brothers” (Proverbs 16-19, ESV). This is what is called a numerical proverb, common in the Middle East, and its use is to emphasize what is particularly abominable in the sight of Jehovah.

But didn’t that all change under Christ and the New Covenant?

It is important to remember that God does not change – His nature, His faithfulness, His judgments. They are always righteous, always perfect. Remember that Christ said He did not come to abolish the law (Matthew 5:17).  Rather, Christ said He is the fulfillment of the law, and so we who are in Christ are no longer under it (see Galatians 3:24-25). Some Christians have the idea that God underwent a radical personality change from the time He made the Old Covenant until the New. “I the LORD do not change” (Malachi 3:6, NIV).

Here is Jesus’ reaction to unrepentance. Notice Jesus names three cities infamous for their wickedness: Tyre, Sidon and Sodom. He says that these unrighteous cities will be better off in the day of judgment than Chorazin, Bethsaida, and Capernaum. Why? Because the latter experienced Jesus’ miracles and did not repent. Jesus indicates here that there will be different judgments handed out according to different levels of unrighteousness and unrepentance.

In Matthew 23, Jesus exposes the religious leaders’ hypocrisy, saying “Woe to you, scribes and Pharisees, hypocrites, because you devour widows’ houses, and for a pretense you make long prayers; therefore you will receive greater condemnation” (v. 14, NASB). Again, Jesus indicates greater judgment will be handed out to those who bear responsibility for people’s relationship with God.

This brings to mind James’ solemn warning, “Let not many of you become teachers, my brethren, knowing that as such we will incur a stricter judgment” (James 3:1, NASB). Pastors and teachers, does this verse make you tremble? It certainly makes me.

Note 1 Corinthians 6:18, in which Paul says, “Flee immorality. Every other sin that a man commits is outside the body, but the immoral man sins against his own body” (NASB). Here we see that we can commit a sin unique in that it inflicts damage on our own bodies.

The Bible has a lot to say about churches that have ongoing sin in their midst. Jesus has a different word for each of the seven churches of Revelation according to their deeds. The church in Ephesus He initially commends for what they’ve done right, but then says this: “But I have this against you, that you have left your first love. Therefore remember from where you have fallen, and repent and do the deeds you did at first; or else I am coming to you and will remove your lampstand out of its place—unless you repent.”

Yet look at the church in Thyatira, which is also praised for good works, but then sternly warned: “I know your deeds, and your love and faith and service and perseverance, and that your deeds of late are greater than at first. But I have this against you, that you tolerate the woman Jezebel, who calls herself a prophetess, and she teaches and leads My bond-servants astray so that they commit acts of immorality and eat things sacrificed to idols. ‘I gave her time to repent, and she does not want to repent of her immorality. ‘Behold, I will throw her on a bed of sickness, and those who commit adultery with her into great tribulation, unless they repent of her deeds. ‘And I will kill her children with pestilence, and all the churches will know that I am He who searches the minds and hearts; and I will give to each one of you according to your deeds” (Revelation 2:19-23, NASB). The penalty for Thyatira’s tolerance of sexual immorality was different than that of the church in Ephesus whose fault was losing their first love.

The wages of sin is death

“The soul who sins shall die,” says Ezekiel 18:4. Romans 6:23 tells us that “the wages of sin is death; but the gift of God is eternal life through Jesus Christ our Lord” (KJV). James says, “When lust has conceived, it gives birth to sin; and when sin is accomplished, it brings forth death” (James 1:15, NASB).

Unchecked, full-grown sin in all of its forms brings about death. However, the outcomes, judgments, and effects on the individual believer and corporate body vary. This is only a snapshot view of what the Bible teaches on sin. But it is enough to deduce that in God’s eyes, not all sin is the same.