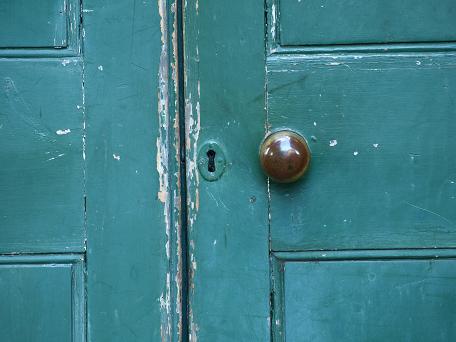 choosing not to open the doors God has closed

He was so sick that he had to take a break every few minutes from initialing the pages of the will to vomit into a bucket that was beside the bed. His gaunt, shrunken frame beneath the sheets was more redolent of tent poles than a human body, and the once vibrant skin was a mottled gray. Only photographs on the walls testified to the handsome and charismatic individual that once was. The faces of his parents as they patiently and quietly facilitated these final protocols with him were almost harder to see than his own.

Many years have passed and the image of this man in the final stages of AIDS remains heavy on my mind, as does the grieving compassion of his parents as they cared for him. In a culture that has seduced even a portion of the church into believing that sin isn’t really sin any more, one is reminded that it is out of His incredible mercy that our Lord gives us guidelines about anything at all.

James says that it is not God who tempts, but that “each one is tempted when he is carried away and enticed by his own lust. When lust has conceived, it gives birth to sin; and when sin is full grown, it brings forth death . . .” (James 1:14-15). The NASB says, “when sin is accomplished” and the KJV says, “when sin is finished.” In other words, it may take a long time but sin eventually works out its end goal: death. As Paul affirmed, death is the wages of sin (Romans 6:23).

Why is sin so enticing? Why is it so easy to get entangled in it? Every one of us – pastors or politicians, teachers or toddlers – is susceptible to sin in some form or other, be it pride, self-centeredness, cold-heartedness, sexual sin, or all of the above.

Sin’s attraction, in a large part, is because when it first comes to us it’s in its infant stage. It looks harmless, small, even sweet. It comes as a flirtation at the office – a little bit of attention from someone and we’re flattered. We entertain it, rather than cutting it off. We don’t see twenty years down the line and one of our precious preschoolers is now an adult struggling with alcoholism and paying for counseling; the other’s having trouble in her own marriage because of the hurt inflicted by her parents’ divorce.

Sometimes sin takes a generation or more to be full grown. Perhaps we think we’ve evaded consequences because we weren’t caught. But there are spiritual laws and they are as real as natural laws. There’s no such thing as “safe sin.” If “you have sinned against the LORD, be sure your sin will find you out” (Numbers 32:23). Sin will find out your children and your grandchildren if it isn’t dealt with before the Lord.

Jesus taught us to pray to the Father to “lead us not into temptation, but deliver us from evil” (Matt. 6:13). A very real, practical prayer in this generation where the love of many has grown cold, is that when temptation comes in its various disguises, the Holy Spirit reveals a glimpse of it as sin in its full-grown stage.