Emily Tomko
Spiritual Growth
Bethsaida, Hebrews 11:6, Mark 6, Mark 8:22-26, Repent for the Kingdom is at hand, the sin of unbelief, the unrepentant cities 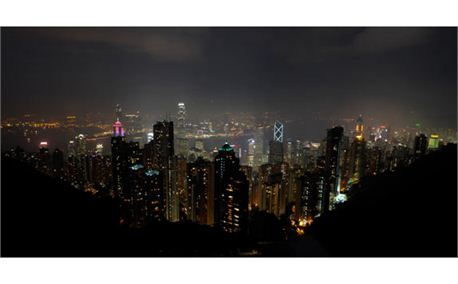 Is there something God wants to do right now in your life, but can’t because of your unbelief?

In Mark 8:22-26 a blind man is brought to Jesus from the village of Bethsaida. It says in verse 23 that “taking the blind man by the hand, He brought Him out of the village.” Rather than simply laying hands on the blind man, Jesus went to the trouble of escorting this sightless man out of the town. We don’t know how long a walk that was, but it could have been miles. Why did Jesus do such a thing?

A clue is found in Matthew 11:20-21, in which Jesus denounces Bethsaida and other cities where His miracles were done. In very forceful terms, He says that they have invited extreme judgment on themselves, pointing out that not even Sodom was as culpable as they. What was Bethsaida’s guilt? Its people had hearts of stone, which refused to come into agreement with God and His kingdom of light, even in the face of having seen its glorious power on display!

It is interesting to note that this is the only recorded miracle of Jesus that is done in two parts. Twice Jesus has to lay hands on the man before his sight is fully restored. Could it be that the atmosphere of unbelief from Bethsaida had so permeated the surrounds that it interfered with the power Jesus had to heal? This seems likely, as we see Mark 6:5-6 says, “Jesus could not do any miracle [in Nazareth] except to heal a few sick people . . . And he wondered at their unbelief” (italics mine).

Do you think perhaps that God is often more concerned about unbelief in our lives than He is with other areas that we’re still hoping to “clean up”? There is nothing trivial about any kind of sin; however, we may live scrupulous lives beyond any outward reproach, but be grieving Him by the devastation of our unbelief.

Notice what Jesus says to the man after He heals him and the man’s eyesight is fully restored: “And He sent him to his home, saying ‘Do not even enter the village.’”

That heart-stopping verse is loaded with implication. Foremost, it seems Jesus was concerned that this man – who had in a matter of minutes gone from total blindness to perfect vision – might still be in peril of coming under the spirit of unbelief and unrepentance that was a trademark of Bethsaida. It is possible to experience healing of an ailment and not retain the healing because of unbelief.

I will never forget a terrible illustration of this that was relayed by a local woman who witnessed it firsthand. She was at a prayer meeting where a man was suffering from Lou Gehrig’s Disease (ALS). His features were horribly contorted because of the illness. Someone in the group stood up and began boldly declaring and prophesying healing over him. As this person in faith released heaven’s power, the man’s face began to relax. His features went back to normal, and for the first time in months, he looked like himself. On the back of the faith-filled prayer, another individual began to pray a very plaintive, pleading “Lord-if-it’s-your-will-to-heal” style prayer. The woman who relayed this story was watching the man with ALS, and she said immediately his face contorted back to its previous state of agony. Weeks later he passed away.

Another implication of Jesus’ warning to the healed man is that he didn’t even want him to go in and give a testimony to all his neighbors and those who’d known him of how he’d been suddenly and miraculously healed – their hearts were too hard for it even to make a difference!

I have been in settings in which I gave testimony of miraculous and sudden physical healing, and afterward, people came up to me with remedies that I should try – they didn’t even believe me when I testified that I was actually healed.

Have you ever been made to feel, either by yourself or by other Christians, that your expectations for what God will do are just a little out there? That perhaps you’re being unreasonable? Have past disappointments jeered at you, even hindered your present ability to pray?

There are prominent ministers – highly revered – in the United States today who have furnished entire doctrines around unbelief. They hold in suspicion and contempt those Christians who believe and expect the hand of God to move in miraculous ways. Even if validated in their criticism, the unloving spirits of these ministers belie a heart that is not in repentance.

I believe the reason why we hear of so many miracles coming out of China and Africa and India and Brazil and other second and third world countries is because western Christendom has been dying a slow death caused by unbelief. We have exalted the intellect at the expense of the spirit.

Unbelief is not only a repellant to God (Hebrews 11:6), it is deadly. If we harden our hearts not to expect physical healing because we’ve suffered terrible disappointment in the past, we risk hardening our hearts entirely to God. If we suppose certain gifts and movements of the Spirit were only for the early church, we risk tossing out other segments of life-giving scripture. In other words, unbelief in any form can kill the spirit. We must turn our backs on unbelief as we would the most wicked of sins, and flee it.

By contrast, we do not condemn those who are struggling with unbelief. Like Jesus, we can pray for them that their faith does not fail (Luke 22:32). When our own faith is under attack, we can declare the word of God aloud over ourselves, and scripture says our faith will increase (Romans 10:17). We can seek out other faith-filled Christians. But may we take care not even to enter the village of Bethsaida, in whatever form that takes: be it a church that does not weekly preach and pray down the miraculous, or a doctrine that cuts off the present, quickening power of God to do the impossible right now, on earth.