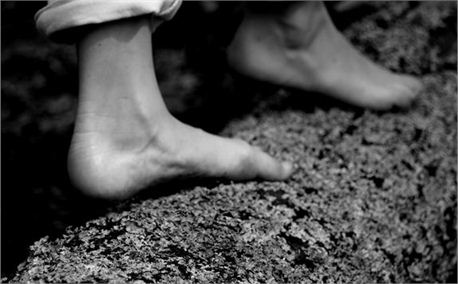 God gave His people a promise that He would “drive out all these nations before you, and you will dispossess nations greater and mightier than yourselves. Every place on which the sole of your foot treads shall be yours” (Deuteronomy 11:23-24). The land was theirs, but they had to take possession of it by walking into it. Later, He affirmed this same promise to His servant Joshua (Joshua 1:3). Previously, I elaborated on this commission, which is still the thrilling task for God’s people today.

Our friend Calvin Greiner motivated us as a congregation to take this scripture to heart, and for 30 years he has been prayer walking. In February he will walk across America in these promises. His encouragement and exhortation a few months when he and his wife visited our church challenged me to take this scripture seriously.

One of the places that I tread upon and have taken in faith as my territory – that is, the LORD’s territory – is my gym. I want to see light and life coming to the individuals that go there, as well as the staff. It bothers me that yoga is practiced there, and some days I can hardly tolerate the music that pours out of the speakers – it can be degrading and sometimes demonic. So, I’ve actively been praying for this secular hot-spot, declaring out loud specific things in the locker room when no one’s around – that worship will be played on the speakers and that the atmosphere will glorify God.

Today I have a testimony about God’s faithfulness. This morning, as I was running on the treadmill, I suddenly heard praise music coming over the speakers – first time ever that that happened in all the years I’ve been there! It was the song, “How Deep the Father’s Love for Us,” followed by another R&B/Gospel style song that just shouted out the names of God and His power, followed by a string of hallelujah’s! For a moment, I thought I was in some alternate universe. Right away, my natural mind began to try to figure out reasons for this, and “explain away” why this was happening.

I caught myself in time, and instead just enjoyed the music, praised God for His faithfulness, and thanked Him. Then the CD ended, and a Switchfoot song came on from their Fading West album.

As I was walking out of the gym, I stopped to tell the guy at the desk how much I appreciated the invigorating music. He said, “Yeah, I don’t even know what this stuff is. I just figured everyone was a little tired of the dance mix and heavy metal. I think this one’s called ‘Switchback’ or something?” This man didn’t even know what it was he was playing – I love how God uses anyone to give Him glory!

This isn’t the final testimony, of course, for my gym. But I wanted to share it because it’s just one neat one along the way. May your faith be encouraged!