Emily Tomko
Spiritual Warfare
Colossians 2:15, confidence in Christ, Ephesians 6, faith-filled prayer, God's will vs. Satan's will for man, intercessory prayer and the holy spirit, It is finished, Matthew 6:10, spiritual warfare, the Lord's prayer and God's will

The six-month walk across America 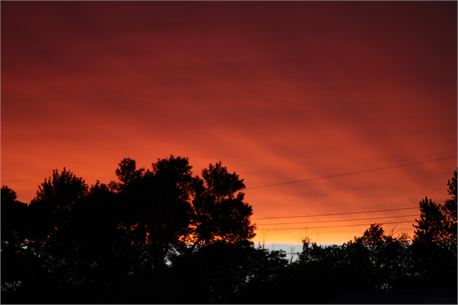 There’s an old saying that you may have heard growing up that goes, “Tell the truth, shame the devil.” But did you know that the devil has already been publicly shamed?

Scripture says that after He defeated the spiritual powers of darkness by fulfilling the requirements of the law on the cross, Jesus publicly triumphed over them.  “When you were dead in your transgressions. . . [Christ] made you alive together with Him, having forgiven us all our transgressions, having canceled out the certificate of debt consisting of decrees against us, which was hostile to us; and He has taken it out of the way, having nailed it to the cross. When He had disarmed the rulers and authorities, He made a public display of them, having triumphed over them through Him” (Colossians 2:13-15).

In the ancient world, when a ruler went into battle and defeated his enemy, he would return to cheering throngs, leading behind him a procession that included the overthrown enemy, on display for public shame. Jesus did the same thing with the enemy of mankind. What incredible implications from this passage in Colossians! Christ has triumphed over our foe the devil, stripped him of the authority man had given to him, and openly shamed him and his minions!

What this means for us

Because Christ defeated the enemy, Satan has no right over any territory – geographical or human. The only legality the devil has is when a person gives it to him (see Ephesians 4:27).  Really, the devil is nothing more than a squatter. A criminal hanging out on someone else’s property who needs to be evicted. Christ has accomplished everything needed for His people to rout Satan and his forces anywhere he can be found. So why do we live such impoverished, sorry lives? Why do we spend our days downcast and in despair?

People often say things like, “I know God has a reason for all the chaos that’s happening right now in my life,” or “I’m suffering right now but I’ll get through it somehow and someday my troubles will be long behind me when I’m with God in glory.” There are flaws with this way of thinking: though God is sovereign in His power, much of what happens on earth is not His will. While persecution is part of every godly Christian’s experience (2 Timothy 3:12), most Christians see all the trouble in their lives as part of God’s design, with no thought that we have an enemy who prowls around like a roaring lion looking for someone to devour (1 Peter 5:8). There are often elements of a believer’s experience which are not from God and for which Christ has paid with His blood so they don’t have to be endured.  Certainly this includes sickness. It also includes the suffering we subject ourselves to by not surrendering wholly to The Lord.

If we don’t believe it, we don’t walk in it

A few weeks ago, I was feeling really heavy because we were interceding for three different families that have been ravaged by cancer. It incensed me that Jesus publicly humiliated the powers of darkness, and yet it seems like cancer has shamed much of the church in America. (There will be more addressed on this topic in a future post).

I am rejoicing today that all three of the individuals for whom we were standing in the gap against cancer are now better off physically than they were a few weeks ago! But the  knowledge of what Christ has done is what we must keep in mind, what we must stand firm in, when we go into battle in prayer and proclamation against the works of the enemy. Because though Satan is defeated, he will not stop harassing humanity – and doing all he can daily to get Christians to believe that they’re the ones who are defeated. And if we believe that, instead of what God has done and wants to do, we commit the sin of faithlessness. We will limit or cut off the flow of Heaven to earth (Matthew 6:10).

Perhaps then, the old saying should be revised: “Have faith, the devil’s been shamed!”