Before you decide on that Christian college 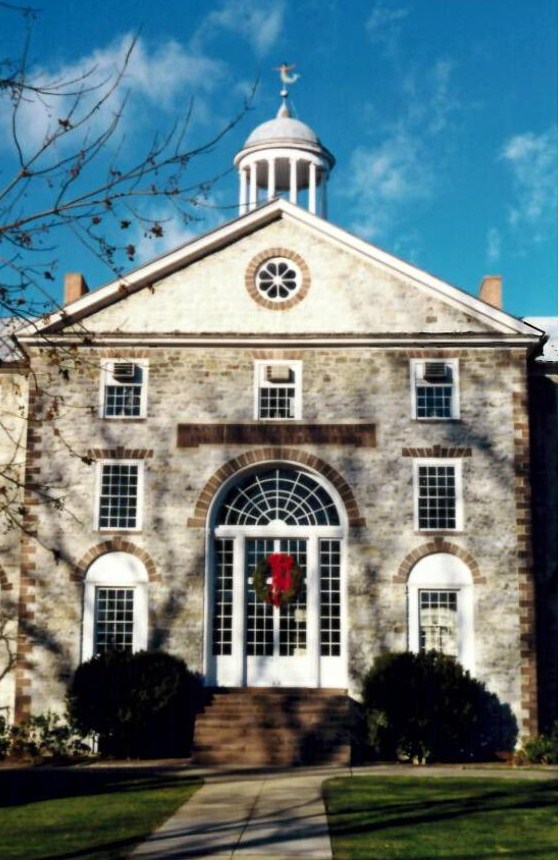 A friend who was on staff at a university in Pennsylvania described tactics that certain professors used to strip away the faith of their eager and impressionable students. “They took a kind of sick delight in teaching these kids to question their faith, question everything they’d been taught growing up. It was almost like watching the devil himself ask them, ‘Did God really say. . .?’ And after they had dismantled these students’ ideas, the instructors never built them up with again with any solid teaching.”

Such a scenario would be believable enough in any secular institution. But it was unthinkable that my friend was describing an eyewitness account of a “Christian” campus.

In a previous blog, I talked about arming and equipping our teens before they leave home, especially for the entrapments of college. Many people naively believe that choosing a Christian college will bypass the temptations and pitfalls that are abundant on most campuses. However, it is clear that in many ways, some Christian colleges can be more dangerous to one’s faith than their secular counterparts.

One of the chief reasons for this is that parents and students alike expect for the most part that a faith-based campus is going to have like-minded people. Parents are usually paying quite a lot of money for their children to be instructed in godly pursuits by godly people. Impressionable students likewise come with the expectation that someone with a doctorate in theology will understand more about Christ and His ways than they. But this many times is not the case.

A young person I know who was in my youth group has told me about how professors at her Christian college teach the students to question everything. This is good if the questioning is done in light of what scripture teaches. If scripture is not brought into the equation, however, spiritual confusion sets in. This in turn opens a door for apostasy.

2 Peter 2:20-21 states that a person in apostasy is worse off than the sinner who has no prior knowledge of Christ: “For if, after they have escaped the defilements of the world by the knowledge of the Lord and Savior Jesus Christ, they are again entangled in them and are overcome, the last state has become worse for them than the first. For it would be better for them not to have known the way of righteousness, than having known it, to turn away from the holy commandment handed on to them.”

My cousin is a nontraditional student enrolled at a university in Virginia, well-known as an established Christian institution. He recounted to me the papers that he’s been assigned to write and the grading criteria from the professors. “They have extremely liberal worldviews,” was his assessment. “Not necessarily Bible-based at all. You wouldn’t know you’re at a faith-based school.” Fortunately for him, he has lived twice as long as most students and is used to standing up for and articulating his beliefs. Wisdom and experience have tested his faith and granted him more solid grounding in his beliefs than most traditional students have had.

One person told me of a small private college she attended that was affiliated with a denominational church. In the entire religion department, she knew of only one professor who was a believer. She testified that every other professor she had, had openly mocked Christ and His followers. She found that very difficult to stand up to, day after day.

Research, and church and academic leadership affirm this trend

When I was on a radio program in September, I spoke on this subject of Christian colleges that are actually hostile to the gospel. A pastor from a Bible church was in the studio with me, and I saw him nodding vigorously as I spoke on-air. Afterward, we talked about how pride can be a snare for many professors, even if they’re genuine Christians.  “Knowledge puffs up” (or makes arrogant) the Apostle Paul wrote in 1 Corinthians 8. And God sets his face against such people (James 4:6).

Intervarsity.org cites an article in the March 7, 2010, issue of The Chronicle Review, published by the Chronicle of Higher Education, which surmises that attending college as a member of an evangelical minority group can actually strengthen the faith of a student.

At a pizza joint, over bread sticks and soda, one of the girls I’d had in youth group recounted tales of her freshman year. Much of it sounded like scenes out of Animal House.

“And this is a Bible college?” I repeated at one point. At the end of our lunch, we prayed that she would continue to have the courage to stand up under the peer pressure that came from the lying, sneaking out, and other chaos that defined her dorm life. There was only one other girl that she knew on her floor that was following Christ.

Since there are some parents who refuse to invest in college for their children unless it’s a “Christian” school, it stands to reason that many of the kids enrolled might not have an active faith of their own. The worldliness of roommates and peers that is reported by many of my former youth still astonishes me every time I hear of it. “You really have to seek out true believers,” one girl told me about her Christian campus.

Not every Christian college is created equal. For all the horror stories out there, there are some great academic institutions that are training and equipping people for the work of the kingdom. I have often thought I’d like to attend the Christian institutes which some of my best friends attended, because of how their lives reflect Christ. They are women who were well trained in the Bible, and know how to travail in prayer. They worship in spirit and in truth. They were taught by apostles of the faith who came to the campus and spoke life into them. They lived and breathed their studies in their daily living and have testimonies. They continue to grow in grace and in the knowledge of the Lord Jesus Christ. These amazing women have enriched my life beyond my wildest expectations.

The purpose of this blog is not in any way to dissuade people from choosing a Christian institution for their higher education. Rather, it is meant to shed light on the reality that many campuses tout themselves as faith-based, but instead of building up young people in their knowledge of Christ, are instead sowing the seeds of agnosticism and pantheism and pluralism. This is an entreaty that, before deciding upon a Christian college, it’s important to take the time to dig deeper and really investigate the atmosphere of the campus. Is Jesus truly Lord there, or is His name simply being used to market it?