Bless and do not curse

Emily Tomko
Spiritual Growth
Bless and do not curse, intercession, intercessory prayer, Job and his friends, Job's prayer for his friends, prayer of blessing, speak life

Say it out loud

A Tree Grows in Brooklyn 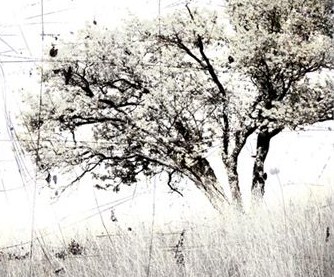 I heard a story of a guy who passed a strip club every day on his way to work and often cursed it under his breath because of the destruction it was bringing to his community. One day he was driving by it and muttering under his breath when he suddenly heard the Lord say, “Why are you cursing my people?” Surprised, the man decided to bless it instead. The next morning, when he drove by, the joint was completely shut down, out of business.

Jesus commanded us to pray for those who persecute us (Matthew 5:44) and the apostle Paul told the church to “Bless those who persecute you; bless and do not curse” (Romans 12:14 – NASB).  The prayer of blessing on the part of a Christian is a supplication that God will be at work in whatever person, situation, or entity is being blessed. It is not a plea for God to prosper a person in his sin. It is not asking God to give favor to whatever evil might be taking place through an individual or entity.

In scripture, God instructed Job to pray for his three friends who had badly wounded him (Job 42:8). God wanted to honor the prayers of His servant Job and redeem the three sinful men, but He also knew that if Job interceded for these men, it would prevent bitterness from taking root in Job and causing him to stumble.  “The LORD restored the fortunes of Job when he prayed for his friends, and the LORD increased all that he had twofold” (Job 42:10). Prayer for that miserable trio which had worsened Job’s nightmare condition benefited them and Job’s spiritual condition, and the LORD also prospered Job in material blessings as well.

It stands to reason that the more difficult it is for us to speak a blessing on someone (i.e. someone who has hurt us, used us badly, or whose character is repugnant), the more impact our prayers will have because the very action is a sacrifice to the Lord. Likewise, as we bless those who wrongfully use us, we in turn are blessed. Our outlook changes and we enter into freedom from the effects of the ill feelings the person has caused us.

With this knowledge, who is God asking you to bless right now? Who is it most difficult for you to bless?