Do you despise your life?

Asking for more of the Holy Spirit for your children 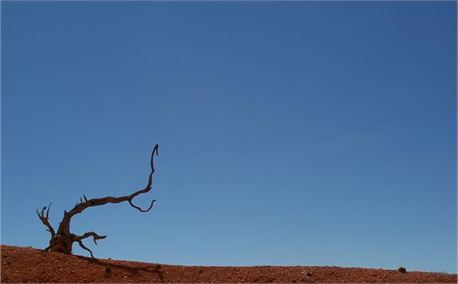 Zebulun, one of the twelve tribes of Israel, is described as “a people that despised their lives, even unto death” (Judges 5:18).  In other words, Zebulun did not count their lives dear to them, even to the extent that they were willing to die. Does that stir you? That is a picture of complete surrender. They were unattached in regards to all earthly-related things. So when Israel was being severely oppressed by their Canaanite enemies, the judge and prophetess Deborah summoned 10,000 men of Zebulun to war against their oppressors. A soldier who despises his life unto death is the best kind to have. This tribe would be fearless in battle.

Zebulun is referenced again in Chronicles for the tribe’s loyalty to David when Saul was threatening David’s life. It says, “Of Zebulun, there were 50,000 who went out in the army, who could draw up in battle formation with all kinds of weapons of war and helped David with an undivided heart.” (1 Chron. 12:33). Here we again see a characteristic of Zebulun – an undivided heart. Zebulun had singleness of purpose. “If thine eye is single, thy whole body shall be full of light,” Jesus said (Matthew 6:22, KJV). We know that David is a type of Christ, and Saul represents the flesh. These men of Zebulun had forsaken the people’s choice, King Saul, and were completely committed to the man after God’s own heart, despite what it might cost them. When David became king, these men would no doubt have a share in his glory.

Meditating on this description of Zebulun is a challenge to us as the Body of Christ. Do we despise our lives, even unto death? Is advancing the Kingdom of Heaven more important to us than anything else in life? Do we despise, or make of no account, what people might think of us? Do we despise our comfort? Do we despise the fact that we have not yet seen with our eyes what God has told us is true, and yet we keep believing? Are we willing to die for Him who died for us?

Jesus said “Truly, truly, I say to you, unless a grain of wheat falls into the earth and dies, it remains alone; but if it dies, it bears much fruit. He who loves his life loses it, and he who hates his life in this world will keep it to life eternal” (John 12:24-25, NASB).

Another characteristic mentioned of Zebulun was that they could draw into battle formation with varying weapons. This suggests a humility that respects leadership, order, and that acknowledges and draws on each other’s gifts in the Kingdom of Heaven. Surely this is what is needed today in the army of the Lord. We are not squabbling over doctrines, we’re not envious of each other’s gifts, we regard leadership with humility, and we’re responding to the sound of the battle trumpet and we’re taking our place in the regiment.

Are you a Zebulun? What does it mean to you personally to “despise your life?”