Do you despise your life? 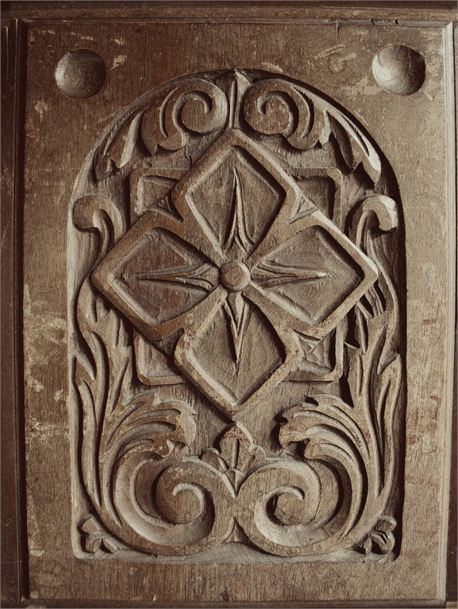 “I have observed over the years that many Christians seem to be pulled in two directions when it comes to their Christianity and how to apply it in a political world. Our hearts tell us to get involved and make a difference, especially when we see ungodly leaders taking our nation down a path of destruction. On the other hand, many of us have been taught that things are going to get progressively worse and, as a result, we wonder if there is any need to try. The result is sometimes a double-minded approach which lacks purpose and confidence.”

This is from the preface of Brad Sherman’s work Preparing for the Government of God: the kingdom of God from a political perspective. Recently Sherman, an Iowa pastor who, in his own words somewhat inadvertently became active in the political arena (“God kept laying things on my heart. I would do them, doors would open, and I would step through them”), ignited our hearts with his humble and profound teaching that introduced a paradigm shift (that is, a fundamental change in some assumptions or approach). Pastor Sherman taught from scripture and focused on the angle of

Brad examined the following scripture with this perspective:

“For rulers are not a cause of fear for good behavior, but for evil. Do you want to have no fear of authority? Do what is good and you will have praise from the same; for it is a minister of God to you for good.”  (Romans 13:3-4, NASB). Brad pointed out that rulers are established by God in order to encourage good works and to punish wickedness. When righteousness is despised and wickedness is praised, then a rogue government is in place, which is the dilemma in which the United States increasingly finds itself.

Jesus came to earth not simply to give us a ticket to heaven, but rather to establish His kingdom rule here on earth, Brad pointed out.  Jesus preached the gospel of the kingdom (see Matt. 4:23,   Matt. 5:19, Matt. 6:10, Matt. 6:23, Matt. 8:11, et al) which was setting up His authority and His order now here on earth. We know that this does not involve the world’s tactics or weapons, such as bloodshed or armament. Spiritually and practically, however, we are to be appropriating the authority Jesus bought back with His death on the cross from the principalities and powers (see Colossians 2:15, Ephesians 6:12) and ruling now.

The Parable of the Nobleman

Jesus told this parable: “A nobleman went to a distant country to receive a kingdom for himself, and then return. And he called ten of his slaves, and gave them ten minas and said to them, ‘Do business with this until I come back.’ But his citizens hated him and sent a delegation after him, saying, ‘We do not want this man to reign over us.’” (Luke 19:12-14, NASB).

The nobleman represents Jesus, who went away for a time, promising He’d return. Why did His subjects hate Him and rebel against His rule, especially if He was away? The effects of His rule were being felt through His servants, Brad said. And so it is with the world today. Jesus’ parable stands the test of time daily when we see students denied freedom of prayer in their schools, judges legislating so-called gay marriage, and municipalities voting to remove the name of God from their buildings.

The rest of the parable speaks to the wrong mentality Christians can adopt in believing that what they do in this life doesn’t really matter. Failing to exercise our authority and influence will not simply be forgotten once we leave this world for the next:

“When he returned, after receiving the kingdom, he ordered that these slaves, to whom he had given the money, be called to him so that he might know what business they had done. The first appeared, saying, ‘Master, your mina has made ten minas more.’ And he said to him, ‘Well done, good slave, because you have been faithful in a very little thing, you are to be in authority over ten cities.’ The second came, saying, ‘Your mina, master, has made five minas.’ And he said to him also, ‘And you are to be over five cities.’ Another came, saying, ‘Master, here is your mina, which I kept put away in a handkerchief; for I was afraid of you, because you are an exacting man; you take up what you did not lay down and reap what you did not sow.’ He *said to him, ‘By your own words I will judge you, you worthless slave. Did you know that I am an exacting man, taking up what I did not lay down and reaping what I did not sow? Then why did you not put my money in the bank, and having come, I would have collected it with interest?’ Then he said to the bystanders, ‘Take the mina away from him and give it to the one who has the ten minas.’ And they said to him, ‘Master, he has ten minas already.’ I tell you that to everyone who has, more shall be given, but from the one who does not have, even what he does have shall be taken away.”

Do we love His appearing?

Brad Sherman challenged us with this thought: do we love Christ’s appearing? When His kingdom comes into situations and circumstances, are we rejoicing? The Apostle Paul said, “in the future there is laid up for me the crown of righteousness, which the Lord, the righteous Judge, will award to me on that day; and not only to me, but also to all who have loved His appearing” (2 Tim. 4:8).

The late Bible teacher Derek Prince made the statement, “Christians aren’t waiting for the Antichrist to appear; Christians are waiting for Christ to appear.” This I believe summarizes what Brad also challenged us with, and that is not to live in fear or anticipate everything just growing darker and more hopeless, but to prepare the way of The Lord in the spirit of Elijah (see Isaiah 40:3, Mal. 3:1, Matt. 3:3, Eph. 6:15).

Some of the other interesting themes Brad Sherman challenged and enlightened us with were The Great Awakening and its effects on America’s founding fathers, Webster’s 1828 Dictionary (which Sherman pointed out one could get saved reading, the very explanation of our language was derived so much from scripture), and how desperately we need Revival to turn the current tide of slavery and dependency that people are voting to govern them. There is legislation coming forth regularly in congress which is seeking to change or abolish elements of the Constitution, stripping it of the concept of God-given rights. For when the rights are no longer God-given, then they will be written as government-given. And if the State can give them, the State can take them away.

Pastor Sherman has been influential in issues affecting Israel, the pro-life battle, and the protection of marriage. His Libations for Liberty offers excellent teaching on a Biblical world view in the context of historical figures and their understanding of and impact on liberty. Check out his web site at www.getpurpose.org/