He calls into being that which does not exist 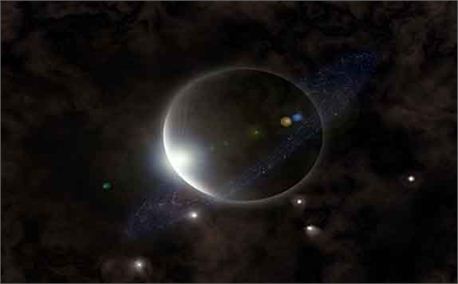 “I’m at my wit’s end with my daughter,” the woman confided to me. “She’s stubborn, rebellious, disrespectful…I think she makes bad choices just to spite me. I might as well encourage her to do the opposite of what would be good for her, she has so much contempt for my opinion. And the guys she goes after! All of them are just losers and users. I certainly didn’t raise her to be this way.”

Most of us can relate to a loved one whom we’ve watched more than once make poor choices, or a coworker whom we care about dearly who seems to be in perpetual cycles of personal chaos: broken relationships, financial problems, addiction, etc. In fact, many of us are surrounded by these sorrowful scenarios. These situations seem daunting – like they’ll never change, except maybe to worsen.

Yet we who call ourselves Christians are called to a radical faith that should prevail against these problems wherever they’re found. After all, we carry within our mortal bodies the living God!

One of the scriptures that God has been bringing to mind in particularly desperate situations that seem so hopeless – that have been going on for years despite prayers and pleading and tears and talk – is Romans 4:17. “God…gives life to the dead, and calls into being that which does not exist.”

In the beginning, God called light into being when it simply had not been there. It appeared because He said so. Later, He told a geriatric that she’d get pregnant and have a healthy child.  She had a good laugh over that idea, but a year later a son was born to her, despite her own disbelief (Genesis 18:10-14). Hebrews 11 gives a list of people who saw God act in this way on their behalf.

This raise-the-dead power is now living in us (Romans 8:11). We have the power and authority to call into being the things that are not as though they were, just with our spoken word. What a thrilling thought. If we believed that scripture and acted on it, who in our lives would we see transformed? So long as we know that what we our calling into existence is the will of the Father, we have assurance that Heaven’s power is behind us, just in our spoken word.

Instead of complaining in exasperation at the behavior I see in my child that tries my very last nerve (which I’m sometimes tempted to do), I am encouraged to call into existence all that I long to see in her.  I especially like to proclaim scripture. “Every day she is ‘growing in wisdom and in favor with God and man.’ ‘All my children will be taught of the LORD, and the well-being of my children will be great . . . in righteousness they will be established.’ `My children are walking in truth,’ and `they overcome the world because they believe Jesus is the Son of God.’”*  The promises given to us in scripture are powerful and unlimited.

According to the power that is within us, God can do immeasurably more than we can ask or imagine (Ephesians 3:20). Yet often, I find that I ask or imagine way too little. In fact, if picturing a hard-hearted family member breaking down and confessing Christ as Lord and Savior is too great for my imagination, there is a good possibility that I will not speak out in faith the bold prayer that this person will indeed be transformed. I’ll allow myself instead to be intimidated into believing the lie that they can never come into knowledge of Christ. Which is silly, because Christ touched me when I was as hard-hearted and rebellious as anyone else.  Why would He not do it again? “Is anything too difficult for God?”