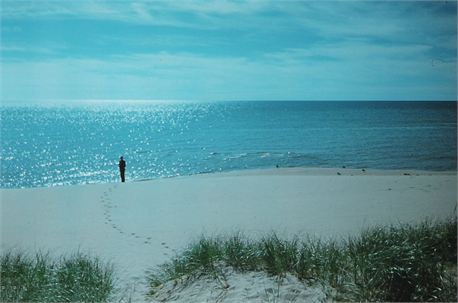 The man was recognized by all who lived in the neighborhood. He’d sat in the doorway near the Laundromat for years asking for change from passersby. A buddy of his helped set him and his basket up every morning, since the man was physically limited. One day, a Spirit-filled believer happened to walk by and boldly released Christ’s healing on the man, helping him to his feet. Stiffly at first, then growing stronger, the man began to walk. Those who lived on his block watched him, hardly believing their own eyes. People came out of the Laundromat to see what the commotion was. “Look at me! Jesus Christ healed me!” the man cried, spinning joyfully in a wobbly circle as bystanders stared. When he called his sister a few hours later, she heard the same excited message, as did all those in the neighborhood who stopped to listen.

In my last blog we discussed healing as a key to repentance, and examined specifically the revolutionary heart change that Namaan had, formerly an enemy of God’s people, after he received dramatic healing. In this post we’ll explore further the fact that healing not only opens up a channel for repentance in the heart of the one receiving the healing, but also provides a platform for preaching and teaching Jesus Christ for the entire community of family, friends, and acquaintance that witness the person’s healing.

In Luke 7, when Jesus raised the son of the widow from Nain from the dead, scripture says that “Fear seized them all, and they glorified God, saying, ‘A great prophet has arisen among us!’ and ‘God has visited his people!’ And this report about him spread through the whole of Judea and all the surrounding country.”

Likewise, in Mark 7 Jesus healed a man from his deafness and also a speech impediment. The Bible describes the reaction of those around: “They were utterly astonished, saying, ‘He has done all things well; He makes even the deaf to hear and the mute to speak.’” You see, praise and worship were the automatic reaction to God’s healing.

In Acts 3, a beggar received healing from the Holy Spirit’s ministry through Peter. This man had been “lame since his mother’s womb” (v. 2). The effect on the people of seeing this man’s health fully restored and him praising God was “wonder and amazement” (vv. 10-11). This in turn gave Peter an open platform to preach the gospel of Jesus Christ (see Acts 3:12-26).

Similarly in Acts 9, a man who was paralyzed and had been bedridden for eight years was instantly healed when Peter says, “Jesus Christ heals you.” Look at what verse 35 says: “All who lived at Lydda and Sharon saw him, and they turned to the Lord.” Note that healing brought about repentance and belief in Christ for the entire region!

The same thing happened later in this same chapter, when the Holy Spirit through Peter raised a woman from the dead. “It became known all over Joppa, and many believed in the Lord” (Acts 9:42, NASB).

Why did the Pharisees plot to kill Lazarus? Because Lazarus was a walking testimony of the healing power and authority of Jesus and people were coming to see him (see John 12:9-10).

Many of us can quote Hebrews 13:8 by heart: “Jesus Christ is the same yesterday, today, and forever.” But do we really believe that? If He has not changed, then what His disciples and the seventy that He sent out and the early church did is what we should be doing as well: preaching, teaching, healing,raising the dead, and casting out demons.

God’s healing brings about God’s glory. Is it possible that the reason there is so much controversy surrounding this topic, so much antipathy in the Body of Christ, is that healing not only deals a severe blow to the power of darkness in the physical and emotional freedom it brings, but that it bears much spiritual fruit for the kingdom of Heaven as well?