“If I speak with the tongues of men and of angels” 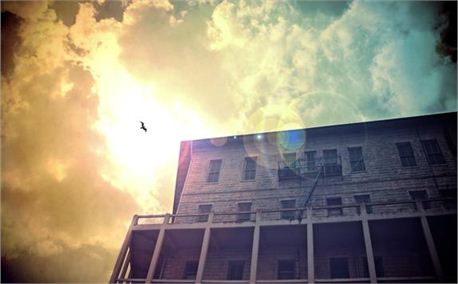 Jesus said that speaking in new languages, or tongues, would be a sign that came along with His followers: “These signs will accompany those who have believed: in My name they will cast out demons, they will speak with new tongues” (Mark 16:17 – NASB).

In a previous post we touched on how speaking in tongues in scripture is a manifestation (outward appearance) of the presence of the Holy Spirit:

“When the day of Pentecost had come, they were all together in one place. And suddenly there came from heaven a noise like a violent rushing wind, and it filled the whole house where they were sitting. And there appeared to them tongues as of fire distributing themselves, and they rested on each one of them. And they were all filled with the Holy Spirit and began to speak with other tongues, as the Spirit was giving them utterance” (Acts 2:1-4 – NASB)

Likewise, when the apostles laid hands on new believers for them to receive the Holy Spirit, these new Christians began to speak in other languages:

“When they heard this, they were baptized in the name of the Lord Jesus. And when Paul had laid his hands upon them, the Holy Spirit came on them, and they began speaking with tongues and prophesying” (Acts 19:5-6 – NASB).

What exactly are tongues?

As referred to in scripture, tongues is in essence a foreign language – that is, one not learned by the one speaking it – given spontaneously by the Holy Spirit (Acts 2:4). 1 Corinthians 12:28 lists things that God has appointed in the church, including “various kinds of tongues.” We see by this scripture that there is more than one kind of tongue. 1 Corinthians 13 says, “If I speak in the tongues of men and of angels” (emphasis mine). Tongues is described here as both earthly languages as well as heavenly ones.

In Acts 2 it says of the nonbelievers gathered at Pentecost who observed the disciples speaking in tongues, “They were amazed and astonished, saying, ‘Why, are not all these who are speaking Galileans? And how is it that we each hear them in our own language to which we were born? Parthians and Medes and Elamites, and residents of Mesopotamia, Judea and Cappadocia, Pontus and Asia, Phrygia and Pamphylia, Egypt and the districts of Libya around Cyrene, and visitors from Rome, both Jews and proselytes,Cretans and Arabs—we hear them in our own tongues speaking of the mighty deeds of God’” (vv 7-11 – NASB). In this instance, at least some of the tongues given by the Holy Spirit were earthly languages which bore witness to the mightiness of God and convicted their hearts.

Once, a close friend of mine was doing street evangelism in New York City with two guys from Bible school. As they prayed together beforehand, my friend prayed in tongues. When she was finished, the one guy – who was originally from India – told her that she had just prayed in the dialect of his native village back home. You can imagine how that encouraged their faith to go minister!

Paul refers to tongues as an angelic language as well (1 Cor. 13:1). Therefore tongues can be given by the Spirit as a language understood only in Heaven.

What is the purpose of speaking in tongues?

We have already touched on the fact that speaking in tongues is a manifestation of the Holy Spirit when He comes upon believers (Acts 2:4, Acts 10:46, Acts 19:6). We noted that tongues are also a sign for those who do not know God, convicting them and magnifying Him in their hearts. (Paul, too, describes tongues as a “sign for unbelievers” in 1 Corinthians 14:22).

Paul gave instructions to the church that to pray in tongues before a gathering of believers must be followed by an interpretation in order that the church might be built up (1 Cor. 14:27-28). Paul was saying that to go on and on in tongues that no one would understand wasn’t profitable for the assembled body of believers; however, if someone interpreted what was being said in the tongue this edified (or built up and instructed) the church (1 Cor. 14:5).

I have heard tongues spoken out in church on only a handful of occasions, including once at a little church in Shanksville, PA and last year at the Brooklyn Tabernacle. The interpretations were glorious. Every one of them was a passionate and beautiful magnification of God, describing His attributes and exalting Him. My husband was given the interpretation of tongues at some prayer meetings we’ve attended. The last one was a declaration that Jesus is coming quickly.

The Bible has a lot to say about what comes out of the mouth of man. Jesus said we’d be judged for every idle word we speak. Therefore, our speech is critical. If we are speaking a language that is spoken in Heaven (1 Cor. 13:1), we can be assured that what we are saying is perfect. No wrong desire or negative thing will come out of our mouths while we are conversing in tongues. Our prayers and our testimony will always be perfectly aligned with the Holy Spirit.

In the next blog, we will be exploring the topic of tongues as YOUR personal prayer language!