John and Jesus – the two baptizers

“If I speak with the tongues of men and of angels” 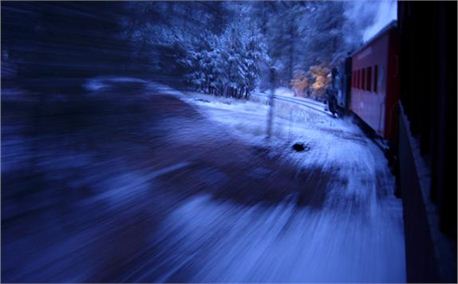 Jesus did not release His disciples into ministry until after they had waited for the Holy Spirit to come upon them in Jerusalem. To do so would have been to send them out unequal to the task ahead of them – underequipped. In Acts 2, the Holy Spirit filled every single believer gathered together on the feast of Pentecost who was waiting for Him (v. 4). Peter, the same disciple who only a couple months prior had betrayed his Lord and run into hiding, now stood up and preached a bold sermon which resulted in about 3,000 new believers that day. How would you like to have that response at a single service? This is the difference the Holy Spirit makes.

Is the church today daunted by the evil that it is up against from this generation? If she is filled with the Holy Spirit, she is not intimidated, for there’s no force on earth that can stop her.

There is a greater level available of the fullness of God and His power than what many Christians are walking in. This power that God wants to give us is to advance His kingdom here on earth: that is through preaching the gospel, healing the sick, raising the dead, and casting out demons (Matt. 10:8); but this power also applies to us personally as we shed old mindsets and bondages that have dominated us and prevented us from our rightful inheritance in Christ.

One of the most prevalent mindsets that needs to be broken is diluting the word of God down to our level of experience, rather than bringing our faith to the level of what God’s word says is true. In many congregations there is resistance to real faith. Some people would rather hold on to unbelief than face possible disappointment by seeking an impossible answer to prayer from God.

As I stated in my previous blog on Jesus as Baptizer of the Holy Spirit, there are many Christians today who have repented of their sins, but have not been clothed in the power that comes from on high (Luke 24:49). They wonder why they are so limited in their ability to live out the kind of life Jesus, His disciples, and the early church exemplified.

Thankfully, there is a simple solution to this dilemma: we can ask the Father for more of the Holy Spirit (Luke 11:13).

Receiving more of the Holy Spirit

You can pray for more of the Holy Spirit on your own, and you can have a brother or sister in the Lord pray for you, especially a pastor or elder. I recommend doing both, and as often as needed.

In Acts 8:14-17, it says “Now when the apostles in Jerusalem heard that Samaria had received the word of God, they sent them Peter and John, who came down and prayed for them that they might receive the Holy Spirit. For He had not yet fallen upon any of them; they had simply been baptized in the name of the Lord Jesus. Then they began laying their hands on them, and they were receiving the Holy Spirit” (NASB – italics mine).

Again, notice that these were believers that are being talked about in this passage. They had confessed Jesus Christ and had been baptized with water. However, there was still something missing. They needed the power of the Holy Spirit. The way the Holy Spirit was conveyed to them was through the laying on of hands by the apostles.

In Acts 19 we again see the laying on of hands by one of the apostles as a means to bestow the power of the Holy Spirit: “It happened that while Apollos was at Corinth, Paul passed through the upper country and came to Ephesus, and found some disciples. He said to them, “Did you receive the Holy Spirit when you believed?” And they said to him, “No, we have not even heard whether there is a Holy Spirit.” And he said, “Into what then were you baptized?” And they said, “Into John’s baptism.” Paul said, “John baptized with the baptism of repentance, telling the people to believe in Him who was coming after him, that is, in Jesus.” When they heard this, they were baptized in the name of the Lord Jesus. And when Paul had laid his hands upon them, the Holy Spirit came on them, and they began speaking with tongues and prophesying” (Acts 19:1-6, NASB).

If you’ve ever poured oil onto a hot pan on the stove, this is a picture of what happens when we receive more of the Holy Spirit. Personal devotional time is lit up, prayer and worship with the Body of Christ is intensified, and interactions with nonbelievers are noticeably different (either more meaningful or more polarizing, depending on what is going on with them spiritually). The current of power has been turned up in voltage.

We were not meant to do what Jesus commanded in our own power. Yet many believers are in the same place as Peter and the other disciples before Acts 2. They know Christ, they testify of Him, and yet they are not clothed in the power of the Holy Spirit. There is no rationale for living in a drought of power when the Father is more than willing to give us the Holy Spirit, if only we’ll ask. Let’s ask Him expectantly!