A Creed for the New Millennium

Why modern feminism rings hollow with this independent woman 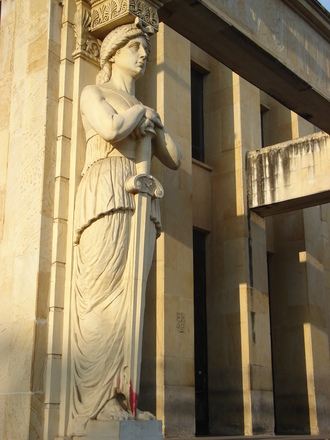 A young man stood up in our church to share a word he’d heard from the Lord during the time of prayer before the service. “There are many people in this nation who will tell you that they are Christians,” he said quietly, evenly. “They say they love God. The problem, where they get off track, is they don’t hate the things God hates.”

So is the church too cozy with what is evil? Is our love insincere? And what exactly is this evil that God hates, and that we should too?

Idolatry – threshold into the devil’s house of horrors

“There shall not be found among you anyone who makes his son or his daughter pass through the fire, one who uses divination, one who practices witchcraft, or one who interprets omens, or a sorcerer, or one who casts a spell, or a medium, or a spiritist, or one who calls up the dead. For whoever does these things is detestable to the Lord” (Deuteronomy 18:11-12).

Is the church today entangled in such occult practices, which are equivalent to idol worship? Some examples prevalent in our culture include fortunetelling, communication with the dead, magic arts, eastern meditation, sorcery, Ouija board, astrology, Satanism, yoga, new age teachings, psychics, astral projection, channeling, certain martial arts, and every false religion, including freemasonry. American entertainment heavily promotes the occult, including through many popular children’s TV shows. Behind every false god is a demon.

The late Bible scholar Derek Prince once observed that “wherever witchcraft is practiced, one almost always finds sexual immorality.” This explains why so many cults have been found to be guilty of sexual perversion and abuse of all kinds, including pedophilia and polygamy.

“And a number of those who had practiced magic arts brought their books together and burned them in the sight of all. And they counted the value of them and found it came to fifty thousand pieces of silver” (Acts 19:19). If new believers in the Bible renounced their old ways, even at great financial cost, why does the church today suppose we can dabble in Satan’s kingdom and have it not lead to destruction?

Infanticide – Only One Right Response

“They built pagan shrines to Baal…and there they sacrifice their sons and daughters…I have never commanded such a detestable deed” (Jeremiah 32:35).

God warned His people about serving false gods which would entice them to do unimaginable things. “You shall not act this way toward the Lord your God, for every abominable act which the Lord hates they have done for their gods; for they even burn their sons and daughters in the fire to their gods” (Deut. 12:31, emphasis added).

“But they mingled with the nations and learned their practices, and served their idols, which became a snare to them. They even sacrificed their sons and their daughters to the demons” (Psalm 106:35-37).

Notice that the killing of one’s offspring is something God describes as an abomination – that which He hates most. Notice too that it is done in conjunction with worshiping false gods (demons).

Proverbs 6:16-19 emphasizes seven things that God hates. Along with lying and arrogance, God hates the shedding of innocent blood.  It is abundantly clear therefore that God hates abortion, and that the church should, too. Any professing Christian who makes a space for child sacrifice, whether through abortion or other channels, is decidedly off-track.

Iniquity – Gone is the Fear of the Lord

Clearly, there is a direct correlation between hating the things God hates and healthy reverence for the Lord. To fear Him is to surrender to His lordship. Without it, God’s people cannot expect to be holy. They cannot see righteousness properly nor sin for what it is. Inevitably, this means that those who claim to love God but do not hate evil will slide into error and deception.

“The arrogant shall not stand before You; You hate all who do iniquity” (Psalm 5:5). While every mortal sins, the word iniquity implies “crookedness, perverseness” – a bend toward doing evil. God despises those who purpose wickedness in their hearts. My pastor recently shared as we were praying for our elected officials that he felt led to ask God to help him discern between a sinful and a perverse man. Have you ever stopped to think that there is a difference?

When the church does not hate evil

While this is not an exhaustive list of the sins God hates, it provides an overview.The church in the west, where it does not hate evil, makes a space for deceiving spirits that will lead congregations into three potential places of error: ignore the sin (a people-pleaser spirit), embrace the sin (spirit which leads to apostasy), or it might hate the sinner along with the sin (a condemning, legalistic spirit). None of these lead to eternal life.

God’s Holy Spirit works in conjunction with His word to recognize the sin, hate it with righteous passion, and love the individuals so fiercely as to be determined to see them set free. This is the fear of the Lord that defines the Spirit-led Bride of Christ.