Why modern feminism rings hollow with this independent woman 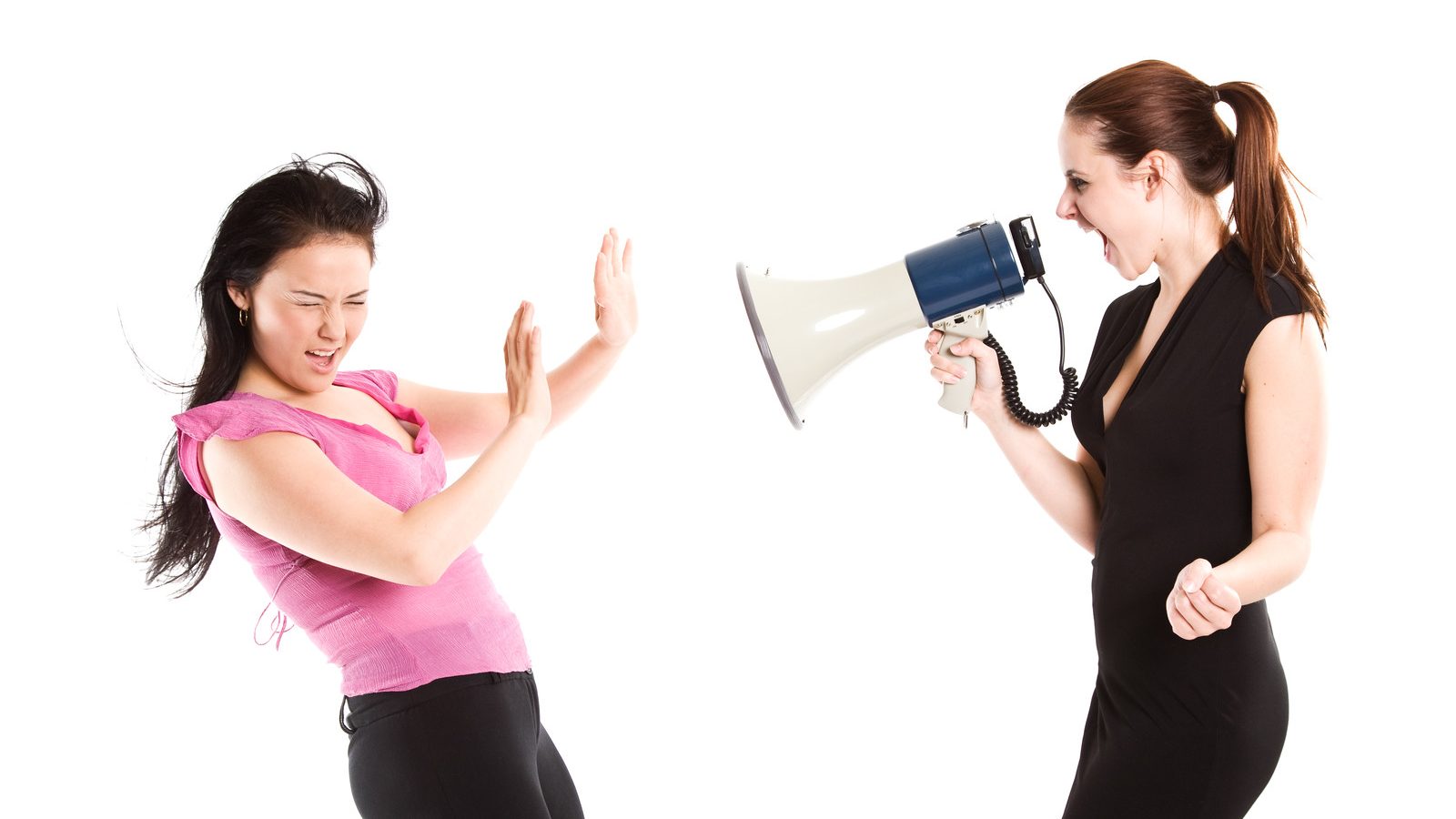 The women's "liberation" movement is based on lies, fear, and manipulation

As a teenager I had a magazine tear-out hanging in my room of a woman in military attire with a smoldering look, the caption reading “What if history had been herstory?” I declared that one day I’d walk down the aisle to the song “You don’t own me” – I was more serious than kidding. In our house, both my parents encouraged us to explore literature and films outside of pop fads and boy-craziness, and my attorney father challenged me to think analytically and stare down to the depths of any argument to see the root of what was being brought to the surface.

The uniform thread of most “liberation” movements in history is that an agenda promises to advance the best interests of a certain people group, all the while exploiting them for its own purposes. It gains momentum by feeding off injustices in the hearts of the masses, whether real or perceived. In the end, when it is too late, the mask comes off the movement and it is revealed that it really wasn’t for the liberation of the group at all; the movement had its own covert interest, and the group that it used as host ultimately gets abandoned or destroyed.

In Seven Women and the Secret of Their Greatness, bestselling author Eric Metaxas points out that when culture talks about great women, they often define the women in their greatness based on what a man has already done. For example, Amelia Earhart was the first woman to fly solo across the Atlantic, and Sally Ride was the first American woman in space. But why does feminism measure women by being able to do what a man’s already done? It’s entirely sexist. Why do feminists so often insist on dressing or looking or acting like a man? Why can’t women be seen as great in and of themselves, not pitted against the same accomplishment or appearance of a male?

Once, when I was in my early 20s, after standing up to a professor who made a chauvinistic remark at a college for which I worked, a liberal colleague of mine quietly asked me, “Where does being a strong, independent woman fit in with your conservative ideals?”

I responded, “Where does it not fit in? Where in the love of the Constitution, the love of liberty, of free economics, of independence and the right to self-govern, does a woman not fit?”  In what other nation is there such opportunity for any woman, of any background or creed, to start her own business, choose her own career, or stay home to raise her family? Does a woman under our system need help from a man to accomplish her dreams? Does she need large government which comprises men’s money, men’s regulations, and men’s oversight?

If I ran into the same colleague today, I would be curious to ask her, “What has your feminism done for you?”

An appeal to victims

In college there were professors who preached that women could not have consensual sex. All intercourse for a woman was rape, they said, and gave forceful arguments as to why. Books written by feminists, be it a Czech agnostic or a Canadian evangelical, complained universally of patriarchy and its ills. And in all of my coursework and extracurricular reading, one thing loomed large: women were universal victims, according to feminists.

Women who genuinely were victims of abuse at the hands of a man proved to be fertile soil for these zealots who preached the evils of patriarchy and male-dominance. Since so much of the feminist movement caters to anger, those with dormant hurts and identity crises seemed to take up the torch more readily. Many women whom I’ve known well over the years who were most ardent in their feminism did indeed harbor trauma of some sort; in the natural, you always see flies buzzing about unhealed wounds.

In this, I saw young women victimized twice, and that at the hands of those who claimed to be their liberators.

Even if the most outlandish claims of academia were correct, what did it accomplish to foster these notions? What fruit was produced from the movement other than frustration, bitterness, and a kind of vagrant rage?

Although I was the product of a stable family and a happy childhood, I wasn’t immune to the daily pounding of feminist rhetoric. I found that ruminating on the evils of men and male society made me angry and depressed; certainly I’d had my own experiences among ungallant males to know there was an element of truth in some of feminist reasoning. But what could be done? Now that feminism exposed the inequalities, what could feminism do to get me to a better place? How could it bind up my wounds? What reconciliation could it provide?

I’ve yet to find the answers to these questions.

It’s just one of those ironies that is always more difficult to practice what we preach. Time and again, the women I observed who were most outspoken in their feminism were women’s libbers everywhere except in their own homes. But if you are really free, independent and your own woman, the one place where you should be able to flourish in your philosophy is your home. And yet, I observed continually the most outspoken feminist friends and colleagues fell consistently below their feminist ideals in interactions with their boyfriends and husbands. While they were out saving the world somehow the peace evaded their homes. I listened to them complain how their open-minded co-equals never got up at 3 AM with the baby or helped them change a diaper. I watched them try to laugh off the hurt they felt when their significant others – men who supposedly esteemed women – solicited strip clubs or were caught with porn.

If we lived in a culture in which forced marriage was the standard, none of this would be surprising. But these were self-proclaimed liberated women, free to make their own choices, and selecting the very best specimens of tolerant males they could find. So what was going on? Was it just that these women could not buck their own nature? Or was the deficit in the philosophy itself?

And, I watched countless women who wouldn’t call themselves activists perpetually confused in each phase of life about their ambitions and responsibilities, thanks to the philosophy of feminism. The ones who latently desired to marry and have children had been shamed into believing that these natural tendencies were inferior. The ones who did marry and have children felt guilty about staying home with them, resentful when they had to go to work and were overstretched with so many demands, and generally second-guessed each phase of their lives as the years trooped by. Feminism’s overriding cultural influence left confusion and guilt.

That’s not a crime against humanity; it’s multiculturalism!

The most flagrant and offensive hypocrisy between the philosophy of equality that feminism holds up as its standard and its reality was witnessed when I was in college. A course in African Women’s Studies introduced our multi-aged, international class for the first time to the practice of Female Genital Mutilation (FGM) which is practiced in some Muslim cultures. A detailed report of what is done to young girls – against their will and without anesthesia – caused the entire class to react with shrieks of horror.

“Keep an open mind,” our female professor chastised us sternly. Over and over she said it, above the groans of the class.

This unspeakable horror was simply multiculturalism to my feminist professor.

You’ve earned the right to legally kill your offspring, now why aren’t you grateful?

I don’t know what feminism is claiming to do these days for women. I never hear of any lofty visions or orderly, thoughtful plans to advance a specific facet of women’s lives. Generally I hear rhetoric hyped to the decibel of paranoia. And in the news all I see is what, or chiefly who, feminists are against.

The mask of feminism came off on January 21, 2017 at the Women’s March. If a group of men had set out to dishonor, degrade, and demean women in the worst ways imaginable, they could not have done more damage than this group of women did to themselves.

Truly, what happened on that day is beyond words for me. It was as though the mask was ripped away and the beast behind it was exposed in all its wrath and gore. And those who could see saw it, but those who had closed their eyes missed it. And the bondslaves of feminism themselves blindly worshiped their lewd and brutal master.

That among the henchmen – or henchwomyn – of this movement emerged a leader who wore the symbol of the most repressive, backward and woman-hating ideology found the world over, said it all. A wife who’s been beaten black and blue by her husband and tearfully begs the police to let him go was scarcely more cringeworthy than seeing this feminist movement being led in a hijab.

The other defining moment of the day was when it was revealed that the marchers refused to let other women join them based on the premise that they were pro-life. This effectively revealed the heart of the beast: the death cult makes no room for the slightest dissidence.

If the right to kill your own offspring is what feminism holds up as its mantra of highest accomplishment, it is sad indeed. Moreover, if this is in fact what defines women’s liberation – to the extent that the movement would not let pro-life women join – then what feminism defines as a “real woman” isn’t even human.