A Creed for the New Millennium

Blessed are those who Hunger and Thirst for Righteousness 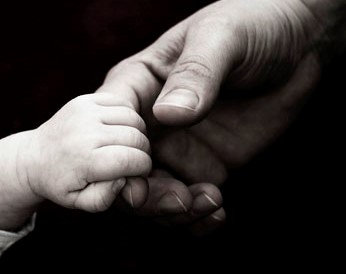 If there’s one thing that can keep me awake at night, it’s the thought of babies and children who are suffering. One evening a friend asked for prayer concerning a little boy with a severe physical disability; for hours after I went to bed, I lay there, pillow drenched, unable to think of anything else but him and other children in similar situations. At last, rather wishing the world would come to an end, I fell asleep.

The next morning, I awoke with a phrase running through my head: A CREED FOR THE NEW MILLENIUM.

Now it’s common for the Lord to speak to me in the early morning hours when I’m first waking up. Often, He puts a person or situation in my last waning dream, sometimes an individual I haven’t thought of in years or even decades. I’ll pray for them and later find out that they were in some crisis; sometimes I never know what the need was because the person is someone I’ve been out of contact with since childhood.

On this particular morning, however, it did not occur to me that this phrase running through my head was from Him. A CREED FOR THE NEW MILLENIUM. A CREED FOR THE NEW MILLENIUM. It wasn’t a phrase I’d seen, at least not any time in the recent past. I had a vague notion it was the title of a book, but not one I’d read, and I had no reference point for why it was in my mind.

Over and over it trooped through my head. Finally, about mid-morning, I stopped in my tracks, right in the middle of a task, because it occurred to me that God was trying to get something through my head.

“What is the creed for the new millennium, Lord?” I asked out loud.

Immediately into my mind came the words, “…In all my Holy Mountain…”

I knew that this phrase was found in Isaiah* and straightaway I went to look it up. The passage I found was this:

The nursing child will play by the hole of the cobra, and the weaned child will put his hand on the viper’s den. They will not hurt or destroy in all My holy mountain, for the earth will be full of the knowledge of the LORD As the waters cover the sea.…(Isaiah 11:8-9).

The context of this passage is a description of Christ’s reign in the New Millennium, a period in which He will rule on earth for one thousand years. It is a time when those who’ve been oppressed will finally receive the justice earthly governments never gave them. The knowledge of God will be so pervasive that even animals who by nature are deadly will instead be peaceful; carnivores won’t kill, but will graze alongside cows and oxen (Isaiah 11:7). Beasts of prey will be so gentle a child can lead them (v. 6). There will be a complete shift in nations as well (vv. 10-16).

What are you saying?

When Moses asked to see God’s glory (Exodus 33:18), he was pleading with Him for something unprecedented. My pastor pointed out that for God to show Moses “all His glory” (v. 19) was not for that particular dispensation. It was for an age yet to come, beyond Moses’ lifetime. Yet God agreed to do it for His friend. It came at a time when Moses was particularly discouraged.

God spoke to me that I am to be declaring the scriptures, the guiding principles, the creed, of the New Millennium now. “But in keeping with God’s promise, we are looking forward to a new heaven and a new earth, where righteousness dwells” Peter says (1 Pe. 3:13).


In essence, He gave me a remedy. Rather than sinking helplessly under the weight of the world’s suffering, The Lord showed me that I am to decree in this time that “The earth will be full of the knowledge of the Lord as the waters cover the sea,” as well as other scriptures which speak of the coming Age. In this Age, there will be a culture of a knowledge of God, and out of that knowledge, a righteousness and peace so deep it saturates the earth and transforms even the nature of fierce beasts — an atmosphere in which little children play safely, even in the most vulnerable places.

This, of course, is in line with how scripture already tells us to pray. Jesus said to ask the Father, “Your kingdom come, Your will be done, in the earth just as it is in Heaven” (Matthew 6:10). What a revolutionary prayer!

Much has happened since the Lord spoke this to me. Connections with others in the body of Christ confirm that this precious word is only one piece in a puzzle of which I get an ever-widening view. Others have received similar words from the Lord, some very specific concerning vulnerable children. Other words have been more general, but key to establishing a kingdom culture in our region.

One of the many manifestations of the emerging Heavenly atmosphere for which we’ve been praying is a comment from a local man who moved to this area recently. “It’s funny,” he told a friend of mine, “Ever since I moved here I find myself thinking of God. I never used to think of Him much at all.”

*Isaiah 65:25 is a parallel passage that also contains the phrase “in all My holy mountain.”