Is your Bible teaching increasing your faith?

We all with unveiled faces 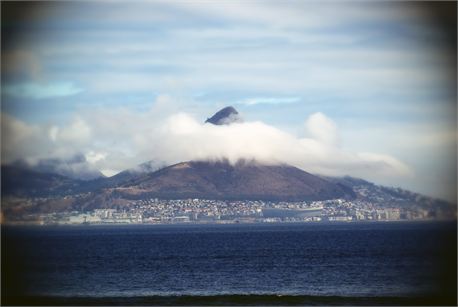 “Increase our faith!” said the apostles to Jesus in Luke 17:5. The disciples at this point were well acquainted with the sheer delight produced in Christ at any encounter that He had with genuine faith. Jesus responded to their demand by saying, “If you had faith like a mustard seed, you would say to this mulberry tree, ‘Be uprooted and be planted in the sea’; and it would obey you” (Luke 17:6 – NASB).

Meditating on the gospels lately as well as reading various accounts of ordinary Christians who have been used mightily by God has challenged me that it is faith in God – that is, expectant and active anticipation of His hand moving at our prayers and supplication – that is key to seeing the gospel advance in our worlds… infinitely more so than our best theological talking points.

Before some would draw their swords at such a statement, let me explain that I am not saying we should not diligently search the scriptures for understanding of God’s truth. Nor am I excusing those who abandon the core principals of Christianity, or who misconstrue any part of the Bible into what spawns false teaching or even a cult. Rather, I am suggesting that someone who is sincerely seeking God and His kingdom but who might not have some of his theology in order, can have a faith that will move mountains, and do infinitely more to advance God’s kingdom on earth than a well-known theologian. In contrast, I am thinking also of the endless debate over non-core Christian dogma by Bible scholars and lay persons alike. Honestly, I think The Lord is wearied by a lot of our discussions, and would just love to see His followers seek His face with all their energy, step out in faith as they walk in the Spirit, and in doing so find that they don’t even have time to engage in such pastimes.

One of my pastors gave me a book to read on a German pastor named Johann Blumhardt. In the 1800’s, this young clergyman was faced with one of his parishioner’s having a problem so great that it disrupted their entire village. Since no one was able to do a thing to help her, the pastor alone had a choice to make: he could abandon her to sickness and likely death; or, he could pursue the kingdom of heaven coming into her life. Blumhardt decided to believe that Christ had to be the victor over Satan’s kingdom. This cost him two years of intense prayer and fasting and personal inconvenience and bodily threat – even summons at odd hours of the night by this woman’s family. But after two years, the pastor saw a resounding victory and this woman was delivered and healed. And much more than that. His faith in God resulted in an unprecedented spiritual awakening in Baden-Wurtemburg, Germany in which thousands came to Christ without the pastor doing anything other than being faithful in his daily duties.

Some of this German pastor’s theology was off in his understanding of demons and deliverance (understandably, he had no mentors nor precedent to look to in this area) and many of his contemporaries gave him grief because he wasn’t being “a good Lutheran.” However, as my own pastor pointed out when we discussed this, “My theology might be better ironed out than this guy’s, but he had entered into a fullness of God over which I am intensely jealous.” God clearly honored this man’s faith over his theological perfection!

Is it faith, or just “trying to do better”?

Good teaching and solid understanding of Biblical principals is vital. However, it is not enough to give mental assent to the teaching and preaching we hear, whether it be in or out of the pulpit. It is not enough to walk away from a sermon and say, “Wow, that was good” and resolve to clean up the spotty areas in our lives. We must in hearing the word be compelled to see God more and more for Who He Is, and in doing so expect exponentially more in the way of His kingdom coming to earth.

A friend sent me CD’s of a certain Bible teacher’s sermons. This Bible teacher is not my favorite –  I don’t care for his style, and from time to time I find I’m not always in agreement with some of his interpretations of scripture. But this man is so full of faith in God that I cannot listen to him for long without seeing God magnified in such a way that I believe Him capable and willing to work in any tough circumstance in my life. In fact, this preacher’s exhortation has challenged me to move to a whole new level of expectation of God’s goodness and might, and I’ve been energized and encouraged over the last year to pursue God and His kingdom like never before.

It may be time to examine whether our Bible teaching is expanding our faith so that we are seeing the enormous obstacles uprooted which Jesus described in Luke 17:6. By contrast, if our intellectual doctrine is impeccable, but our faith is dwarfed by a mustard seed…what use are we to the kingdom of God?