We all with unveiled faces

Is your Bible teaching increasing your faith? 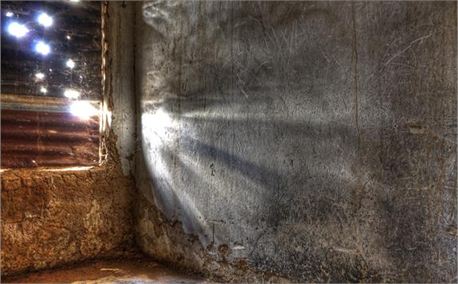 “The Lord used to speak to Moses face to face, just as a man speaks to his friend. When Moses returned to the camp, his servant Joshua, the son of Nun, a young man, would not depart from the tent” (Exodus 33:11 – NASB).

What an incredible passage of scripture – to realize that Moses had face-to-face, tête-à-tête interaction with the Creator of the universe, the One who spoke Alpha Centauri into being and who imagined the Alps…the Designer of DNA helixes and D major! It is a further testimony in this passage to the magnetic appeal that, after being with God, Moses’ attendant Joshua (who would later take Moses’ ministry and his mantle of authority over Israel) could not be persuaded to leave his dwelling, so powerful was the lingering perfume of the presence of God (see 2 Cor. 2:15-16).

In the next chapter of Exodus, we see further that the interaction Moses had with God caused Moses’ face to shine – in such a way that the Israelites were afraid to come near him:

Moses did not know that the skin of his face shone because of his speaking with Him. So when Aaron and all the sons of Israel saw Moses, behold, the skin of his face shone, and they were afraid to come near him…When Moses had finished speaking with them, he put a veil over his face. But whenever Moses went in before the Lord to speak with Him, he would take off the veil until he came out; and whenever he came out and spoke to the sons of Israel what he had been commanded,  the sons of Israel would see the face of Moses, that the skin of Moses’ face shone. So Moses would replace the veil over his face until he went in to speak with Him. (Exodus 34:29-30, 32-35).

The people could not stand to look at the brightness of Moses’ face until he had placed a veil over his face – wow, what a God!

The ministry that brought death

Meditating on these passages lately has stirred something seismic in my spirit. That is, if Moses spoke with God in such a way while he was living under the Old Covenant, how much more should we under the New Covenant – who carry around in our bodies the Living God (1 Cor. 3:16; 1 Cor. 6:19 ) – be delighting in His presence and hearing from Heaven? How much more should we be radiating His glory? And how infinitely greater should be the brightness and appeal and love of the church, especially as we interact with one another?

I remember once when my mother had been at a ministry conference, someone there prophesied about her face shining because of being in God’s presence. The following Sunday, upon entering church, a man greeted her and said, “Wow, your face is glowing today!”

2 Corinthians 3 reinforces my conviction all the more that there is a glory available to us here on earth that most of us haven’t even imagined:

Now if the ministry that brought death, which was engraved in letters on stone, came with glory, so that the Israelites could not look steadily at the face of Moses because of its glory, fading though it was, will not the ministry of the Spirit be even more glorious? If the ministry that condemns men is glorious, how much more glorious is the ministry that brings righteousness! For what was glorious has no glory now in comparison with the surpassing glory. And if what was fading away came with glory, how much greater is the glory of that which lasts! Therefore, since we have such a hope, we are very bold. We are not like Moses, who would put a veil over his face to keep the Israelites from gazing at it while the radiance was fading away. . . And we, who with unveiled faces all reflect the Lord’s glory, are being transformed into his likeness with ever-increasing glory, which comes from the Lord, who is the Spirit. (vv. 7-12, 18 – NASB).

In other words, if the ministry that Moses was under which brought condemnation – that is, the Law – radiated so much glory that people couldn’t even look at his face, how much more should we who minister under the life-giving Holy Spirit expect!

Through these passages, God has been speaking to me about reaching out for more of Heaven – of engaging in the disciplines of Christianity, such as fasting and praying and worshiping and corporate interaction – with far greater eagerness and expectancy.

Another outcome of being ministers of this New Covenant that 2 Corinthians 3 highlights is that “we are very bold” (v. 12). Are we bold in our faith? Bold with other people in speaking the truth, witnessing, stretching out our hands to heal the sick, going after those broken marriages with faith-filled prayer and godly counsel? But even more than that, are we bold when we approach the throne of Heaven in prayer and supplication, expecting God not only to answer, but expecting that He is already moving in the situations we bring before Him.

I have been sensing lately that the glory of Heaven is very near. Indeed, Jesus said that “the kingdom of Heaven is at hand” (Matthew 4:17). There are times lately when I’m in my personal devotions that I sense I could reach out my hand and He’d take me into a splendor unimaginable. It almost frightens me. What an adventure to be on with Him, and to know that it is available to every believer!