Recognizing the spirit of antichrist

Choosing not to be offended

Spirit of antichrist and the “social gospel” 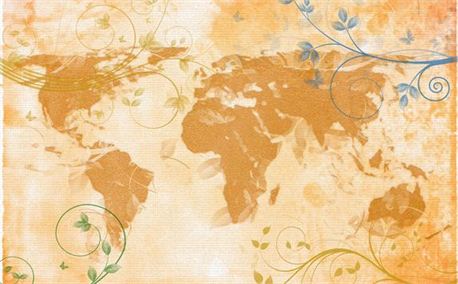 Scripture identifies three entities at work in the end times: the spirit of antichrist (1 John 4:3), multiple and individual antichrists (1 John 2:18, Matt 24:24), and The Antichrist, or “man of lawlessness” (2 Thess. 2:8). It is vital in these last days that Christians understand the nature of antichrist so that they are not deluded and led away from the real Christ. Although most of us probably assume such a thing couldn’t happen to us, one need not look far to see that several renowned and seasoned Christians are succumbing to this spirit, and in this way false teaching is becoming increasingly mainstream in churches, on Christian campuses, and in parachurch organizations.

Scripture highlights in several places a relationship between deceit, the spirit of antichrist, and apostasy. (Apostasy is transliterated from the Greek word apostasia and is defined as forsaking, falling away from, or defecting from one’s faith).

1 Timoth 4:1 states, “But the Spirit explicitly says that in later times some will fall away from the faith (apostasy), paying attention to deceitful spirits and doctrines of demons.”

The prophet Jeremiah illustrates this as well: “Why then has this people, Jerusalem, turned away in continual apostasy? They hold fast to deceit, they refuse to return” (Jer. 8:5).

And in his letter to the Thesselonians, Paul lays out the sequence of how the spirit of antichrist flourishes: “Let no one in any way deceive you, for it will not come unless the apostasy comes first, and the man of lawlessness is revealed, the son of destruction.” Paul shows here a progression: first of deceit, then of falling away from one’s faith, and finally comes The Antichrist.

Characteristics of the spirit of antichrist

1 John 4:2-3 says this: “By this you know the Spirit of God: every spirit that confesses that Jesus Christ has come in the flesh is from God; and every spirit that does not confess Jesus is not from God; this is the spirit of the antichrist, of which you have heard that it is coming, and now it is already in the world.”  There are two things we know from this passage of the spirit of antichrist:

1) it does not confess Jesus as the Anointed One, come in the flesh

2) it is already in the world right now.

Earlier in his letter to the church the apostle John says this: “Little children, it is the last time: and as ye have heard that antichrist shall come, even now are there many antichrists; whereby we know that it is the last time. They went out from us, but they were not of us; for if they had been of us, they would no doubt have continued with us: but they went out, that they might be made manifest that they were not all of us” (1 John 2:18-19).

3) having had at one time an association with the Body of Christ, but having departed somewhere along the way. This is very important to note.

There are many examples I am seeing personally right now of the spirit of antichrist at work, both in the church and in the nation as a whole. I will be discussing these in future posts. What is the Lord revealing to you about this evil spirit? Is the topic of antichrist a familiar one to you, or is it vague?