Spirit of antichrist and the “social gospel”

Recognizing the spirit of antichrist

The astounding goodness of God 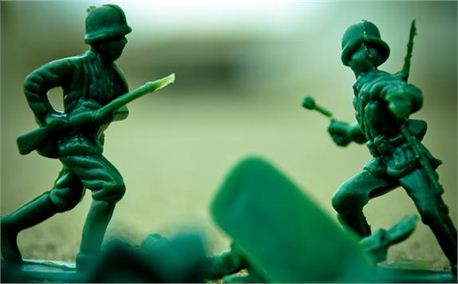 In my previous blog, several scriptures were examined that describe the spirit of antichrist, false christs, and the actual Antichrist, or man of lawlessness. The Bible outlines a relationship between apostasy, deception, and the antichrist spirit. Today I want to focus on one of the effects of this spirit in the church, specifically in a prevalent trend: that is, the spirit of antichrist as it relates to what is commonly referred to as “the social gospel.”

The term “social gospel” here refers to a philosophy that augments some of the teaching of Jesus and omits or twists others; instead of preaching the kingdom of Heaven as a life-transforming gospel carried out by a Christ-as-Head church in the power of the Holy Spirit, it seeks to change the world through social action, hoping that if enough “love” is shown, society will be a better place. Of course, sin and eternal judgment are not perceived as “loving” and so they are not prominent in this philosophy. In the social gospel, there is often an aversion to discussing the blood of Jesus and its atoning power, and the need for repentance.

As touched on in my previous post, a characteristic of the spirit of antichrist is an affiliation with the fellowship of Christ, but a falling away from the gospel. The term refers to that which opposes Christ, but also that which seeks to substitute something in place of Christ.

Social gospel played out in a local church

There is a denominational church in my hometown that many of my friends attend or have attended, which has a reputation for being “uncomfortable” with the core tenants of Christianity – that is, it is not known for preaching the virgin birth, the deity of Christ, His death and physical resurrection, and His imminent return.

The church is also very much into preaching this “social gospel”: peace is exulted above all else, and peace is characterized as the absence of war, achieved through means separate from Jesus Christ. Caring for the poor and education are also worshiped in this church. Abortion is not necessarily viewed as evil, and the church has taken a favorable stand on so-called gay marriage. This church recently brought in a speaker who claimed that there are many ways to God.

Recently, I was at the home of one of the pastors of this church. Along with the pastor’s family was a guest speaker who had flown in to talk to the church on the subject of peace. At one point, I happened to recount the story of how I’d been in a crowded theme park back in January and I was looking all around at the people, wondering how many of them knew Christ and aching to think that many probably didn’t. I prayed, “Oh Lord, in this place of amusement and fantasy, let something cause them to think about Jesus Christ.” Two days later, we were at this same crowded theme park, and noticed everyone looking up in the sky and pointing. There, high above us, someone had written the name “Jesus” with an aircraft.

As I told this story, an uncomfortable silence followed. No one said anything or reacted. Finally, the subject was changed. Again, this was in a church leadership setting of a mainstream protestant church. While the teachings of Jesus are supported in so far as they relate to social activism, my story of a radically answered prayer in His name brought about a charged silence.

The church I described is characteristic of a trend in much of America. But it is not limited to churches. There is a pastor and university professor whose name would be familiar to most people in Christian circles, and many in secular. He is known for his “progressive” teaching and his desire for social justice in the church. This teacher has a large following in the evangelical church, and is affiliated with one of the child sponsorship organizations in which I’ve been involved. He’s been prominent in the mainstream press, appearing on numerous media outlets.

His web site hosts universalist bloggers, and he has recently co-authored a book with a popular false teacher. Because there has been a vacuum in the American church for so long, such a gap between the teachings of Christ and the application of it, many young people especially are getting sucked into these men’s notions of a “radical” gospel.

On a CNN panel, this prominent pastor refused to acknowledge outright that Jesus is the only way to God. He did not deny Christ, but he muddied the waters with his opaque answer enough to confuse Christian viewers of his belief.  As noted in scripture, a characteristic of the spirit of antichrist is that it does not acknowledge Jesus Christ (1 John 4:3).

Because peace and caring for the poor are certainly priorities of Jesus, this social gospel is not easily recognizable to many people as the product of antichrist in the church. Namely, by its definition, antichrist subtly substitutes something else in place of Christ.

For the unseasoned Christian, and especially youth and young adults, this is an easy trap. It sounds so good. Who is against helping the poor? Who doesn’t want peace? And I have noticed that when the social gospel is exposed or even the teaching of its proponents brought into question, supporters of this pastor/professor and his colleagues are quick to respond with some of the most bitter, unloving vitriol one could find in the “Christian” community.

Years ago, before I knew anything about the false teacher alluded to above, I read his book on the behest of a friend who thought his teaching “amazing.” The book was on social revolution and the poor, and started off sounding good, but quickly unraveled into a humanist, self-righteous crusade against capitalism and other “evils” of the United States. In addition to the sheer arrogance of the author’s tone, he also gleefully references breaking the law and getting into trouble with authority. His romanticized vision of America’s poor and his involvement with them did not offer a single mention of a life changed by repentance and the transforming power of God.

Yet this book was being pushed by a missions group affiliated with our church. Pastor friends of mine whom I’d consider trustworthy have endorsed the author and his book as well. Christian campuses all over the nation are hosting him as a revered speaker, and young people I know who have heard this false teacher speak describe being “spellbound” after hearing him.

The Apostle Paul said to the church in Galatia, “I am amazed that you are so quickly deserting Him who called you by the grace of Christ, for a different gospel; which is really not another; only there are some who are disturbing you and want to distort the gospel of Christ. But even if we, or an angel from heaven, should preach to you a gospel contrary to what we have preached to you, he is to be accursed! As we have said before, so I say again now, if any man is preaching to you a gospel contrary to what you received, he is to be accursed!”

Paul leaves no room for discussion as to the ramifications of preaching a twisted, watered-down, or “social gospel.” It is so important in this age that we stay close to the Word of God and know what it says – that we know “the sum of His word” (Psalm 119:60). Out of our relationship with Christ and obedience to what He tells us, we act on the social needs of our community.