Are you part of the remnant? 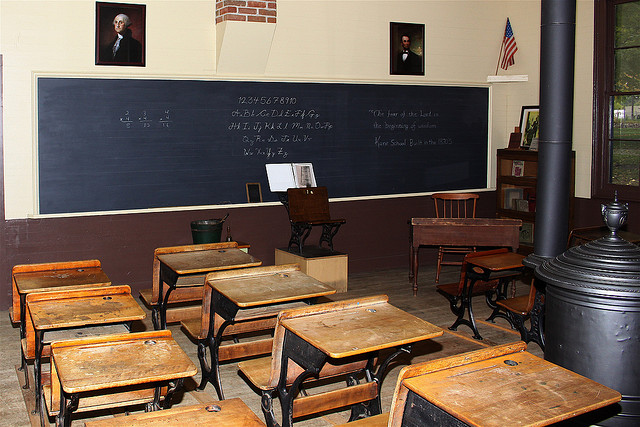 Has American education been hijacked?

In the 1830’s, a group of wealthy Unitarians in Boston, Massachusetts’s became unhappy with the “effects” of Christian education in their community. 1  They sent two scholars to Europe to find a model that could be instituted here in America. One was found in Prussia, and then imported. 2

By 1837, the first state operated public school system was in place. One reason this model of education was chosen was because it removed the influence of parents over their children in schooling and instead exerted the state’s control. 3

Horace Mann (1796 – 1859), a Unitarian and the “Father of Progressive Education”, believed like other Unitarians, that with appropriate social development humans could evolve into perfection.4 Through education, Unitarians had the opportunity to take control and effectively influence social policy, i.e. social engineering, to reach their goal.

The Unitarians focused on three main methods for transferring control from Christians to the state government:

2)      Require compulsory attendance of the students


The Unitarians were willing to invest their own wealth, to usurp educational control from the church.  By using the laws of the land, children’s education was shifted from the church to the state, eventually leading to anti-Christian purposes such as evolution and the removal of honoring God as God.

Ironically, Horace Mann believed that religion protected children from corruption.  In fact, Mann “welcomed the Bible” in public schools.  The long and short of it remains though, religion in schools was initially just another tool to reach evolutionary perfection and eventually deemed “non-essential”.

How To Take Down A Giant?

The destruction caused by this social engineering – this hijacking of our nation’s foundational principles – are evident in the culture. But what can we do now that the virus has produced full-blown sickness in a crumbling society?

“And He said to them ‘Why did you look for Me?  Do you not know that I must be about My Father’s business?’” (Luke 2:49)  What a wonderful question to a beautiful insight. That is, that we all have business of our Father’s in Heaven.  You have it, I have it, and children have it.

David longed to behold His beauty and inquire in His temple. (Psalm 27:4)  He wanted to know our Father’s business so he could make it his business.  It is not only our high privilege to pursue God’s will for our lives, but our honor as well through giving everything we are in carrying out those plans.  And as David found out, that is life abundant.

We take down the Giant by remembering God and His purposes!  When we recall the testimony of God we release faith for the task at hand.  During David’s darkest times he remembered the works of God throughout history and breakthrough followed (1 Samuel 17:36).  What is the purpose of our nation?  It is time to remember and take down the giants!

Robert A. Peck, M.S. Ed., is the Headmaster of The Samuel School in Harrisburg, PA.  Robert and his wife Virginia have 6 beautiful children.  Having served 14 years in public education as a teacher and administrator, Robert has seen the internal spiritual decay for which only Christ poses a solution.  Through the daily experience of live worship and a curriculum that is based on the principles of the Bible, Robert’s hope is to rescue as many children as possible from secular humanism to the opportunity to know Jesus Christ and His ways of life, thereby giving way for His purpose within each child.