Spiritual Warfare – the breastplate of righteousness 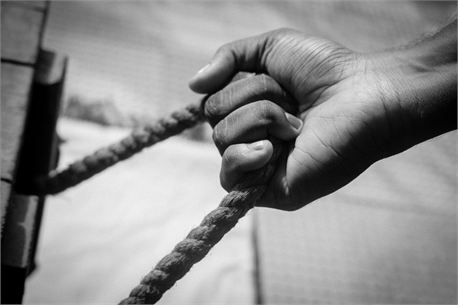 Before David the shepherd boy went out to face Goliath, King Saul outfitted David with his own armor. But Saul’s armor didn’t work for David, and David went off to face the giant without it (1 Sam. 17:38-39). This Old Testament story is a picture for us of the difference of fighting with the armor of the flesh, versus taking up the weapons of the Spirit. Saul had been the people’s choice, good-looking and tall (1 Sam. 9:2), and was appointed over them in response to their demand for a king [which was ultimately the wrong desire, for it was a rejection of God as their King (1 Sam. 8:7)]. David, on the other hand, was a man after God’s own heart (1 Sam. 13:14). The fact that Saul’s armor did not fit David was symbolic of it being of the flesh. When David went out to fight the strong man, he did it under the anointing of the Holy Spirit (1 Sam. 16:13), thus assured of the victory.

Israel never lost a battle because of military problems, but because of spiritual ones. The church fights the spiritual battles knowing that God has already secured the victory through Christ. From this amazing vantage point we face our enemy in triumph. Satan and his kingdom are a bunch of squatters. Though the war is won, violent skirmishes continue with an enemy who will resist leaving until he has caused all the chaos and destruction he possibly can – and has taken as many prisoners with him for his kingdom of darkness.

Paul says in Ephesians 6:14, “Stand firm therefore, having gird your loins with truth” (NASB). The NIV translation says, “Stand firm then, with the belt of truth buckled around your waist.”

This is the first piece of armor that Paul lists, and as such is significant.  What is the foremost item we’re to put on to withstand the evil day? Truth.

By definition, the loins are the part of the body on both sides of the spine between the lowest ribs and the hips. They are the core. In strength training, the core muscles are essential for proper movement and strength building in the rest of the body; they also promote proper posture.

Throughout scripture, the loins denote strength during action (see Isaiah 11:5, Nahum 2:1). To gird is to encircle or bind up. So Paul says to strengthen yourself for action by binding your core with truth.

“There is a way which seems right to a man, but its way ends in death” says Proverbs 14:12 (NASB).  If you observe the world at all, you will notice that most people don’t have a clue what their purpose in life is or what they are living for. As a result, their individual philosophies and belief systems tend to be shallow and transitional as shifting sand. People say things like, “Fight for what you believe in,” but many people have no real clue what they believe in. Current culture dictates much of modern belief. Therefore, people’s debates, policies, and what they give their very lives to are centered around emotions and even clichés. Since many people would argue that truth is subjective, there can’t be real truth in their lives. Benjamin Franklin said, “A lie stands on one leg, truth on two.” There is no stability where there is no truth.

Christians who neglect to read their Bibles find themselves in similar predicaments to unbelievers. They don’t really know what the truth is, and as a result, have no recourse against the problems launched against them and the world around them. “You shall know the truth and the truth shall set you free,” Jesus said in John 8:32. The converse of this must be that not knowing the truth keeps us in bondage.

With the explosion of New Age and eastern mysticism pouring into our culture, Christians who dabble in what amounts to demonic thought will find themselves in confusion and often apostasy if they try to “blend” these philosophies with scripture. Have you seen professing Christians quoting what sounds like wisdom from false religions or cults on social media? Ultimately, darkness and light cannot be yoked, and more often than not, the Christian will find himself down a dark road that leads to further deception if he girds himself with anything other than the truth of God’s word.

Victory is agreement with God’s word

Once I was experiencing a great deal of anxiety over a situation, to the point that it was affecting me physically. I asked God to give me a word about it. He simply answered, “It’s going to be alright.” I held onto that word and I stood on that word and every time anxiety tried to overwhelm me, I went back to that word and refused to budge. I knew God had spoken, and there was no way I was going to let anxiety take any more of my time or my joy. True as He said, everything turned out all right, and I had another victory on which to reflect and build my faith.

David wrote, “For You have girded me with strength for battle; You have subdued under me those who rose up against me” (Psalm 18:39). Just as David knew that God would deliver his enemies into his hands because he was outfitted in the right way spiritually, we have the assurance that God will do the same for us. However, we must be in our armor, and the first piece which we put on is truth.