Spiritual Warfare – the breastplate of righteousness

Spiritual Warfare – the preparation of the gospel of peace 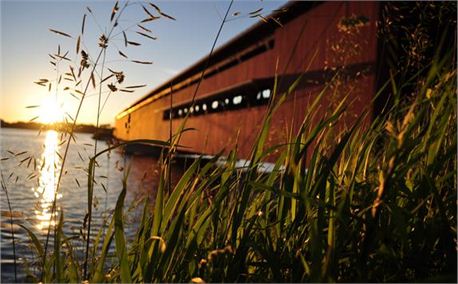 A friend who was acting as power of attorney for his elderly mother played a phone message from his sister. In a chilling voice, his sister said hideous things about our friend’s wife and his children. She then threatened that no one “put their grubby hands” on any part of their parents’ estate. The voice coming across the phone didn’t even sound human, it was so seething with hatred.

It was difficult to believe that this was a sibling saying such awful things to her brother; unfortunately, many people are acquainted with the ugliness and the greed that can manifest during the settlement of a family estate.

Later that night, as my husband and I prayed for our friend, the verse that came to mind was “Do not be overcome by evil, but overcome evil with good” (Romans 12:21). For Christians, it is more than the fact that we’re not to retaliate or seek revenge when evil is done to us. We have a command to overcome the evil that comes against us. We’re to subdue it, in fact, with good.

How is this done?

Three times Paul uses the phrase “stand firm” in this passage. The idea conveyed here in the original Greek is to stand in continuous, immovable position; to establish or to uphold authority. This command to “stand firm” brings to mind 2 Chronicles 20, in which two armies are coming against Israel, and Israel has no recourse, no chance against them on their own. Israel’s King Jehoshaphat calls a national assembly for the people to fast and seek The Lord for what to do. In the midst of this assembly, the Holy Spirit falls on a man named Jahaziel. Jahaziel says, “Listen, all Judah and the inhabitants of Jerusalem and King Jehoshaphat: thus says the Lord to you, ‘Do not fear or be dismayed because of this great multitude, for the battle is not yours but God’s. Tomorrow go down against them . . . You need not fight in this battle; station yourselves, stand and see the salvation of the Lord on your behalf, O Judah and Jerusalem.’ Do not fear or be dismayed; tomorrow go out to face them, for the Lord is with you” (2 Chron. 20:15-17 NASB).

Righteousness leads to deliverance from evil

Paul describes the next piece of armor that we’re to put on, following the belt of truth, as the breastplate of righteousness (Eph. 6: 14). The function of the breastplate (Greek word transliterated thorax) was to protect the chest area, including the heart and the lungs, during battle.

Look at this passage from Isaiah 59:16-17a, talking about The Lord:

“He was astonished that there was no one to intercede; then His own arm brought salvation to Him, and His righteousness upheld Him. He put on righteousness like a breastplate” (Is.59:16-17a)

That is the prophet Isaiah speaking the word of God 700 years before the birth of Christ, using the same picture of righteousness as a piece of armor.

Proverbs 11:6 says “The righteousness of the upright will deliver them, but the treacherous will be caught by their own greed.” Throughout scripture, righteousness – doing what is honest and good and godly – is portrayed as a means of deliverance from evil. This is illustrated dozens of times in the Psalms and Proverbs, especially in connection with Israel winning battles against her enemies.

“The God of peace will soon crush Satan under your feet”

Finally, look at this amazing exhortation from Paul: “Be wise in what is good and be innocent of what is evil [that’s the definition of righteousness]. The God of peace will soon crush Satan under your feet” (Romans 16:19-20). This is a mighty declaration! Paul inserts it matter-of-factly before his closing salutations and blessings to the church in Rome.

We can wryly believe sayings like “no good deed goes unpunished” when we see the way other people reward our righteousness. But how they react is not our focus; God’s opinion of our righteous conduct, including our very thoughts, is our existence. Although it doesn’t feel like we’re doing anything outstanding, except perhaps being taken advantage of, righteousness is actually a weapon of dynamite. Of course, righteousness does not mean that we don’t do or say anything. Often in fact righteousness involves speaking up when it is difficult. But what we do and say and the way we say it and the timing of it is all under the guidance of the Holy Spirit.

When someone viciously attacks you, your spouse and children, the natural inclination is to come back in anger and with some strong words of your own. But when we forego the natural tendencies to react and instead seek the Holy Spirit’s counsel in navigating life’s tough situations and relationships, we’re ensured not only safety for ourselves, but victory over the kingdom of darkness!