“The Son of God appeared for this purpose”

Emily Tomko
Healing, Latest News, The Holy Spirit
by his stripes you were healed, faith and healing, God's will to heal, healing and deliverance, healing God's nature, Jehovah Rapha 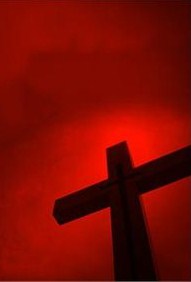 “The Son of God appeared for this purpose, to destroy the works of the devil” (1 John 3:8, NASB). Even though I read, recited, and memorized scripture a great deal growing up, it took years for me to be set free of some of my own theology. For I knew next to nothing about the Person of the Holy Spirit and His role; and without the Holy Spirit, one really can’t properly understand the Bible.

Therefore, my understanding of the gospel went something like this: “We have all sinned and deserve eternal destruction (Hell). Jesus came so that when we die, if we believe in Him we can go to Heaven.” While this is certainly true, it is really only a slice of the gospel (or good news) of Jesus Christ. It’s like someone trying to describe the space program to a remote tribe and saying, “People have designed this machinery that can actually lift off the ground.” Well, that would be true, and it would probably boggle their minds, but it wouldn’t begin to give them a sense of what aeronautics has been able to explore, measure, photograph, and study beyond the earth’s atmosphere. It would be a colossal understatement, and not even grasp the heart of what has been revealed about the universe through knowledge of aeronautics and space.

In the same way, it took the Holy Spirit and a couple years of exposure to good Bible teaching for me finally to grasp in my spirit the fact that Jesus came to establish His kingdom here on earth; that His death on the cross redeemed the legal rights man had handed over to the devil in Eden (see Genesis 3); and that we as His followers are to be establishing His rule of restoration through the power of the Holy Spirit. We are to be destroying the works of the enemy, and preparing the way now for His government and His peace here on earth (Isaiah 9:7, Isaiah 40:3, Mal. 3:1, Matt. 3:3, Luke 1:33).

One of the works of the devil that we are to be eradicating is sickness. There was no infirmity in Eden before the fall, and Christ’s death on the cross atoned for (or made amends for) the curse that came into the world through sin. “Christ redeemed us from the curse of the law by becoming a curse for us” (Galatians 3:13, NIV). Throughout scripture, mental and physical illness is certainly described as part of the curse.

Peter told the church plainly, “By His stripes you were healed” (1 Peter 2:24, NASB) – past tense. Peter was quoting Isaiah, who prophesied of Jesus, “By his stripes you are healed” (Isaiah 53:5). The Greek verb used here for healing is iaomai and is translated as “to heal, to cure, and to make whole.” It is the same word used 18 times in the gospel accounts of Jesus physically healing individuals. With Jesus’ death on the cross, the atonement for healing was made. Peter cites healing as a done deal, thanks to Calvary.

Can sickness be a blessing?

Sometimes you hear people say they thank God for their sickness. While God certainly can work all things for good for those who are called according to His purposes (Romans 8:28), there is no Biblical precedent to embrace sickness or any other form of destruction and death as God’s plan. Throughout the Old Testament and New Testament, sickness is portrayed as a curse, while wholeness is held up as the goal, a blessing from the hand of God. Yes, God can use affliction to get someone’s attention. But I do not think that one can make a scriptural basis that chronic illness is God’s plan and destiny for any of His children.

I think back to a time when I was dealing with a debilitating infirmity. Physically, mentally, and emotionally I was suffering. Those around me were affected by this problem as well. Throughout it, I felt the nearness of God and was able to testify of that. I also felt very grouchy, although I did my best to overcome it. Many people put their schedules aside and stepped in to help me during this time, which I attribute to His faithfulness. But God received the MOST glorify when I was healed! And I was able to magnify Him over and over and over again in my testimony to all those who had prayed for me, as well as minister in confidence to others who I met that were being oppressed by the same problem.  The strain on those around me also went away when my infirmity left.

When I began to take hold of what the Bible teaches about healing, I encountered a great deal of resistance from certain factions of the church. This was understandable, because I myself had been of the same mindset not long ago. I greatly valued a conversation I had with my friend, Pastor Jake Kail, who ministers in healing and deliverance and had in fact ministered to me very effectively during this chronic affliction.

“Jesus healed every single person who came to him and asked for it,” Jake said. “There is no Biblical instance of Jesus turning someone away or saying, ‘you need to endure this a little while longer till you learn your lesson’ or ‘I’ll heal you by sending you to Heaven.’ If there was even one such instance, then perhaps, perhaps, we could build a doctrine around it. But Jesus said ‘If you’ve seen Me, you’ve seen the Father.’ And Jesus spent as much time healing and casting out demons as He did preaching and teaching.”

My stepson has Down Syndrome, and I remember sitting in a sixth grade school evaluation meeting for him and being told he did not have the cognitive capacity to read, although his teachers acknowledged that he could recognize sight words. “All things are possible for him who believes,” Jesus said. I believe this and blessed him and prayed for his restoration many times in recent years, believing that it is possible for God not to be limited by diagnoses such as Down Syndrome. Do you know, my stepson six years later now is reading? Not only that, he loves to do it!

“To destroy the works of the devil.” This is one of the primary things Jesus came to do. This is what we His disciples are to be doing as well. When we take hold of this, we will find that there are many things in life we thought we had to endure but which His word says otherwise. “Is anything too difficult for God?”